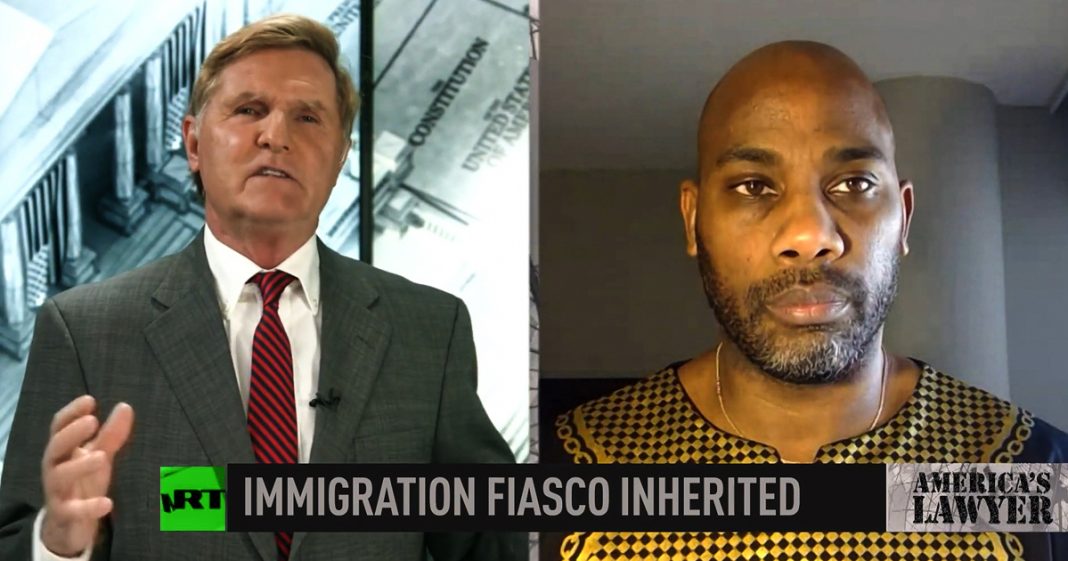 Via America’s Lawyer: Biden’s administration inherits from his predecessor a years-long immigration catastrophe. Mike Papantonio is joined by President of the American Immigration Lawyers Association Allen Orr to explain the steps Biden has already taken toward reshaping a defunct asylum system and promoting legal immigration along the southern border.

Mike Papantonio:             The new administration has inherited years, years long of immigrant, immigration catastrophe. There’s no other way to put it. President Biden is now tasked with remedying a defunct asylum system and reuniting hundreds of migrant children with their families. President of the American Immigration Lawyers Association is Allan Orr, he’s with me to talk about it. Allan, we’ve been on, you’ve been on the show several times and we’ve talked about immigration every time you’re hear because it is such, such an important factor going on in, across this country right now. And I want to ask you, in the first few weeks of his presidency, Biden’s team has announced plans to upend Trump’s remain in Mexico policy. Talk to us about what it means and what it means to undo this.

Allan Orr:                                Right. So it’s not about having no controls. It’s about enforcing the law. And if Congress wants to change the law and not make asylum an option for people in the United States, then they’re welcome to do that, just like they have with some of the other visa categories. The issue is that we’re only focused at the Southern border with regards to this asylum claim and not with all of the airports that come in every day or the trains or the boats. So when it’s focused in that way, it’s not about immigration, it’s about something else and that’s really the heart of this problem is that we’re not addressing the push that’s sort of happening from, from central America. And sort of, we have allowed the Southern border to become a larger immigration conversation. So it’s not about having an open border, border at all.

Mike Papantonio:             Okay. We also hear from the right that, you know what, a lot of these policies were put in place by Obama. As a matter of fact, you know the numbers, Obama deported more Americans if you listen to the right, I mean, they deported more immigrants than they, than the Trump administration. First of all, is that, is that accurate? Was there a bigger number deported? And second of all, are these, are these elements that, that were created by the Obama administration or is that just nonsense talk?

Allan Orr:                                Right. So I think these are elements that were created by Congress. I think we need them to put the focus in the right place, Congress is in control of immigration policy and immigration policy hasn’t been addressed in 30 years. So therefore we’re, we’re an antiquated system, not addressing the needs at any of our ports of entry and sort of turning to nationalism wasn’t the response. With regards to what the Obama administration did, they did deport a lot of people with the hopes of passing an immigration comprehensive bill that did not happen and it didn’t work out that way. Even the DACA policy that was started by the Obama administration to sort of make low level people here who are undocumented, not a priority, even sort of went away and may be dismissed any day in court. So Biden has inherited part of the problems that he left before when he was vice-president of saying, how are we going to organize the system and bring it forward? And when will Congress actually act to update INA and to address the large number of people who are undocumented in this country.

Mike Papantonio:             Okay, Allan, we’re going, we’ll follow this. This is a story that, that progresses every week. So I want to have you back on and we’ll take a look at, at this story as it progresses. Thank you for joining me. Okay.