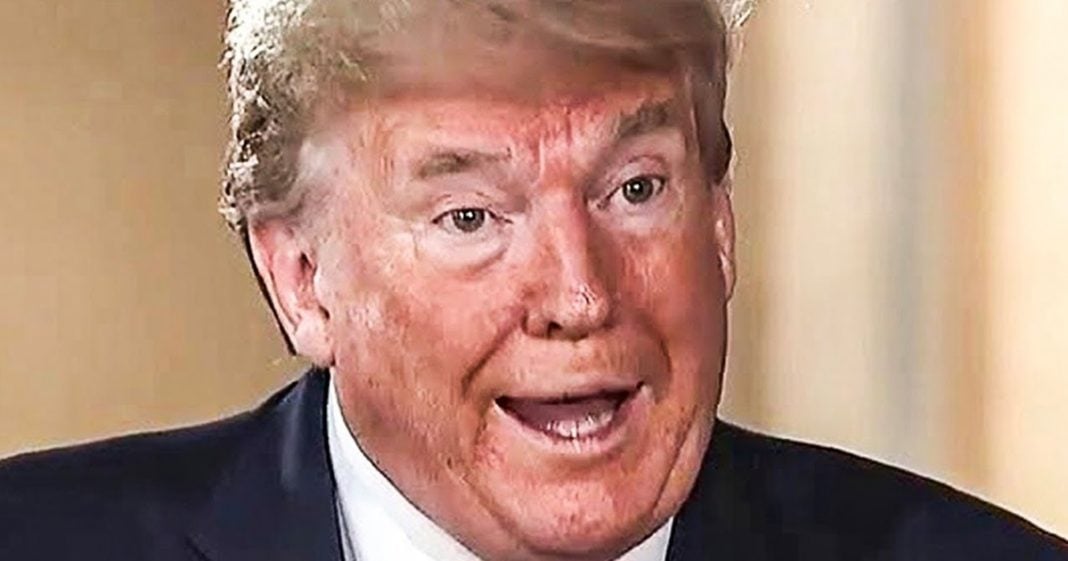 Even as tens of thousands of voters flee the Republican Party because of their devotion to Trump, a new survey found that roughly 75% of self-identified Republicans actually want Trump to continue to play a major role in their Party. This isn’t that different from saying that you want Dracula to stop by for evening drinks, because Trump is absolutely the reason the Republican Party is dying today. Ring of Fire’s Farron Cousins explains what’s happening.

I, I don’t know what I can say without being insanely insulting to the point where I may get the channel deleted at this point, because there are so many things going through my head that I truly want to say about these individuals. But instead, what I’m going to say is this doesn’t matter. Here’s why I say that. Again, tens of thousands of people across the country are leaving the Republican party every single week and they have been since the January 6th insurrection and it is because of Donald Trump. Donald Trump did get handily defeated in every election that took place other than the 2016 election, where he, by the way, still lost the popular vote by 3 million votes, guy never won the popular vote ever. So yeah. You want him to still be a part of your party, go for it. That’s nothing but a nail in your coffin. Then of course, we have to remember something and I had to look this up just to make sure my numbers are white and sure, right, and sure enough, only 31% of this country identifies as a Republican, 31%.

So when you hear things like 75% of Republicans support this guy, cool, that’s 75% of 31% of the population, which basically comes out to, if my quick math is correctly, 22% of the general Republic. That’s not a huge number, not, not at all, really, because you still have close to 80% of the public that says, yeah, this guy sucks. So good luck trying to win future elections with only, you know, maybe even 25% of the population behind you at best. You’re not going to do it. You, you, I don’t know if y’all understand how numbers work on the Republican side folks, but you can’t win an election with only 25%. Um, kind of have to hit that 50% mark and cross that actually, not just hit it, but cross it if you actually want to win an election. So best of luck to you thinking Donald Trump is your way to do that. However, historically just the last four and a half years, he has proven time and time again that he is incapable of doing that.