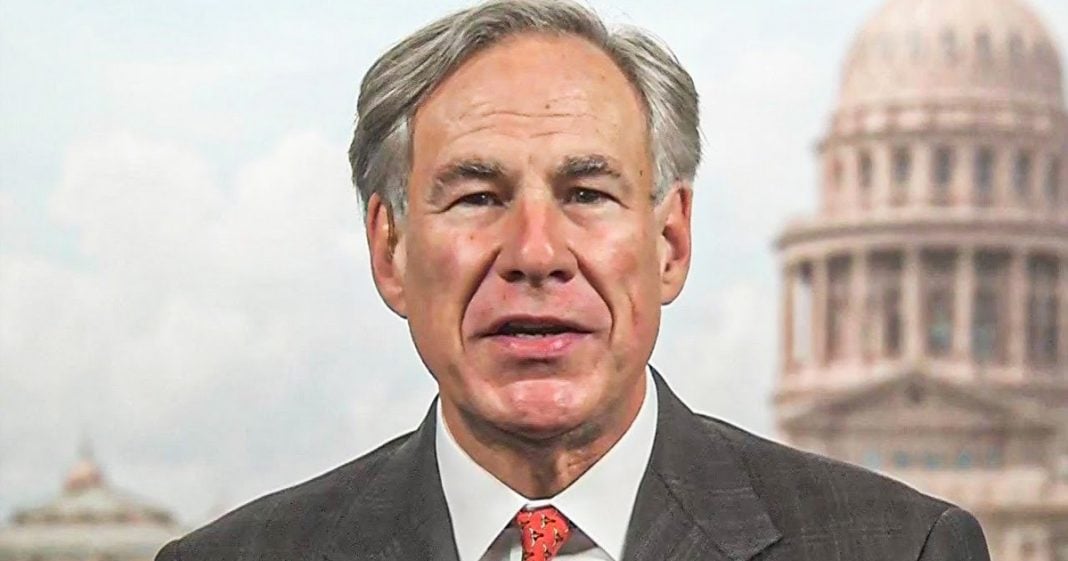 The failures that led to the devastation in Texas were caused by Republican policies. Their desperation to avoid regulations and their blind trust in corporations created the perfect situation for a disaster to strike, and that’s exactly what happened. A similar story has played itself out with the pandemic, and with hurricanes, and with other natural disasters across the country for years. Ring of Fire’s Farron Cousins discusses this.

Millions in Texas have now had their power restored. There are still plenty of citizens throughout the state who are still without power suffering through this massive cold snap and, you know, winter storm that’s coming through there. But ultimately what we have to understand is that what happened in the state of Texas was because of Republican policies. And I know a lot of people like to think that, oh, it’s the middle of a tragedy. It’s not the time to get political. No, that is exactly the time to get political because you can’t just say, oh well, let’s help people and then we’ll talk about it later. No, no, no, no. You gotta talk about these things while it’s fresh on people’s minds, while they can see the results of their actions and that is why now is the only time to talk about all of the failures from conservative government and my God we have seen them across the board.

We have seen them with their failure to regulate the energy grid. They didn’t want to be on the national energy grid so they created their own one that they didn’t have to regulate. They were warned 10 years ago that they were unprepared for the, exactly the situation that struck them this week. So they knew about it for a decade, did nothing because they’re so terrified to tell their friends in the energy industry that, hey, um, we’re going to have to regulate you just a little bit. You may have to pay a little bit of money, but you know, it’s to avoid something like this. The other countries, by the way, or countries, the other States that are actually run by Republicans too, they didn’t have this problem. Why? Because they were part of the national energy grid. They didn’t get to deregulate their own grids because they were on the federal one. Regulations save lives, regulations help prevent disasters.

They can’t completely prevent disasters, but they help to prevent them or minimize the tragedies. But over the last few years alone, we have seen, we have seen the devastation that Republican policies cause folks, I mean the pandemic is exhibit A. Y’all wanted small government, well, that’s what happens when you have small government that’s not able to respond properly to a viral threat. That’s on the Republicans. Texas right now, that’s on the Republicans. You know, dismal responses to hurricanes during Republican administrations because they’ve cut the budget and slashed things like FEMA and emergency response. That’s on Republicans. Not having enough money with the department of interior to come in and clear out the dead growth in California forests that then lead to wildfires. That’s on the Republican government because that is, by the way, the federal government’s job to come in and do that. It’s not a state thing.

Time and time again, just in the last couple years, we have seen the failures of Republican policies play out in this country and it’s devastating and it is unfair to all of these people in these areas that didn’t vote for the Republicans. I’m not saying the ones who did vote deserve it, but this is what they chose. But either way, it’s not fair to everybody and this should not be happening. And if more people wake up and understand that this is what you get when you vote Republican, I think we’re going to have a lot more people second guessing their choices. Maybe sitting there a little bit longer when they’ve got their ballot and saying, well, you know what? This guy helped bring about that massive snow storm that left me without electricity for four days in the freezing cold. We had no food because grocery store shelves have been absolutely demolished. Restaurants are out of food as well. There’s nothing. They’re running out of water and this is all conservative government failures and hopefully the next time these people vote, they remember that.