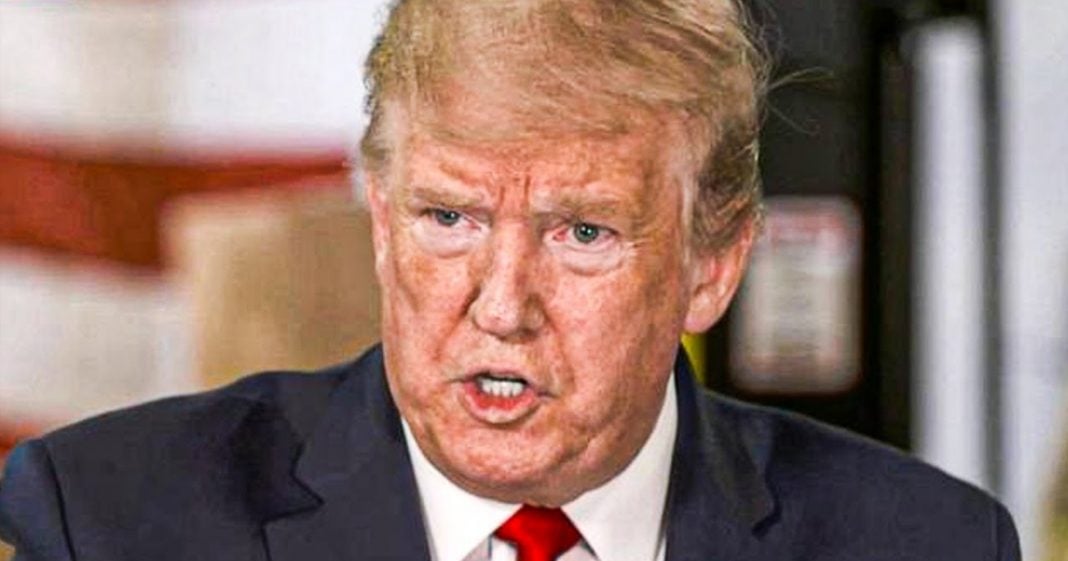 Donald Trump gave his first interview since leaving the White House on Wednesday to Fox News, and the network once again allowed him to make his completely false claims about the election being stolen. He then went on to say that there was no apparatus in the Republican Party to support him when he said the election was stolen, which is also a complete fabrication. Trump still isn’t living in reality, as Ring of Fire’s Farron Cousins explains.

Yesterday Donald Trump gave his first interview, not just since the end of his second impeachment, but since leaving office. You know, the guy basically did what he accused Joe Biden of and he went and hid and didn’t talk to anybody. He didn’t say anything. He hasn’t been on Twitter, obviously he’s banned. So nobody got to hear from him. So he emerged after almost a month of silence. And what did he have to say? The same stupid crap that he was saying that actually ended up getting him kicked off of all the social media outlets. And did Fox news pushback back on any of the lies? Oh, hell no, they didn’t. Donald Trump re-emerged from hiding because that’s what it was, the guy was hiding, and he said quote, I think we won substantially. You would have had riots going all over the place of that happened to a Democrat, but we don’t have the same support at certain levels of the Republican system. So he’s been gone almost a month, gets kicked off social media for his nonstop lies that basically ended up inciting an insurrection. So the first thing he does coming out of hiding for nearly a month, and says, by the way, uh, I won the election. I’ve learned nothing. Thanks for acquitting me. This is who I am. I’m still a horrible piece of crap and a sore loser, big whiny baby. And what gets me though, not just that Fox news didn’t push back on it.

What gets me is that he’s like we didn’t have Republican levels of support. Dude, you had Republicans who have now torn their party apart to support you. You had support from every single level of Republican. There was literally what, seven in the Senate, 10 in the House, 11 in the House, you had 18 Republicans basically out of the entire flippin country that didn’t have your back. Everybody else did. Everybody else did. Not to mention the fact that you and your campaign, were working with the Republican national committee to raise money for your so-called election challenges, y’all pocketed millions. You didn’t spend crap on your challenges. Now y’all are being sued by Eshelman. Yeah, everybody had your back on your side and you’re still over here whining like a kicked dog, acting like, whoa, everything is so horrible to me, oh. Anybody who thinks that this man is either A, a manly man, B, a big, tough macho guy or C, some kind of strong leader, you’re an idiot. This man whines more than any of my kids did when they were teething. I have never seen a grown man be such a whiny little in my entire life. He was gone for almost a month and the first thing he does is starts crying again that, I won the election and the Republicans didn’t have my back. Dude, they had your back. They have torn their own party apart having your back and I hope, I hope that entire party goes down in flames for doing that.