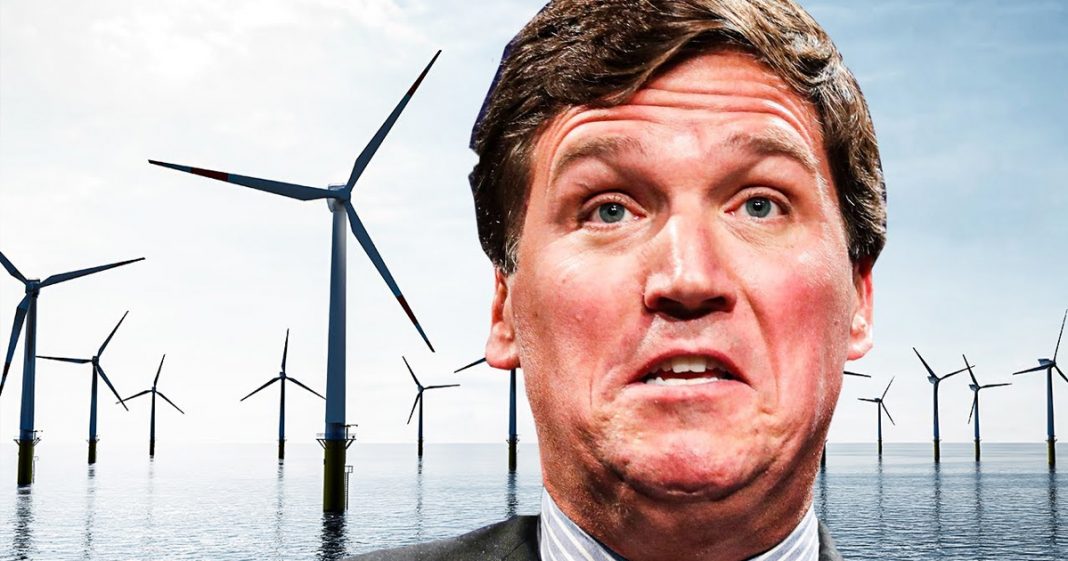 Power outages in the state of Texas have claimed the lives of multiple people after a massive snowstorm blew through the area. And Republicans have wasted absolutely no time finding something to blame other than their idiotic policies – windmills. Conservatives across the country are saying that it is the windmills who are to blame because they froze, ignoring the fact that their policies created the conditions for all of this to happen. Ring of Fire’s Farron Cousins explains what’s really happening.

If you’ve listened to any conservatives talk this week, you have likely heard them say that the power outages in the state of Texas following there snow storm and massive cold front that moved through the region, they’re blaming all those power outages and the subsequent deaths on wind power, specifically the windmills that froze, therefore generating less electricity. Conservatives say that it is because of that, that these people are dead. That 2 million people lost power, lost heat, during these, you know, Arctic temperatures that they were having in Texas. The snowfall, which is obviously hugely uncommon for these area, it’s all because of the stupid windmills and renewable energy. Um, rational thinking human beings understand that is not the case.

The state of Texas has been run solidly by Republicans for well over a decade and the real failure is those Republicans who have been in power, who failed to upgrade and update and regulate the state’s energy grid. Do you know how we know that’s the problem? Because other States aren’t having the same issues that Texas is. They may not get as much electricity from windmills as Texas does. Texas does lead the country in windmills, but Texas is also too reliant on other forms of fossil fuels and more importantly, they don’t require in their state, most energy companies to weatherize their equipment. There’s no regulations on that. You know, you don’t have to be prepared for an extreme weather event like what they saw this week. That’s not required. It should be because although uncommon in the state of Texas, this is not unheard of.

Freak weather events happen all the time throughout America, just depends on where they happen and what the freak event happens to be. You should be prepared for that. But of course, in a state run by Republicans, no, don’t prepare for anything. Don’t do anything more than the absolute minimum to prepare for whatever may be. That’s why Republicans failed so poorly on the pandemic. Not saying Democrats did much better in their States, but it’s also why we’re seeing the problems that we are seeing in the state of Texas. They didn’t prepare and now they need a scapegoat. And what better scapegoat than the thing that you already hate anyway, windmills? Could you imagine being such a despicable human being, a deplorable human being, if you will, that after seeing the devastation, after seeing the deaths, 2 million people without power in 10 degree temperatures, and you go on TV, like these Texas Republicans have done, you say, it’s the gosh darn windmills what done it.

Can you imagine selling your soul to attack a friggin windmill, yet that is where we truly are as a country. That is where the Republican party is. These idiots know that the windmills are not to blame, but they have to do it anyway because that’s what their fossil fuel donors tell them to do. They, they’ve paid them money as I’ve said repeatedly, to be stupid. They give them lots of money and that money buys a lot of stupidity for these Republican politicians. Texas’s energy grid as part of electric reliability council of Texas, the ERCOT system has not been upgraded, has not been updated. It has been allowed to just fall by the wayside. The other energy infrastructure in the state of Texas, as I had previously mentioned, was not up to code to withstand weather events like this. The Republicans themselves are to blame. The windmills getting a little frosty is not.