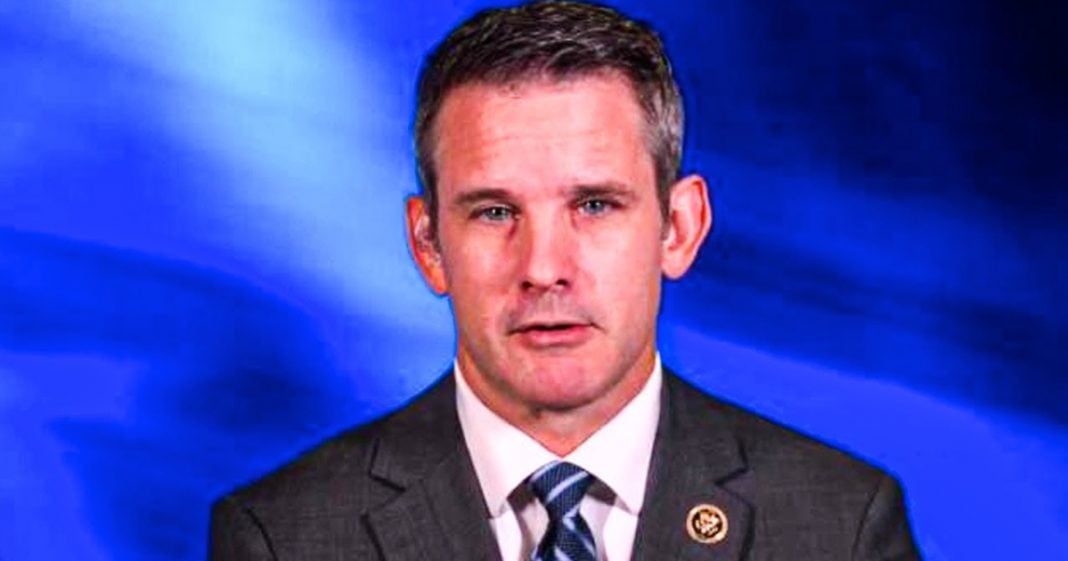 Republican Representative Adam Kinzinger is sharing the messages that he received from members of his own family where they basically disowned him and called him evil for voting to impeach Donald Trump. For these cult members, devotion to Trump is more important than familial bonds, and they won’t hesitate to castigate and cast aside members of their own families if those members are not fully in love with Trump. Ring of Fire’s Farron Cousins explains what’s happening.

Republican representative Adam Kinzinger is one of 11 Republicans from the House of Representatives who voted to impeach Donald Trump on January 13th. And since Kinzinger voted to impeach Donald Trump in the month since that happened, his family has repeatedly, essentially disowned him and said that he is now, I guess, somehow working for the devil and in an interview earlier this week, Kinzinger actually shared the communications that he has been getting from members of his own family. Here’s what they said. They called him a disappointment, both to the family and to God. They said that his remarks about Trump have quote, embarrassed the Kinzinger family name. And then one of them went on to say, how can you call yourself a Christian when you joined the devil’s army, believing in abortion? President Trump is not perfect, but neither are you or any of us for that matter. It is not for me to judge or be judged, but he, Mr. Trump is a Christian.

And you, Kinzinger family member who wrote that, are one of the dumbest people in the country. Like without a doubt. If you think there is anything Christian about Donald Trump, then you’re an idiot. Not just you, I mean the collective you. Anyone out there who thinks Donald Trump even believes in a God, your delusional, the man thinks he is God. I mean, the guy literally has been walking around for his entire life violating the very first commandment. I am the Lord thy God, you shall have no other gods other than me and Trump out there thinks he’s got himself. What the F is wrong with you people? We all know what’s wrong with you, people. Same thing that’s wrong with the Kinzinger family here is they’re members of a cult. They are brainwashed, diluted individuals that need psychiatric help and Kinzinger went as far as to say that his family is brainwashed. Because think about this folks. When you have members of your own family, your own flesh and blood and they say, listen, you’re my brother. Literally, you’re my brother, but you don’t like Donald Trump and so you’re just an evil piece of crap and I never want to see you again, because I love Trump more than I love you.

You see that’s delusional. That’s something a crazy person would say and I’m not going to tiptoe around it. I’m not going to soften my language as people sometimes say I should do. These people are crazy. They’re nuts. They need help as I have repeatedly said, but we actually have to start doing that as a country. Right? I’m not trained in this area. I can’t personally go out there and help these individuals, but we have to come up with something, we have to do something to help these brainwashed individuals before they harm themselves or someone else in service to their master, who is Donald Trump. That is what happens with cults. Eventually the abuse starts every time, every time, whether it’s abuse on their own members, abuse on outsiders, which we’ve already seen with the storming of the Capitol. Folks, it’s coming. More and more of it is coming and if we don’t get these people deprogrammed immediately, then all we can do is just sit back and watch as everything goes straight to hell.