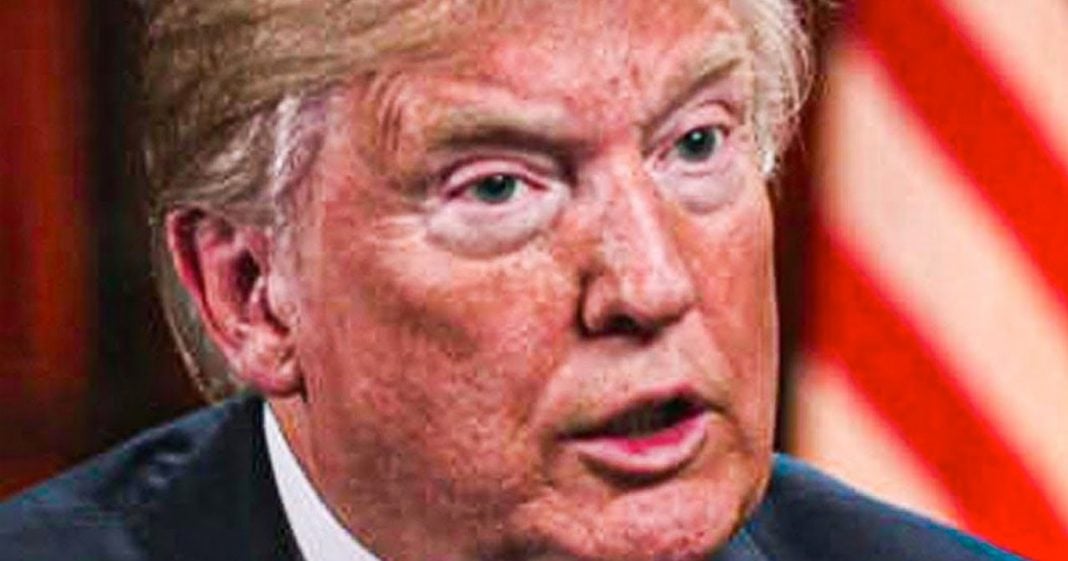 According to the latest YouGov poll, a plurality of Americans say that Donald Trump is the worst president in American history. That isn’t shocking, but what does come as a surprise is that this same poll shows that Barack Obama ranks as the best president of all time. That is likely due to revisionist history of Americans and their unwillingness to remember history, as Ring of Fire’s Farron Cousins explains.

According to a rather ridiculous new poll from YouGov, 46% of people in the United States ranked Donald Trump as the absolute worst president in American history. In fact, compare that to the other guy that used to hold that record, Richard Nixon, Nixon got 5% of the vote. So 46% say Trump was the absolute worst. Then coming up after him is, yeah, 5%, oh, Nixon was bad. I don’t know where George W. Bush falls in that because I’m pretty sure he should at least be somewhere very, very close to Trump. If not, maybe a little bit ahead of him. But that’s not what’s so shocking. Obviously we’re coming immediately off of Donald Trump’s second impeachment acquittal, coming off of the heels of his administration where he bungled a pandemic for the last 12 months. Yeah, dude’s universally hated as was George W. Bush until of course they started rehabbing his image after he left office.

Now he’s the lovable goof who watches football with Ellen. He’s a war criminal that should be in the Hague. Trump is just as bad. That’s not, what’s shocking though. Again, just coming off that administration, yes, you’re going to be super hated. That number is going to go down as the years tick on. What is surprising is the fact that the person who ranked number one is the best president ever was Barack Obama. Now, as I’ve repeatedly said, Obama did many, many things that I wholeheartedly disagree with. He did many things that infuriated me and he did plenty of things that were downright wrong. Most of those over in the Middle East. I however, do not hate Barack Obama. I do not think he is an evil human being by any stretch of the imagination. You know, I know a lot of the more contrarian people love to paint him as somehow just as bad as Bush or Trump.

And that’s just, you’re living in a fantasy world too if you think Obama was as bad as those individuals, sorry, facts don’t support that. Yeah, he did horrible things in the Middle East and he should be held accountable for that. But we all know that never happens, but to paint him in the same picture as those individuals come on, that’s a stretch. But anyway, I would not even come close to ranking Barack Obama as one of the best presidents of all time. He was very mediocre. Did some horrible things, did some good things, ultimately it ways out to middle of the road. That’s the best description of Obama I think anybody could come up with, just middle of that road. He broke barriers, obviously being the first African-American president of the United States. That is huge. So a lot of credit there, he faced more opposition than literally anybody else in history.

But again, the best president ever, no, Lincoln came in second, Obama had 18%. Lincoln had 17%. So it was only a one point difference. But by God, I’m going to have to go with Lincoln over, over Obama. And what’s even scarier is that the number three person with 13% was Trump. Trump’s number three. So he’s not only the most hated president of all time, but he also ranks number three on the best presidents ever list. So like I said, this list is stupid. FDR doesn’t even come in until number four, more people said Trump was better or the best then said, FDR was the best. That’s why polls like this are stupid and that’s why it’s stupid, all the headlines that have been coming out about this poll over the last 24 hours, like Trump’s the worst president ever. Obama was the best. Who gives a crud? Trying to, trying to cut that out.

Who cares folks? Polls, like this are stupid and meaningless. That’s the whole point of this segment to show you how stupid they are. Don’t give credence to these polls. They change so dramatically based on nothing, based on nothing more than the fact that we as human beings forget over time. That’s what these polls are based on. If everybody in this country had a working knowledge of the history of the United States of presidential politics in the United States, Obama and Trump wouldn’t be anywhere near the top of the list for best presidents ever. They wouldn’t. And I know some people are going to get their feelings hurt saying that, but come on folks, learn a little bit of history and see what other presidents really had to go through. Things they did that literally transformed the landscape here in the United States, both physically and politically. We’ve had some great presidents. We’ve had some horrible presidents. But none of the great presidents that we have had have been during my lifetime.