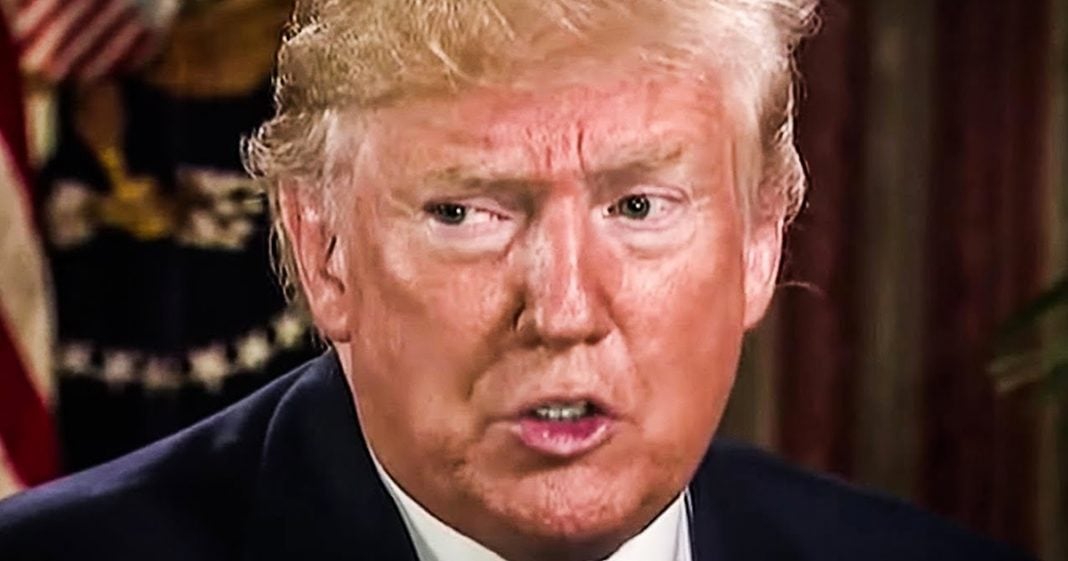 By voting to acquit Donald Trump, Republicans in the Senate proved that they are perfectly fine with Trump sending an angry mob into their offices to attack them, or perhaps to do even worse than to just attack them. We know from their social media posts that some of these insurrectionists had murderous intent for both Democrats and Republicans, but apparently the loyalty and devotion to Trump is worth more than their own lives. Ring of Fire’s Farron Cousins explains what’s happening.

So over the weekend, Republicans obviously voted to acquit Donald Trump. However, we did have seven shockingly seven Republicans who voted with the Democrats, all of the Democrats, again, shockingly, to vote to convict. So by a 57 to 43 vote, place where anywhere else in the normal world that would have been approved, um, nope. Still not good enough. So it is what it is. Donald Trump got acquitted and Republicans announced to the world that they were okay with Donald Trump sending in his crazy followers to kill them. That was the real message. That’s, that’s what they told the world there with that vote, because let’s not forget it wasn’t just the Democrats that these people were after. These people were after anyone willing to vote to certify the electoral college, which was a majority of the House and Senate and we that they specifically wanted to go and kill former vice president, Mike Pence. They wanted to kill him. And Republicans just told us, yeah, we’re okay with that. I mean, we don’t want to ruffle any feathers with this guy who we love and you should love and we know he’s tanking our party.

We know that tens of thousands of people each week are leaving our party because of him. But gee, we have rocks for brains. So we’re just going to keep doing this. Polls have already come out, 60% of Americans are unhappy with the Republicans and wish that the president had in fact, been convicted, 60% want him, wanted the Republicans to convict him, which is actually higher than it was while the impeachment was happening. That was only 57% wanted him convicted. Now that it didn’t happen, 60% said they’re disappointed that they didn’t convict him. Yeah. That doesn’t end well for you, you idiots and I love it. You know, Donald Trump, we knew he was never going to be convicted, again, the outcome totally predictable. But now the Republicans have to wear it around their neck and say, yes, we know he sent people in basically to kill us, but we’re cowards, you know, we’re weak, we’re pathetic and so we’re going to let him off the hook for that and people are going to make fun of these idiot Republicans. They are going to be widely mocked and they deserve nothing less than that.

Let them wear this albatross around their neck for the next two years and watch what happens in the midterms. At this point, all Democrats have to do is actually pass a little bit of good legislation for the American public, deliver on the promises you made, you’re going to take back the House and you’re going to, not take back, you’re going to increase your margins in the House and you’re going to absolutely take back the Senate in ways that you can’t even imagine right now. All you got to do is deliver because the Republicans have tanked themselves. Use that to your advantage idiots and I say idiots, because these are the same Democrats who voted on Saturday, hell yeah, we’re going to get witnesses. And then when Republicans went with them, they were like, oh, well we didn’t. I mean, we, we actually want to get home for Valentine’s Day, so we’re not going to do witnesses. Yeah, so Democrats kind of screwed the pooch there too. Failures on both sides, but obviously the failures on the Republican side outweigh the Democratic side because at least all of the Democrats said, we’re not okay with this psychopath sending in his even more psychopathic followers to try to kill us.