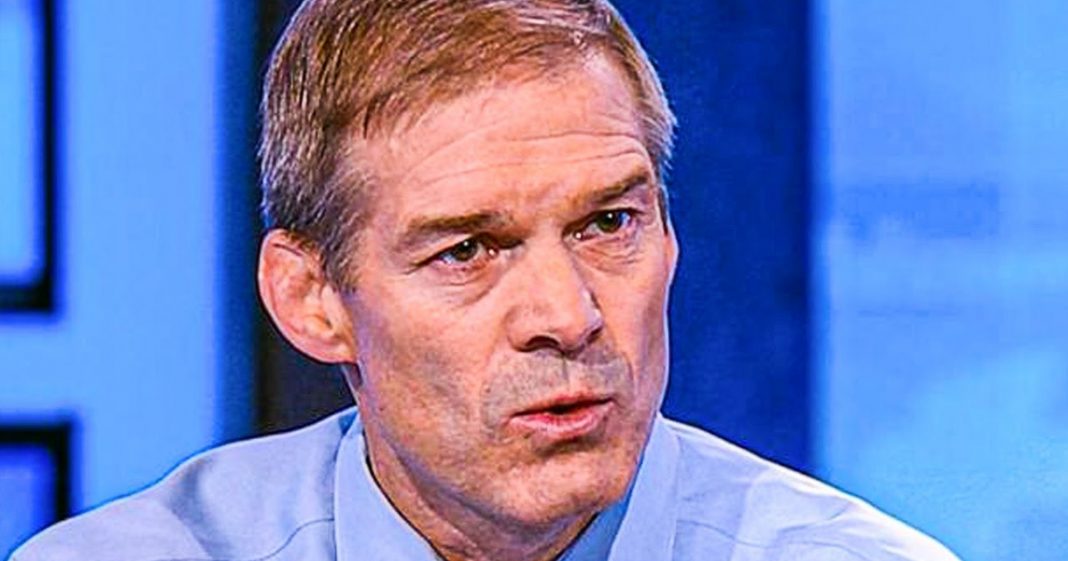 During an absolutely idiotic appearance on Fox News over the weekend, Representative Jim Jordan opined about “cancel culture” claiming that is was the biggest and most important issue in America today. During a pandemic and a recession and on the heels of an insurrection by crazed Trump supporters, Jordan says that there is nothing more pressing than cancel culture. Ring of Fire’s Farron Cousins explains what’s happening.

On Sunday, Republican Congressman Jim Jordan appeared on Fox news opposite Maria Bartiromo and Alan Dershowitz to talk about, I guess what the next big issue for America is now that the impeachment is over and Jim Jordan didn’t mince words. He knows exactly what the country needs to do. The issue we have to focus on in order to move forward as a country and Jim Jordan explicitly said, it’s cancel culture. Cancel culture he said is quote, this is the number one issue for the country to address today. If we don’t push back on this and stop it and stand up for the constitution, the first amendment, it will only get worse. And then Fox news host Maria Bartiromo told, chimed in and said, it’s true. Cancel culture. You know, I think that’s probably one of the dumbest terms we, as a collective people, have come up with over the last few years, cancel culture.

They’re canceled. No, you know what it is, it’s frigging accountability. That’s what’s happened. Now people are being held accountable for the stupid and racist things that they say. That’s not canceling them. That’s just saying, listen, if you want to be a horrible piece of crap, human being, that’s your God-given right. We’re just not going to associate with you anymore. That’s our right to do that. There’s no first amendment violation there. There’s no constitutional violation whatsoever. I would think these idiot lawmakers would understand that, no, there’s nothing in the constitution that says that I can’t disassociate from an individual because they’re a racist. Are we really sending people to Washington, DC that are this like painfully stupid? Because Jim Jordan is painfully stupid and talk about cancel culture. This is a guy that should have been canceled years ago when it came out that he intentionally did nothing about the fact that wrestlers in Ohio state were getting diddled by their doctor up there, they were getting abused.

They were getting harassed. Jim Jordan knew about it. Did nothing and that this continues to win elections. If anybody should have been canceled and if anybody needs to shut their mouths before they get canceled, I’d think it’s Jim Jordan. Again, if stories like this don’t infuriate you, then you’re clearly not paying attention these days, folks. Jim Jordan is a scumbag. Jim Jordan is a scumbag that’s facing multiple lawsuits. He’s been named in multiple lawsuits for being such a scumbag, by the way. And here he is allowed to go on the largest cable news audience out there and say, cancel culture is the worst problem in America. Yeah, cancel culture is the number one threat, right? We’re in the middle of a global pandemic. We’re in the middle of a recession. We just came off an insurrection on January 6th, but yeah, sure, Jim. Cancel culture is the biggest threat to America today.