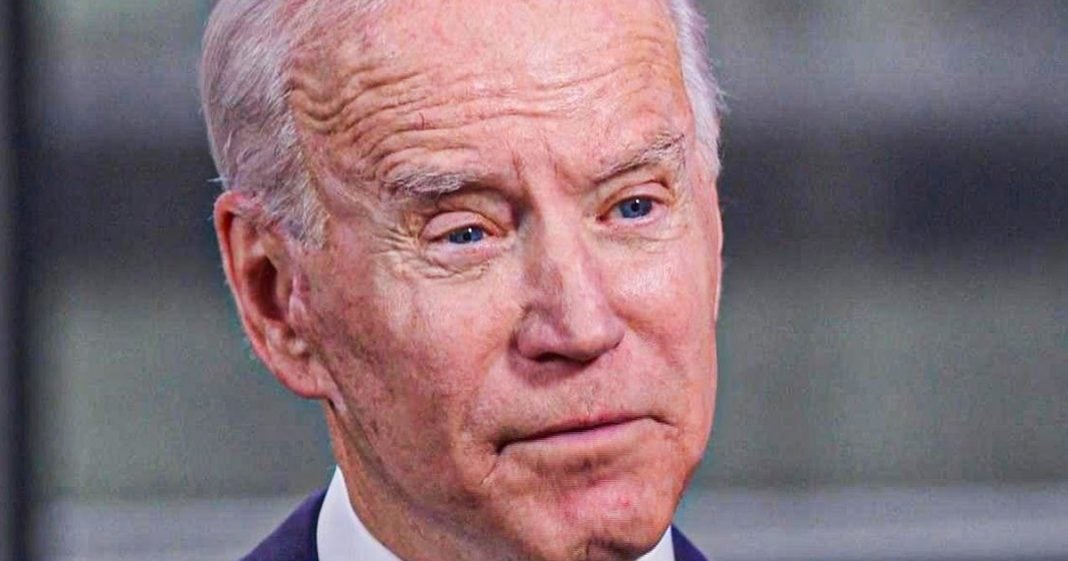 President Joe Biden told Congress to get busy on gun reform legislation over the weekend, as the country marked the grim anniversary of the Parkland tragedy. America is in desperate need of reform on the issue of firearms, and there is no better time than right now to start on this. Biden wants to secure a legacy, and this is one of the ways in which he hopes to do it. Ring of Fire’s Farron Cousins discusses this.

Sunday Valentine’s Day was the grim three year anniversary of the Parkland high school tragedy, the Marjory Stoneman Douglas high school tragedy down in Parkland, Florida. On that day, president Biden gave a speech. It was a very good speech actually because in the speech he called on Congress to get to work on common sense gun reform legislation, which by the way, because I know people are already fired off their idiotic comments about no, you’re take our guns. Majority of NRA members support gun control reform, majority of average non NRA member Americans support gun reform. Last polls I saw, majority of Republicans support it. Majority of people, regardless of affiliation, you know, party or organization in this country do support these measures. Okay. This is actually not a partisan issue anywhere except in Washington ,DC. That’s what’s so crazy about this. Gun control, gun reform, whatever you want to call it is broadly supported by a majority of people out here, average working Americans day to day, right? It isn’t until you get to DC and the halls of Congress where suddenly this becomes a massively partisan issue. And then of course they bring it back to their States when they run for reelection.

I know because we live in the area that our local TV stations are actually based in Alabama. So we get all the Alabama ads and every one is the same, it’s they’re coming to take your guns. If you don’t vote for me, you may as well burn your guns right now because they’re gone. They, they do say that in every ad, it’s always about guns, guns, guns, guns, guns. And then of course nothing ever happens because they know it’s not ever going to happen. But what needs to happen as Biden correctly said, is it, we’ve got to do some things to at least limit the ability of people to get their hands on these horrendous weapons of death. A gun is designed to kill something. That, that is the function of it. That is what it does. It is designed to kill. He called for mandatory background checks, which would mean closing the gun show, show loophole, banning high capacity magazines, which makes a whole hell of a lot of sense. You’re not out there fighting a war.

You shouldn’t need something that can fire off 30 rounds a minute when you’re hunting. If you’re that bad at hunting, maybe take up a new hobby. Hunters don’t actually even use these things, by the way, but that’s a thing Republican say, well, we need it for hunting. How many deer are you going to kill in the next two minutes, huh? Are you going to kill 120? Okay then no, no you don’t. What you’re going to do is you’re going to tear up the animal to point where you can’t even use it for food. Nevertheless, American’s support what Joe Biden is proposing here. The problem is you’re going to have idiot Republicans and the NRA use this soundbite to tell us in the next election that Joe Biden is coming to take your guns. Mark my words, it’s going to happen. And what Joe Biden is saying needs to happen, unfortunately probably will not happen, but it needs to and a majority of Americans want it to.