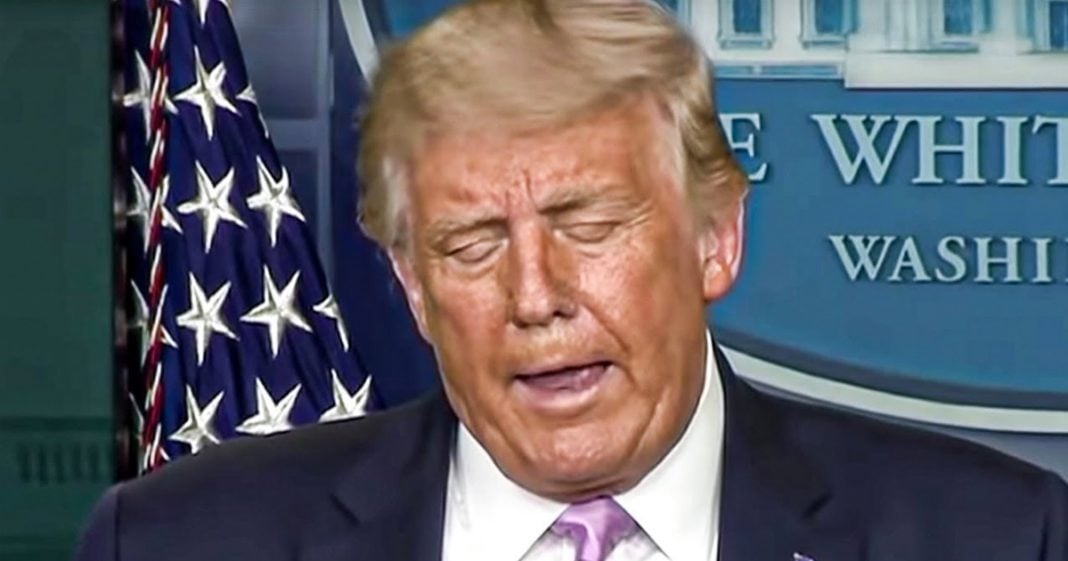 According to new financial filings, the campaign of Donald Trump gave more than $3 million to the groups that ended up organizing the January 6th rally that preceded the attack on the Capitol. This is just further evidence that the President knew full well what was happening, and that he put his own ego ahead of the safety and security of the country. Ring of Fire’s Farron Cousins discusses this.

According to new FEC filings by the Donald Trump campaign uncovered by the campaign legal center and reported by Open Secrets, who’s also been looking into this and working on it, the Trump campaign paid a total of a little more than three and a half million dollars to some of the people involved in organizing the January 6th, the rally that proceeded the attack on the Capitol. Here is as reported by Open Secrets, Open Secrets unearth more than three and a half million dollars in direct payments from Trump’s 2020 campaign along with its joint fundraising committees to people and firms involved in the Washington, DC demonstration before a violent mob stormed the US Capitol. Recent FEC filings show at least three individuals listed on permit records for the Washington, DC demonstration were on the Trump campaigns payroll through November 30th, 2020. The Trump campaign paid event strategies incorporated, a firm named in a permit for the rally that also employed two individuals involved in the demonstration as recently as December 15th, just three weeks before the attacks on the US Capitol.

That’s according to the most recent FEC filings covering spending through the end of 2020. So these same individuals that were being paid literally by Trump ended up creating this event that ultimately led to the insurrection. And again, this is what we know so far through the end of 2020. We don’t know yet if these individuals were paid in January a couple of days before the event, we don’t know if they continued getting paid after the event. We will know though, because those records will become available probably within the next few weeks and there’ll be more stories on it hopefully. The question is, will anyone pay attention and actually be able to connect the dots the way that Open Secrets and the campaign legal center have? Because that’s what they’re showing here. They’re showing that this was not something that Trump just stumbled upon. This isn’t something where they said, oh, by the way, we’re doing a thing. Maybe, maybe you should come speak at it.

They were at the heart of it. They were a part of it. Their people put this on and there is no way to separate him, his campaign, his family, because his kids spoke at the rally. They were all in on this. They were all, every one of them. That is what this means. They, they, they knew what this was. Hopefully, as we move forward this week with more on the impeachment trial, I would love to see this introduced. I would love to see this discussed. I would love to see Republicans squirm as they hear this information because I can promise you they’re all ignoring it right now. They’re doing their best to pretend this stuff isn’t concrete evidence. If we were building a case in an actual court, you know, in a criminal court, instead of an impeachment trial in the Senate, this would absolutely be an exhibit.

This would tie Donald Trump directly to the event that preceded the attack on the Capitol. He would not be able to distance himself from it. He would not be able to disavow it. He would be right there at the heart of it. But impeachment trials work a little differently and that’s unfortunate because this is a pretty damning piece of information that we now have that likely won’t play any role in this impeachment. And unfortunately, I don’t know how double jeopardy works with trying to convict somebody in criminal court for something they were acquitted of in an impeachment trial. I assume you probably can’t do that, which is a shame. This is important stuff. This is the money trail and that is the number one rule in journalism is follow the money. Well Open Secrets, the campaign legal center, they did follow the money and it goes right from the event to Donald Trump.