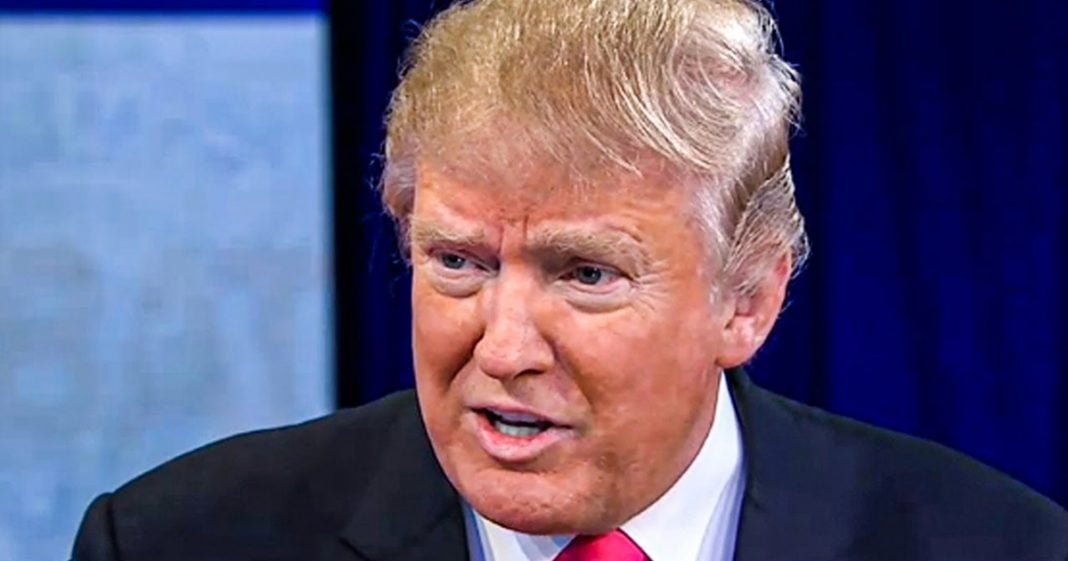 According to staffers for the former President, Trump has shown absolutely ZERO remorse for the insurrection and the attacks on Mike Pence from his supporters. Pence is still in a bit of disbelief, according to his aides, over Trump’s behavior, but everyone knows that if you try to play nice with Trump he will eventually turn on you. Ring of Fire’s Farron Cousins explains what’s happening.

As the impeachment trial was underway last week aides to the former president told CNN that Donald Trump has not shown, not once since January 6th, has he shown any bit of remorse for what took place at the Capitol that day. And just, you know, speaking legally here, when you’re trying to build a case against a defendant, you know, somebody accused of a crime, one of the things that the prosecution likes to show is that the guilty party has no remorse whatsoever. The defense always likes to prove that, oh no, he’s, he’s so sorry for what he did. He didn’t mean to do this. It was, you know, circumstances, a crime of passion, whatever it is. And these aides to the president who spoke to CNN, or former president, say that there’s none, there is no remorse. This man has absolutely no, no shame, no pity, nothing for what happened in the Capitol, even after all of these new videos emerged during the trial last week, showing how terrifying the situation truly was.

And the aides also say that his relationship with former vice-president Mike Pence is shattered. And this actually, as CNN points out, confirms what Pence’s aides have told CNN and that it is that there’s no more love between the two. Mike Pence was also one of the victims of this insurrection. We know, based on social media posts, that some of these folks went into the Capitol with the intent to get Mike Pence. They were unhappy that he was going to preside over the electoral college certification, which is his job as vice-president. They viewed him as a traitor, Trump’s attorney Lin Wood said he has proof that Mike Pence is a traitor, I guess to Donald Trump, clearly not to the country. And we’ve all seen the video of course, of Mike Pence being ushered away as the folks were coming and down the halls.

So Pence has a good reason to be upset with Donald Trump, especially if Trump is not showing any remorse. Trump hasn’t picked up the phone and said, hey, uh, Mike, dude, I am so sorry. I didn’t know that was going to happen to you, man. I certainly didn’t mean that. Like that’s, that’s really all it would take, but Trump can’t do that. Trump loved what happened that day, according to these same aides. He was sitting there watching his TV. They said they couldn’t get in touch with him. He didn’t give them any kind of answers as to what they should do. He didn’t call in the national guard. He just sat there watching the TV, loving every second of it. And even after he found out what these people wanted to do, wanted to do to his vice-president, wanted to do to some of his friends in the Senate, he still didn’t stop loving every second of it.

Didn’t have it in him to make those calls and say, oh my God, I’m so sorry. Now none of that is shocking. As I’ve repeatedly said over the years, and many others have pointed this out as well, if you try to work with Trump, he will end up humiliating you. When it is no longer expedient for him to like you, he will drop you. You mean nothing to him. I mean, this is pure psychopathic behavior. So is the lack of remorse or empathy. Not sociopathic, we are talking psychopathic because he views people as tools as a means to an end, to achieve his goals. And that is what Mike Pence was. Mike Pence helped shore up the evangelical votes for him, helped shore up his relationship with the old school conservatives. But the second he was no longer needed, Trump was sitting there cheering on the very people who said they were coming after him.