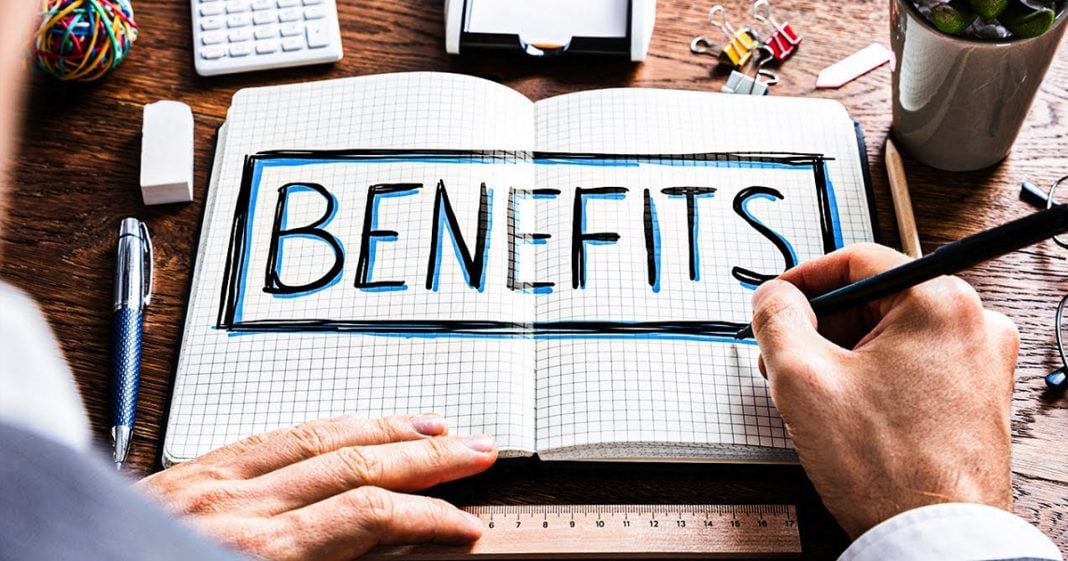 According to a new analysis by a human resources firm, the United States ranks dead last in worker benefits among ALL developed nations. We are the only country that doesn’t guarantee time off for certain life events, and we have the fewest rules protecting workers’ rights to be away from work. The message is clear: Americans are over-worked and over-stressed, and as always, underpaid for their labors. Ring of Fire’s Farron Cousins discusses this.

According to a new analysis released this week by a human resources firm, the United States ranks dead last in worker benefits among all developed nations. We are the worst. We’re the worst on healthcare. We’re the worst on paid sick leave, maternity leave, paternity leave, vacation days, sick days, whatever it is, our employers are the worst among the developed world. I have to read this directly from CNBC. The US is the only advanced nation that doesn’t guarantee paid vacation time to workers. By comparison, Europeans get at least 20 days of legally mandated vacation days. Some countries require at least 30. It’s also the only industrialized nation that doesn’t offer universal healthcare for its citizens. The US spends more on healthcare than other high-income countries relative to the size of its economy.

However, it also has the highest number of hospitalizations from preventable causes and the highest rate of avoidable deaths relative to other wealthy nations. Denmark, the Netherlands, Finland, Sweden and Switzerland were the top nations for worker benefits. Those, you know, Democratic socialist countries, Democratic socialist countries, still Democratic, but lots of socialist policies and they’re the best. So all these little, you know, everyday busy bee workers throughout the United States who panic upon hearing the word socialism, because Republicans have taught them to respond like that. Like their Pavlov’s dog, the panic, every time you hear socialism. Yeah, turns out that’s a better system. Turns out that system would take care of you in a way that our system here in the United States refuses to do. Why? Because most of our politicians are bought and paid for. By who? By the companies that you’re working for.

And because those companies don’t want to have to pay you for days that you’re not there, you know, vacation, sick and all of that, they lobby the politicians that they own and they say, hey, make sure you don’t pass a law saying I have to give these people time out, time off. And of course, here’s your check for this quarter. And so the politician says, wow, thanks for the check. As soon as this clears, I’ll make sure that I don’t pay or that I don’t pass any legislation that is going to negatively affect you and benefits your workers and so on and so forth the pendulum swings. Employers don’t want to pay people more. So instead they pay their politicians to legally say, you don’t have to pay your people more. Then a couple years pass, and you got to do it again and again and again and again, and we’re the worst.

We’re the worst. I hope people understand this. I hope this, this study, you know, this report, I really wish this was the kind of thing that went viral. I know it’s not funny. I know it’s, you know, a little hard to understand for a lot of people. I know it’s not a lawyer who can’t get a cat filter off his face, but this is the kind of crap that has to go viral, that everybody needs to pay attention to in order for us to demand the proper kind of change here in the United States. Because until then stories like this, they’re just going to fade away into the dark and everybody’s going to forget about it in two weeks anyway.