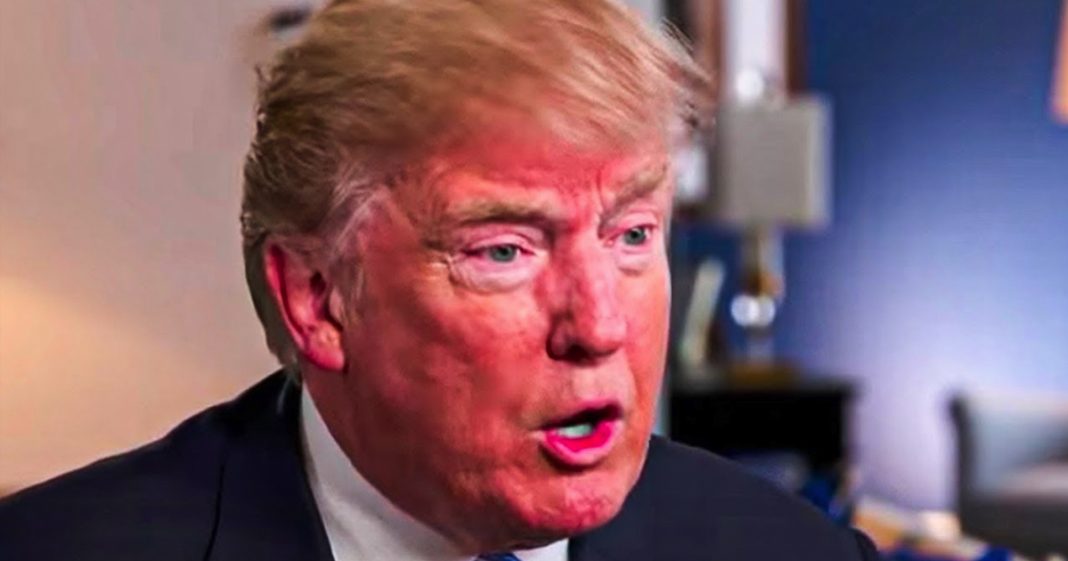 The state of Georgia has launched an inquiry into Donald Trump’s phone call with state officials where he asked them to go out and “find” the votes for him. If the inquiry provides any evidence, they will likely end up launching a criminal probe into the matter. The former president could easily be in very serious trouble, and Ring of Fire’s Farron Cousins explains what happens from here.

Donald Trump might be focused on his impeachment trial this week, you know, and all the alleged criminal activity there, but what he needs to be focused on is the criminal activity that may have taken place at his own hands in the state of Georgia. And by at his own hands, I mean, obviously with the phone call that he had made to secretary of state Brad Raffensperger where he repeatedly told him to go out and find those votes to let Donald Trump win the state of Georgia. You see the state of Georgia this week, the office of the secretary of state announced that they were going to have to go ahead and open up an inquiry to find out if any laws were broken. And under Georgia law as we have discussed, yes, coercing someone to change the outcome of an election is in fact, a felony punishable by several years in prison.

And now given the evidence that they have, they have enough evidence to open the inquiry to find out if Donald Trump did break the law. Now here’s what happens from this point forward. They’re going to send out their investigators. They’re going to look into the matter, they’re going to interview individuals. They’re going to find out if there is enough evidence to submit it to the Georgia state attorney general, who would then open the actual criminal probe into this matter. Now Trump’s statement taken on its face, you know, right there for what he says, word for word does, according to legal experts, violate that law in Georgia. Now you also have to prove intent. That’s where things get a little murkier with situations like that. Did he intend for the guy to go out there and actually manipulate the ballots? Did he go out there to find things that didn’t exist?

Or was he saying, hey, look, come on. We know you got lots of votes you haven’t counted yet. Go find them, they’re in there, find them. You know, that’s an innocuous statement, believe it or not. Look, trust me, I want the guy convicted a hundred percent and I believe he should be because we know his intent. But what I’m trying to do is explain to everybody it’s not always as cut and dry as we would like to think it is. So yes, if Trump is out there saying, dude, go, just go, go find them, find the votes, find them. That’s actually not illegal. But if he says, come here, go find enough votes for me to win. Do you see the difference in those two statements? And I know it seems funny and cute, but I’m actually not trying to be funny here.

There is a world of difference between those two statements. One of those, if used in court, if proven in court would show that I just broke the law, the other nobody’s going to take that seriously. They probably wouldn’t even go to the criminal probe part if it turns out that’s what it was. So that’s what we’re dealing with. What was the tone? What was the inflection? What was the surrounding context? Again, we all know what he meant. The question is, will the investigators find enough evidence to move forward with charges? Another one of those wait and see moments and let’s hope that these Georgia Republicans who he spent months trashing, get enough of what they need to be able to hold him accountable.