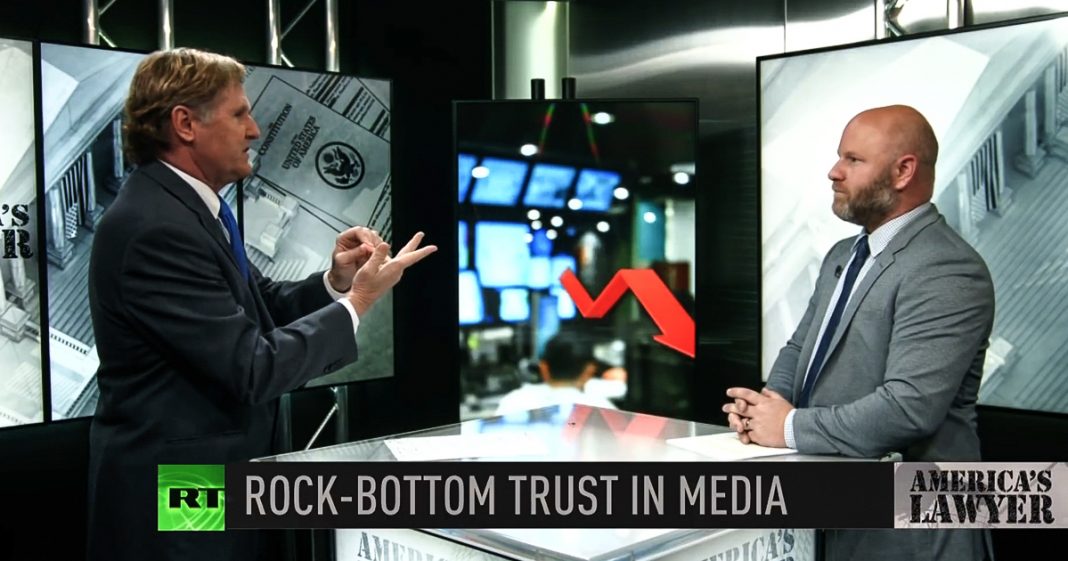 Mike Papantonio:             Trust in the media is hitting all time lows and the public has good reason not to trust corporate outlets. How long have we been talking about this? How long have we been saying, used to be in 1980 there were what, 50 or 60 independent organizations in the media. They’re all swallowed up into three now and those three do not do investigative journalism. They fired all their real journalists. It’s infotainment and, and, and they’re paying for it, aren’t they?

Farron Cousins:                  The, they are and it’s unfortunate too, because now we’re starting to see some of the online companies fall in that same category, I guess, now. They used to have independent journalists, Huffington Post, I know they had their celebrities doing their posts, but they also had a wonderful investigative journalism team. They have had to cut that down. The Intercept we’ve talked about, they’ve got some great people still. They don’t have as many as they used to though. You know, they’re all having to cut down and it’s because they’re not getting the advertising dollars. Intercept, they’re not willing to go the infotainment route, but so many of them are struggling to get by and so you do see them go for the more sensational nonsense stories.

Mike Papantonio:             Corporate, corporate media is dead. It’s dead or dying. Unfortunately, when we do real stories, even on, on this program, we try to real stories all the time, they don’t look like what corporate media is pouring out. They don’t look like the pablum that, that, that readers are used to seeing and viewers are used to seeing. Sometimes they miss the stories because it doesn’t feel like it doesn’t feel right. Farron Cousins, thank you for joining me. Okay.