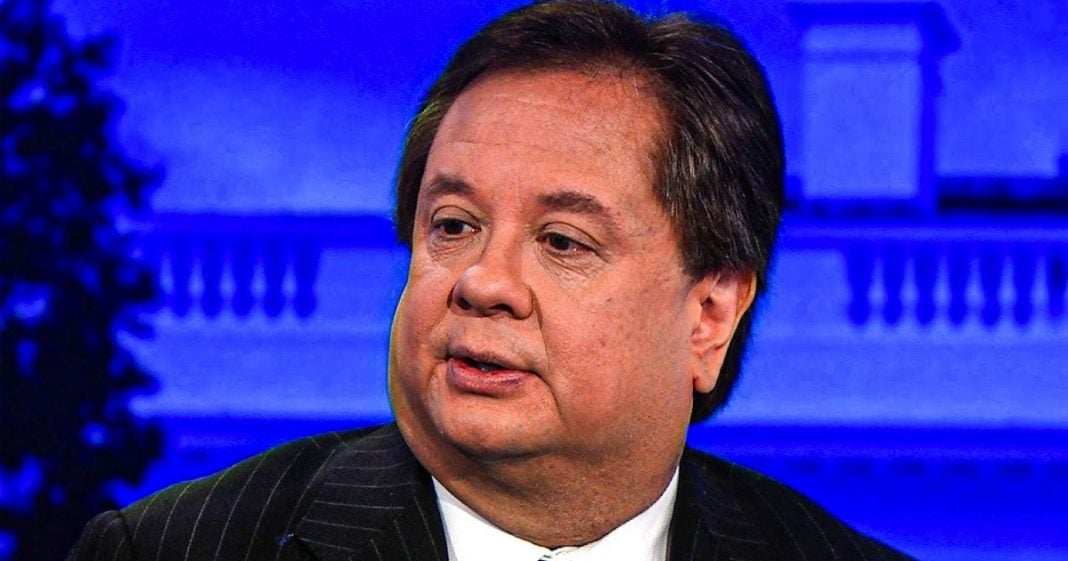 The Lincoln Project has been exposed by journalists, and now they are running for cover. George Conway, one of the founding members of the anti-Trump group, has called for an independent counsel to step in and investigate the group, and that’s not a bad idea. Ring of Fire’s Farron Cousins explains this new scandal and why it is just further proof that these people were never really on our side.

The Lincoln Project is in a lot of hot water this week. Reports emerged that the group, one of the founders John Weaver, had allegedly been using his position in the Lincoln Project to get positions for men that he had sexually harassed in the past. You know, please don’t sue me. How about I get you this good job with this organization? And then, then on Thursday, the group posted screenshots of some chats that they clearly did not have permission to post of New Hampshire Republican chair Jennifer Horn, conversations they were having with her, those were promptly deleted, but, yeah. So the Lincoln Project kind of fell into a bit of disarray this week to the point where George Conway, Kellyanne Conway’s husband and one of the founders of the group, said that they need to appoint some kind of special counsel to investigate what the hell is happening with our organization because we don’t stand for this. Absolutely not. Except this is exactly what Republicans do.

Sorry, George. Been warning folks for a very long time that these people are not our allies. You can take the man out of the Republican party, but you can’t take the Republican party out of the man and that is what we are seeing right now folks, they’re kind of getting their comeuppance. Now I have agreed with a lot of what this organization has done with attacking Donald Trump, attacking other Republicans, I wholeheartedly support it, but I was never once willing to call these people allies. I was never once willing to actually be on their side and sure, right now, everything that’s happened, these are all allegations. And I’m sure some people are saying, well, hold up now we can’t rush to judgment yet. Eh, I really think we can. These are the same people, regardless of this current little scandal, these are the same individuals who helped push us into Iraq.

These are the same individuals who have caused the deaths of thousands upon thousands, upon thousands of US soldiers, not to mention hundreds of thousands of civilians over in the Middle East with their policy. These are the individuals that were okay with torture. These are not our friends, these are not our allies and these are not liberals or progressives or Democrats or anything like that. They are still Republicans. Just because we hate the same guy doesn’t mean that we should be embracing these individuals and singing koombaya. Let them do their thing to take down Trump and other horrible Republicans and we’ll do whatever we need to do over here. But if this scandal turns out to be true, then this group obviously has a lot of demons kicking around that they need to deal with. Another thing I wholeheartedly disagree with here though, is George Conway, I agree with him saying that they need an independent group to investigate them.

Absolutely. But they have decided they’re going to hire a group to investigate themselves. Yeah and I wonder what they’ll say. I’m sure they’ll say, hey, it turns out only the one person did anything bad at all. Everybody else is wonderful and great and just that one guy. So we’ll get rid of the one guy and then we’re such back to being a great organization. You have nothing to worry about. We’re totally on the level, right? I mean, we don’t even need to wait for the results of whatever investigation will happen because I can promise you changing a few words here and there, that’s exactly what this group that the Lincoln Project is going to pay is going to say.