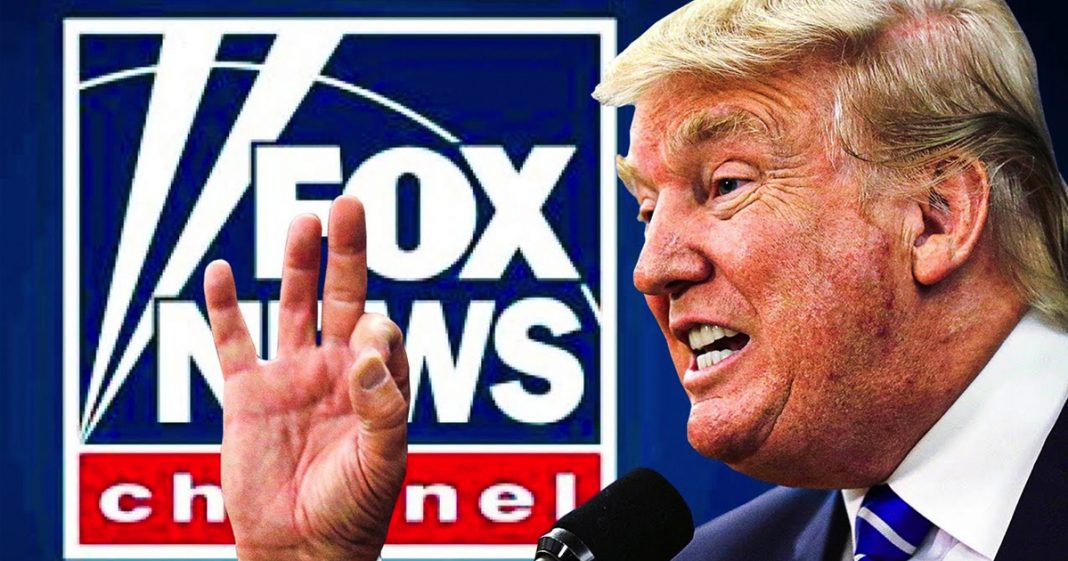 Fox News is trying to argue in court that the 1st Amendment gives them the right to report inaccurate information about any aspect of voting, including the lies that the network told about voting technology Smartmatic. Fox is being sued for billions of dollars in a defamation suit, and this is the best argument that their high-priced lawyers have been able to come up with. Ring of Fire’s Farron Cousins explains why this defense is likely to fail miserably.

Fox news has hired the very famous law firm of Kirkland & Ellis to represent them in the defamation suit that they have been hit with by Smartmatic voting technology company and lawyer Paul Clement for Kirkland & Ellis argued this week saying, quote, this suit strikes at the heart of the first amendment. Smartmatic’s theory is fundamentally incompatible with the reality, with the reality of the modern news network and deeply rooted principles of free speech law. And he said this in a motion filed in court to dismiss the defamation lawsuit against Fox news. And for any of you looking for a little bit of a translation from legalees to English, what this means is that they’re trying to say, listen, in the era of cable news, you know, news comes fast. Things happen fast, especially with regard to elections and information changes at the drop of a hat. That doesn’t mean we lied. It means that new information became available that made what we had previously said irrelevant.

Also, meaning, we don’t have to go back and retract it or issue apologies because new information came about. And so that’s just what happens, especially they say in the motion, regarding elections. That’s not a bad argument. I, 100%, if I was in their situation, I would probably be making the same argument. Problem is they still have no chance because it’s, it’s the best argument they can make, but it’s still a bad argument because Fox news did not simply just misstate the results of an election. You know, they, they didn’t call a state incorrectly and then have to go back and say, oops, no, Florida didn’t go to Gore it went to Bush. No, see, you didn’t have any of that. What you had was Fox news spreading conspiracy theories that Smartmatic was somehow switching votes from Trump to Biden. At that point, you leave the realm of rapid fire news reporting and you enter into the realm of pure fantasy conspiracy theory. That’s where you are.

There is no evidence, there isn’t a single shred of evidence available in this country that shows, that proves, that, that, that, that verifies in any way that Smartmatic switched any votes from Trump to Biden or from Biden to Trump. There’s no evidence. There’s no evidence that Dominion voting systems did that either. But Fox news and many of these other right-wing outlets and right-wing personalities went out there and made these claims with no evidence. And now these lawyers are trying say, but that’s just how the news goes. Things happen fast. We don’t have time to fact check. We got to get that news out because we gotta be first and that’s why this is protected under the first amendment of the US constitution. We legally have a right to lie. And of course, yes they do. The courtshHave already ruled that, that the media can legally lie to you.

But, defamation, slander, liable, libel, that is the exception, right? You can’t lie about a person or company and that’s where that gray area hits in. And that’s why I, again, I think that these Kirkland & Ellis lawyers, they put forth the best argument they could find, but it’s still not a good argument and I certainly don’t think that it’s a winning argument. The network knew what they report, were reporting was false. This does not fall under the, we didn’t have time to fact check kind of thing. This happened for weeks and weeks and weeks and weeks after the election was decided. They knew what they were doing. They knew they couldn’t back it up and they’re going to have to go to trial for this.