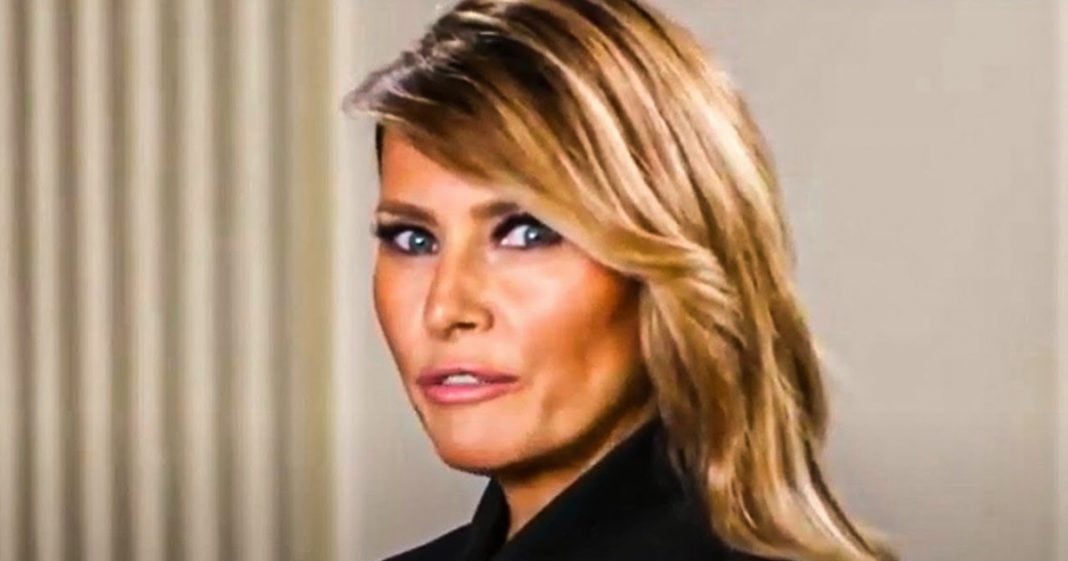 Stephanie Wolkoff, a former aide and friend to former First Lady Melania Trump, has won a major battle after the DOJ announced they were dropping a lawsuit against her for writing a tell-all about her relationship with Melania. Now that she has been cleared to move forward, she has promised to unleash “Pandora’s Box” against Melania, and she has all the receipts. Ring of Fire’s Farron Cousins discusses this.

Melania Trump’s former aide and friend, Stephanie Winston Wolkoff, actually won a major victory this week when the US department of justice announced they were dropping a lawsuit against her for allegedly violating a nondisclosure agreement that she signed when she started working for former first lady, Melania Trump. Now, if the name Stephanie Wolkoff sounds familiar it’s because we’ve talked about her plenty of times in the past, she is the one who has written a tell all book about just how horrible Melania Trump really is. She is the one who released the audio recordings of Melania basically being the Grinch and trashing Christmas, and also whining about the kids in cages and how it’s hurting her publicity and Trump’s publicity. That was Wolkoff. And now that she says the DOJ has dropped the case, they filed a one-page brief in court saying we’re done.

We’re not pursuing this. Wolkoff newly, you know, energized says she is about to unleash a Pandora’s box of horrifying information about Melania Trump. This story, by the way, has absolutely no substance to it. It is relevant to anything happening in American politics today. We are in the middle of a pandemic. We are in the middle of a recession. This story, to be honest with you is just all about spite. It really truly is and I don’t care because I still want to talk about it anyway, because Melania Trump is a horrible human being. She absolutely denigrated the office of the first lady of the United States. We have had plenty of horrible Republican presidents, but for the most part, they have all had decent first ladies who have actually tried to do good or have at least tried to be nice. Melania didn’t do any of that.

Ah, what about Be Best, Farron? You may be saying. Yeah. What about it? What is it? Where is it? What did she ever actually do with it? We know she didn’t do anything about the guy sleeping in the bed next to her, the biggest online bully of them all. So yeah. What about Be Best? Point to one good thing that she actually did with it. Point to one good thing this woman’s ever done in her life. That’s what I want to see. Show me one good selfless thing this human being has ever done and if not, wonderful, I’m going to delight in stories about her getting what she deserves. You know, Karma’s a little too lacking in society today, right? The rich, the powerful, they never get what they deserve. You know, they get to keep all the skeletons in their closet so when a few of them sneak out, I find that a cause to celebrate, I find that a reason to be excited and that is exactly what Stephanie Wolkoff is saying here is about to happen with Melania Trump. And you know what, when it does, I will be right there front row center with a tub of popcorn, loving every second of it, because that’s a horrible of a human being Melania Trump really is.