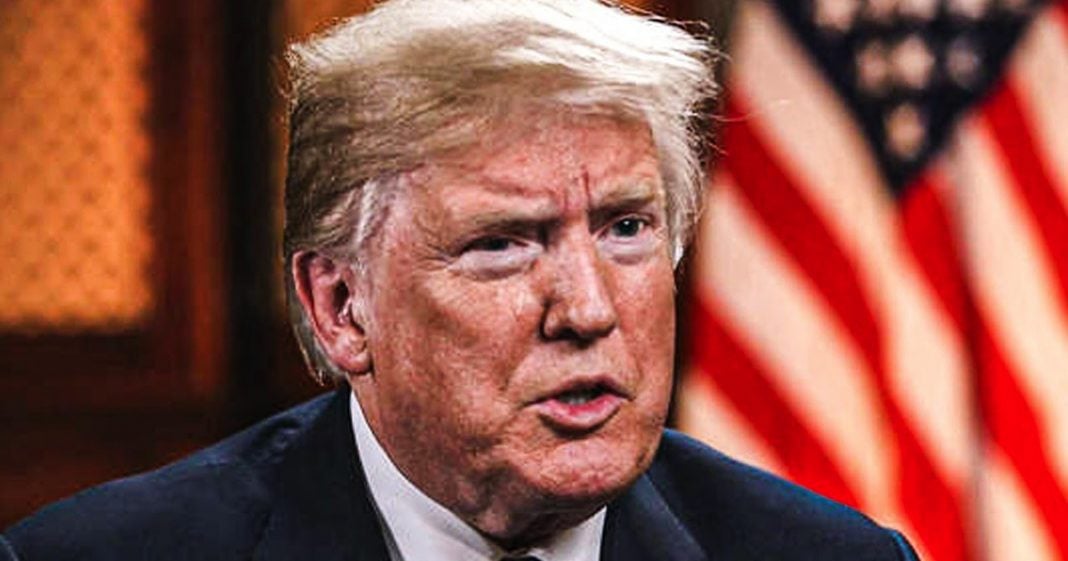 According to financial disclosure forms, Donald Trump has been spending tens of thousands of dollars from his campaign funds at his own properties since the election ended, effectively putting that money back into his own pockets. Not to be outdone, the RNC has also been spending big at Trump’s properties since the election ended, with over $300,000 in receipts. Trump has a lot of bills coming due, and he apparently isn’t afraid to use his donors’ money to pay them. Ring of Fire’s Farron Cousins explains what’s happening.

A new report, in fact, it’s actually based on the Trump campaign’s own financial disclosure forms has shown that Donald Trump’s campaign truly was the grift that keeps on grifting. Since the election ended and in the period when Donald Trump and the Republican party collectively raised $250 million since the election, both the Trump campaign and the Republican national committee have spent hundreds of thousands of dollars at Trump owned properties. The Trump campaign spent about $81,000. The Republican party itself spent over $300,000 at Trump properties since the election took place. Like the election was over and they’re still, for some reason, paying all this money at Trump’s own businesses. This is money from the campaigns and it’s going back into Donald Trump’s pockets. There is nothing surprising about this whatsoever. This has been the MO of Donald Trump throughout his first campaign, his administration and now his post presidency life, just spending this money from Republican donors at his own businesses.

The Republican party apparatus, the RNC, they’ve been doing it as well. Other outside groups have been spending money at Trump properties, hell foreign governments spending money at Trump properties because they know that’s the best way to influence him. But here’s the thing. Trump owes about a billion dollars to the banks that’s coming due very soon, like in a couple months and he has to pay it back and as far as we can tell, you know, the Trump properties haven’t been doing so well over the last couple of years. They have actually lost lots of money as his brand has become more and more toxic. And of course his, you know, hardcore base, they typically aren’t the kind of people that are going to go spend a couple hundred thousand dollars to get into a Trump property. They’re not going to spend millions to go move into Trump tower. They just don’t have it.

And the people who do have that kind of money don’t want to be associated with it. So the only way that Trump has to make a lot of money really quickly is to just mooch off of his own campaign and that is exactly what’s been happening, according to these new reports. So again, I have to reiterate, if you’re giving money to the Republican party, you’re essentially putting money into Donald Trump’s pocket because that’s where a lot of this ends up. This $250 million that they raised since the election ended, they’re not using that to fight legal battles or to make Donald Trump stay president of the United States. They’re all enriching themselves, whether it be to create a war chest for the next party candidates or in the case of Trump to it back into his own pockets because he knows he has to pay a billion dollar bill in the next few months and he simply doesn’t have the cash to do it. You’ve been duped. It was all one big grift and it apparently hasn’t even stopped yet.