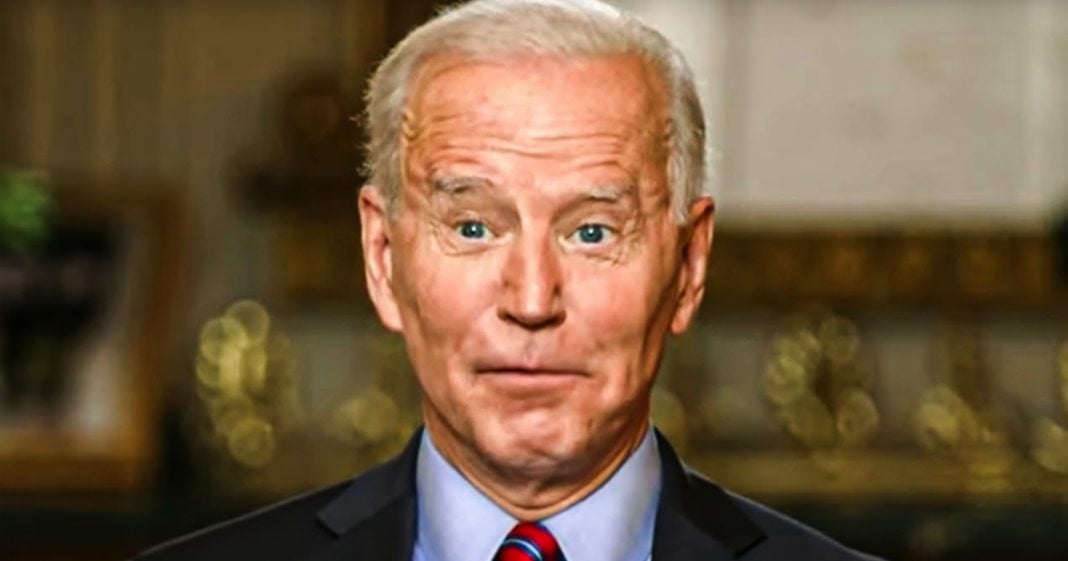 Democrats in Washington continue to sabotage themselves with regard to the COVID Relief Package, and they are still considering reducing the eligibility for the next round of stimulus payments. Not only have they settled on $1,400 checks – which is contradictory to their promises of $2,000 checks – but they will end up alienating millions more struggling Americans by shifting the threshold for eligibility. Ring of Fire’s Farron Cousins explains how this is a great way to lose in 2022.

Representative Ilhan Omar came out and said that Progressive’s would revolt if Democrats go through with their idea to limit the eligibility of who could qualify for the next round of stimulus checks and she is 100% correct. Let’s rewind the clock just a little bit. Do you remember back in early January, prior to the January 5th election, runoff election in Georgia, what were Democrats saying? What was vice president Kamala Harris saying and president Joe Biden? They were saying you have to vote for Ossoff and Warnock because if you do not, you do not get a $2,000 check. Those Republicans would be the ones standing in the way of a $2,000 check, not a $1,400 check, not a cumulative $2,000 that you would get over time, but a $2,000 check. Those soundbites and the video clips of that by the way, are readily available. Okay. This is not just Progressive’s misunderstanding.

It’s Democrats changing their tune. Even Bernie Sanders himself has come out and said, no, no, no. We, we always meant $2000 total. No you didn’t. And I don’t know why you’re deciding to tow the line, but that is exceptionally disappointing to hear from Bernie Sanders. Other Democrats like Ilhan Omar, AOC, they understand that no, the deal was $2,000 checks. So, okay. The $2,000 checks unfortunately is off the table. It’s $1,400. Thank God Biden didn’t listen to Republicans and lower it down to $1,000, but you’re still shorting people $600 that you did in fact promise them. You did.

And now Democrats want to take the betrayal a step further. They want to say that, well, maybe we need more targeted relief. Janet Yellen at the Fed said, let’s keep it to $60,000 a year. If you make below $60,000 a year, you get the check. If not, you clearly don’t need it. Other offers are actually lower than that. Let’s cut off eligibility at $50,000 for an individual $75,000 for a household, which is weird because the other two stimulus checks we’ve gotten, it’s always been double for a household, you know, $50,000 for individual, a hundred thousand for household, $75,000 for individual, $150,000 for household. And actually the last round of stimulus checks went up to $198,000 per household, if you didn’t hit that threshold, you got the check, but now Democrats are willing to go along with this idiotic idea of austerity and the fear of giving people who don’t need it a little extra cash.

And that is political suicide. That is a betrayal of all the promises you’ve made in just the last month and a half. And if you think these people, aren’t going to remember that if you think those in Georgia, that you finally got to flip, if you think they’re going to be forgiving, you’re an idiot. You absolutely are. There is no other word to describe you. And here’s the other kicker here. They’re already probably going to have to do this, you know, without any Republican support. So why compromise with yourselves? Why? That makes no sense at all. That’s the dumbest part of this entire thing is they’re arguing amongst themselves. They’re not trying to get Republican support for it. They’re just trying to figure out, well, what if we, ugh, we don’t want to make, uh, I don’t know.

I don’t know what their logic is because I can’t dumb down my brain enough to get to that point. But this is idiotic and you will lose tremendously in 2022 if you give people less than what you promised. If you cut millions off from this aid, because you think they don’t need it, your committing political suicide and by the way, $50,000 for an individual means different things, depending on which zip code you live in. And I’m sorry for the language there that just kind of slipped out, but I’m getting off about this. $50,000 in Florida is not the same as $50,000 in Alabama, which is nowhere near the same as $50,000 in New York city. Everywhere in the country $50,000 is different. Every state it’s different, every city it’s different. And if you try to put a one size fits all label on who gets this check, then I hope you enjoy having a majority for only two years because you will lose it in 2022.