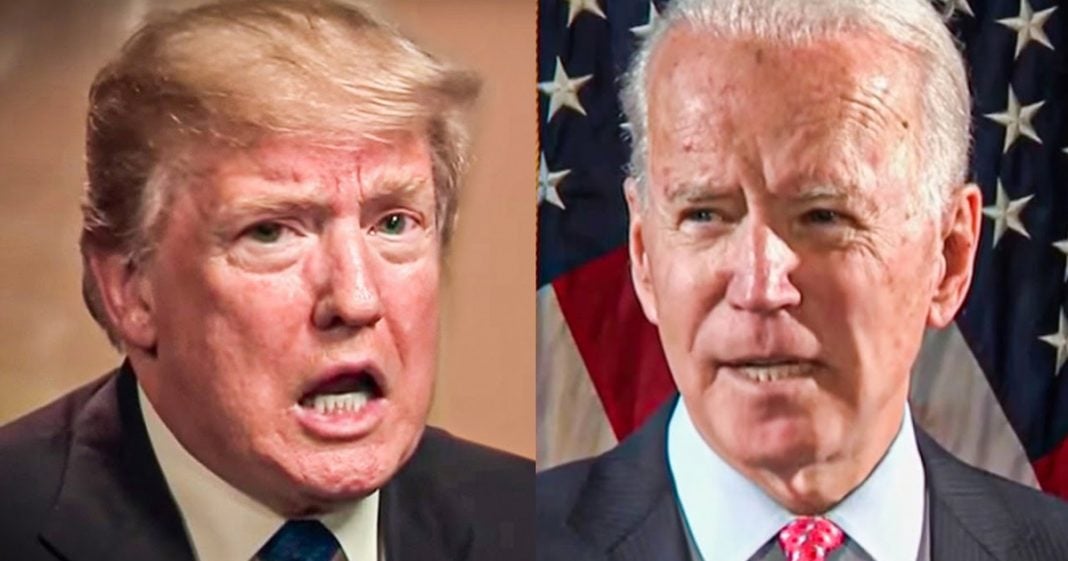 Donald Trump’s border wall is now officially dead, as Joe Biden has terminated the national emergency declaration that Trump had used to get the funding that he wanted for the wall. The wall was never hugely popular, and given the economic crisis that the United States is facing at the moment, the money that is needed to complete the project is better spent literally anywhere else. Ring of Fire’s Farron Cousins discusses this.

Donald Trump’s border wall is officially dead. This week, president Joe Biden terminated the national emergency order that Donald Trump had put in place along the Southern border, which is what allowed him to get the funding to pay for the border wall. Remember he declared a national emergency, even though one did not exist, and as we explained at the time, as much as we disagree with it and in spite of the fact there’s no evidence to support it, a president can in fact declare a national emergency in pretty much any situation. You know, if they walk into a McDonald’s and they’re out of sweet and sour sauce, they could legitimately declare it a national emergency and divert military resources to creating more sweet and sour sauce. It’s 100% up to the president’s discretion and that’s a really, really horrible and stupid system. Nevertheless, Trump used it to say there was this horrible emergency at the border.

Now that I’ve declared this and it’s official, I can go and I can take all this money from the military and I can put it towards the border wall. Courts, by the way, for the most part, disagreed with him on that, because there are still mechanisms in place that say that Congress has to approve the money, and sometimes Congress didn’t want to do that. But at other times in other budget battles, the Democrats who controlled the House did in fact give Trump money for his border wall. So a lot of different moving parts here and so Joe Biden just comes in, you know, and says, you know, done, done. There’s no emergency down there. We’re not doing this. I’m not going to fund the border wall anymore. So folks, yes, the border wall is dead and unfortunately much like a major sports team that trades a player that they owe a massive salary, there’s going to be some dead cap space there.

And what this means is that we’re still gonna have to pay some of these contractors for work that they are now not going to be doing. Not a whole lot we can do about that. Trump signed the contracts with them. I’m sure there’s going to be some court battles over that to see how much we actually do have to pay them and, you know, do, do we need to? There’s been accusations that some of them have been hiring undocumented workers to actually serve as like border patrol. So I don’t know what’s going to happen with that because there’s a lot of shady things going on down there with these contractors building the wall. But one thing is for certain, Joe Biden’s doing the right thing here. Donald Trump’s border wall was never broadly supported by the American public. It was a waste of money and now that we’re in both a pandemic and a recession, that money could literally be better spent doing anything else in this country.

Like anything at all, than building a needless border wall that is actually very easy for undocumented immigrants to get around. So, yeah. Biden has also been working with the country of Mexico, talking about taking in more asylum seekers. The only bad thing is that they have opened what they’re calling overflow detention facilities, which means we’re still at the moment going to have kids in cages. So that’s a swing and a miss, um, swing and a miss, that is such a stupid way to put it. I can’t believe I said that. That’s a massive human rights violation that this administration is going to continue perpetuating at least for the time being, but they’ve made a couple positive steps. They haven’t made the biggest positive, which is get the kids out of the cages. Stop putting them in cages, get rid of the cages. So until that happens, they’re not going to get an A on immigration, but we’re moving in a better direction now than what we had been. So that’s certainly a positive.