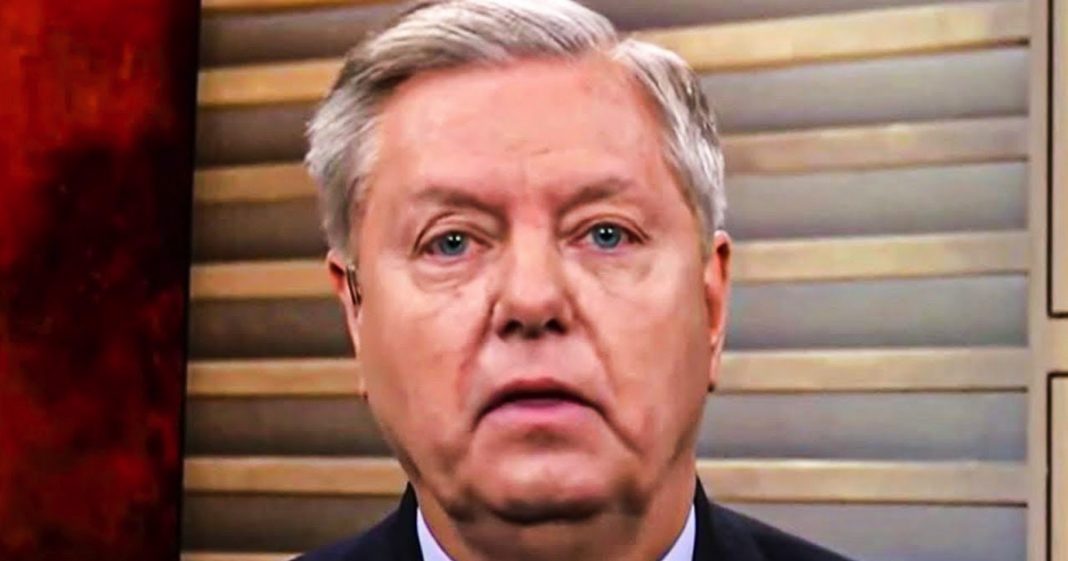 On Tuesday evening, the day that Trump’s lawyers gave their insane opening remarks, Lindsey Graham told Trump personally that it didn’t matter how bad his lawyers were because the Senate Republicans were going to acquit him of all charges anyway. This was the plan of the Republicans all along, and it goes to show that the impeachment process itself is flawed. Ring of Fire’s Farron Cousins explains what’s happening.

So I think we all know at this point that Donald Trump’s lawyers did a really horrendous job on Tuesday, because they’re, let’s face it, they’re really not built for impeachment trials. But anyway, after Tuesday, the opening day, Lindsey Graham apparently got on the phone, talked to Donald Trump and assured him, based on what Graham told reporters later, Graham assured Donald Trump that don’t worry about the performance of your idiotic lawyers, you’re going to be acquitted no matter what. Doesn’t matter how incompetent your attorneys are. It doesn’t matter how great the presentation is put together by those House impeachment managers, those videos have absolutely rocked social media. They have rocked members of the Senate, you know, members saying that they were almost moved to tears by what they saw. Republicans reportedly being shocked at not just how bad Trump’s lawyers were, but how moving the videos were, how telling this security footage is, which remember, I’ve been saying for, for weeks now there’s gotta be cameras there.

You have to have footage to be able to see and sure enough, they had it. They were saving it and they’re using it in the best possible way. Again, the footage of Mitt Romney being turned around by that officer and having to run the other way. That’s powerful. Mike Pence having to turn and run the other way because people were coming towards him. That is a powerful video, but all of that means nothing to a sniffling little coward like Lindsey Graham who rushes out of the impeachment proceeding on Tuesday, picks up his phone, calls his boyfriend, Donald Trump, and says, Donald, I’m not going to let them impeach you. We’re going to acquit you no matter what, don’t worry about your lawyers. And then Graham goes out and he tells these reporters that, oh, no, no, no, no. Donald wasn’t upset with anything that happened that day.

You know, he watched it, sure. But he wasn’t angry and you, you guys are all saying he was almost screaming at the TV. That’s not the Donald I know. Really? Because it’s the Donald that literally everybody else in this country knows. But no, Lindsey Graham was too concerned about protecting the emotions of the ever fragile Donald Trump, didn’t want to hurt his little buddies feelings and that’s what we’re dealing with right now. Lindsey Graham should not be allowed to have a vote at the end of this trial. Most of these Republicans, I’m sorry, but you shouldn’t. You’re refusing to be impartial jurors, Graham, McConnell, Rubio, Scott, Tuberville, Hawley, Cruz, Paul, Braun, the list is endless. It’s not endless. It goes up to almost 50, actually of Republicans who just don’t give a crap what is happening on that Senate floor.