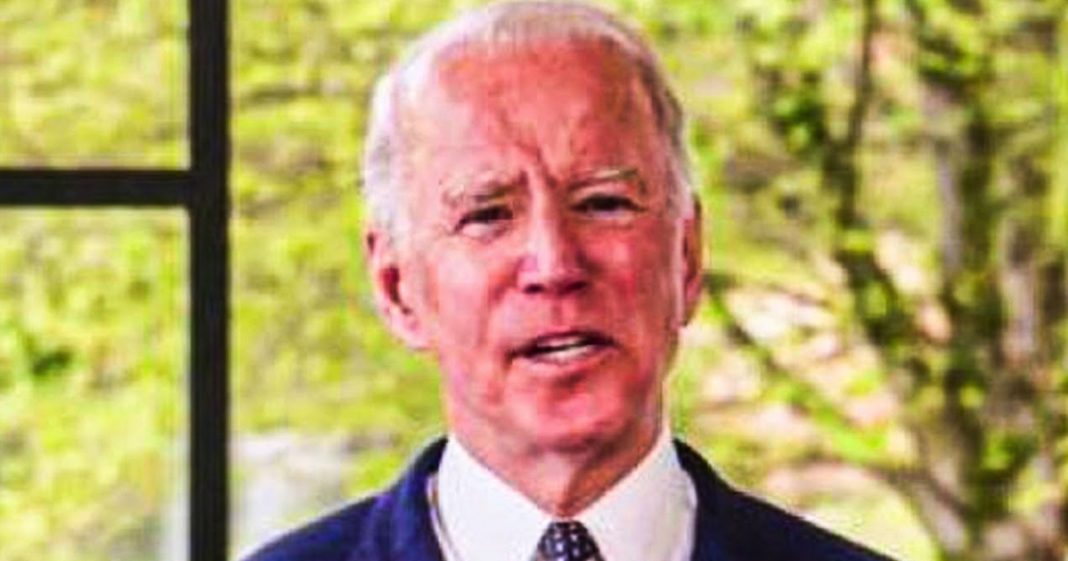 President Biden on Tuesday met with CEOs and other business leaders to get their support for his COVID relief package. The question is why? This was a completely unnecessary move by Biden, and it won’t do a single thing to move the needle with either Republicans or the public…Because the public already wants the deal! This is a misstep by the administration, and Ring of Fire’s Farron Cousins explains why.

It looks like the next four years are going to be an absolute roller coaster with the Biden administration, because already, I mean, he hadn’t even been in office a month yet, but already we have seen some highs that were like, oh, hell yeah, I can’t believe you’re doing that. That’s awesome. And then massive lows of what the hell are you thinking? Oh my God, please don’t do that. Hey, pretty cool what you’re doing here. Oh no. Yesterday we had another, oh no moment. Earlier in the week though, we had a high, right. We, we thought they were going to go and limit the threshold for who gets the next round of stimulus checks. They’d been talking about it. They said they were going to do it and then ultimately they didn’t do it. So that was great. Then Tuesday, while Donald Trump is going through his second impeachment trial, Joe Biden calls some of his good friends to the White House and these are good friends that nobody should ever want to see anywhere near the White House.

They were JP Morgan chief executive Jamie Dimon, Marvin Ellison the CEO of Lowe’s and of course, US Chamber of Commerce CEO Tom Donohue, and Joe Biden called them to the White House to come for a special meeting to talk about the COVID relief package. To see if he could get them on board because they’re going to be voting on it. No, nope. They’re not. Um, Hmm. They’re constituent. No, they don’t have constituents because they’re not elected officials. Uh, they’re cabinet mem, no, nope. They’re not cabinet members. So for the life of me, I can’t think of a single logical reason as to why these corporate fat cats should have been sitting in that White House talking about your stimulus. I don’t give a if they support it or don’t support it. Do you know why? Because they’re not voting on it because they don’t need it. They don’t even qualify for it. So F em. Go away, get the hell out of the White House. I don’t ever want to see you back there because your opinion on anything doesn’t matter to me. You have spent your careers, all three of those individuals, screwing over working class people. Tom Donohue at the Chamber of Commerce is the absolute worst one.

He has spent decades trying to screw over unions, screw over trial lawyers, screw over anybody trying to do something about climate change. He is absolutely one of the biggest ghouls this country has ever seen and here he is sitting there sipping tea with Joe Biden, talking about COVID relief that he doesn’t have a say in. The only possible conclusion I can come to is that Biden thought he should pull these individuals into the White House to get them support it and then maybe they’ll go tell the Republicans to support it, maybe. Cool if that’s your plan, still stupid though because you don’t need any Republican votes to make this happen. Simple as that. You don’t need them, so don’t sit down with these monsters. Do you know who you should sit down with and I actually said this in a video earlier this week, you should be sitting down with the people who lost their small businesses, the ones who had to close their doors, the families who are facing evictions.

Those are the people you should have invited to the White House and you should have brought your camera crews too and it should have been national headline news that Joe Biden meets with average people to talk about what they need for stimulus relief. That’s what should have happened. But instead you meet with the corporate fat cats and any time you let those fat cats go all over the furniture, sit on your lap a little bit, you’re going to get covered in fleas. This was a stupid move by Joe Biden, a completely unnecessary error on his part. And let’s hope that he doesn’t listen to anything they said, right? We saw him meet with Republicans a week or so ago about scaling down the stimulus and ultimately he decided not to listen to them. Maybe this will be another one of those times, because there better not be any corporate fingerprints over this COVID relief package from those individuals who got a private audience with the president, when that private audience should have been reserved for the people struggling the most during this pandemic and the recession.