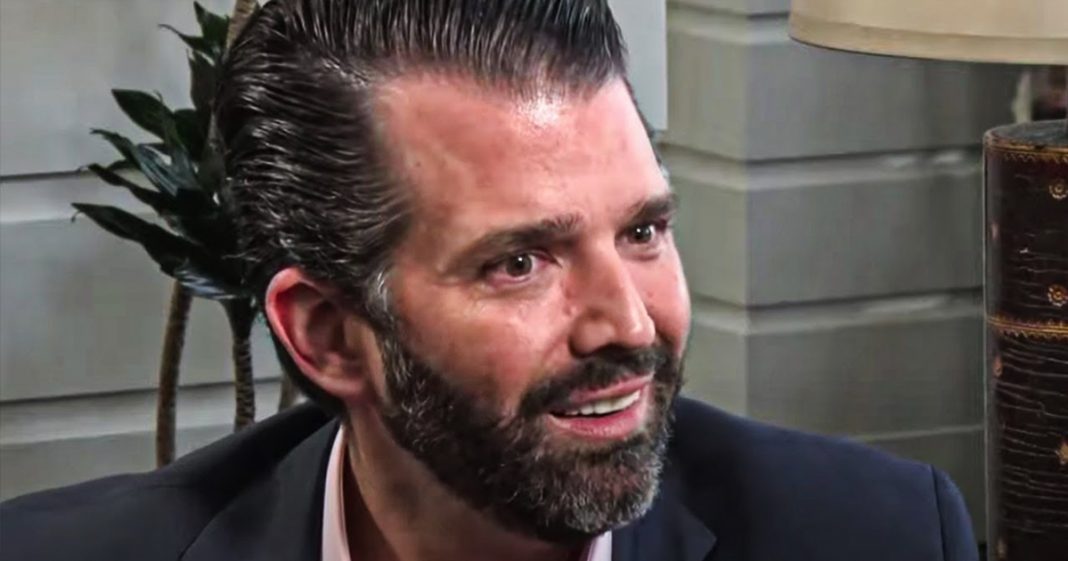 Donald Trump, Jr. is joining the chorus of Republicans who have had enough of Representative Liz Cheney, and he told Politico’s Playbook that Wyoming is “lovely during primary season.” While it isn’t clear if Junior himself is planning to primary her, or if he has someone else in mind, but it can be surmised that he is going to actively campaign against her in 2022. Ring of Fire’s Farron Cousins explains what’s happening.

Over the weekend, Republican representative Liz Cheney appeared on Fox news where she talked about the fact that it appears that Republicans had been lied to for months by Donald Trump about all of the alleged election fraud that never actually happened. That’s the statement she made. We’ve been lied to, you know, so, so we need to look into this. Innocuous enough, right? Well, apparently it off Donald Trump Jr. to the point where on Monday morning he told Politico’s playbook that Wyoming is awfully nice during primary season. He hinted at a potential primary challenge to representative Liz Cheney. Now it is not clear obviously from that innocuous, not innocuous, but that ambiguous statement, it’s not clear if he’s talking about running himself or just throwing his support behind whoever it is that they do pick to primary Liz Cheney. But one thing is for certain Donald Trump Jr, along with several other pro Trump Republicans are absolutely going to do everything they can to make sure that Liz Cheney is no longer an elected official after the 2022 elections.

Here’s what gets me about all of this. Liz Cheney has always been a very loyal, staunch Republican. All right. She does not have a liberal bone in her body. There is nothing progressive about this woman. You know, she sold out her own lesbian sister to promote anti LGBTQ policies. Okay. That is how hard right Liz Cheney truly is, but in today’s Republican party, that’s not enough. You have to be all of those horrible things, but also an apologist for Donald Trump and if you do not tow that last line, you’re out. I mean, Matt Gaetz, my representative from the first district here in Florida, recently made a trip to Wyoming to actually campaign against Liz Cheney. Why in the hell is this from Florida going to Wyoming to trash Liz Cheney, other than the fact that she doesn’t support Trump as much as Matt Gaetz does? That, that’s what’s happening here. There’s no room for dissent. There is no room for differing opinions in today’s Republican party, and I am fine.

At this point, I am totally fine with the Republican party tearing itself apart into two different factions that have no chance of electoral success at all. I have come to terms with this and I am good with it. I cheer it on. I hope it happens. That is what you people deserve. But this is for the average every day, non elected official Republicans out there. This is what your party has become. If you do not love Donald Trump and I do mean like you have to love him, borderline worship him, you don’t fit in with the party. Is that what you want? Is that what you really want to be a part of? That is the question you have to start asking yourselves. Are you willing to put aside everything you personally believe, everything you hold dear and sacrifice it all to Donald Trump? Because if you’re not, you don’t fit into the Republican party. And I suggest you take a cue from the tens of thousands of other Republicans in this country and switch your voter registration, because that’s what they’re going to want you to do. If you don’t worship Trump, you don’t fit in to today’s GOP. Act accordingly Republicans, everybody else is watching you.