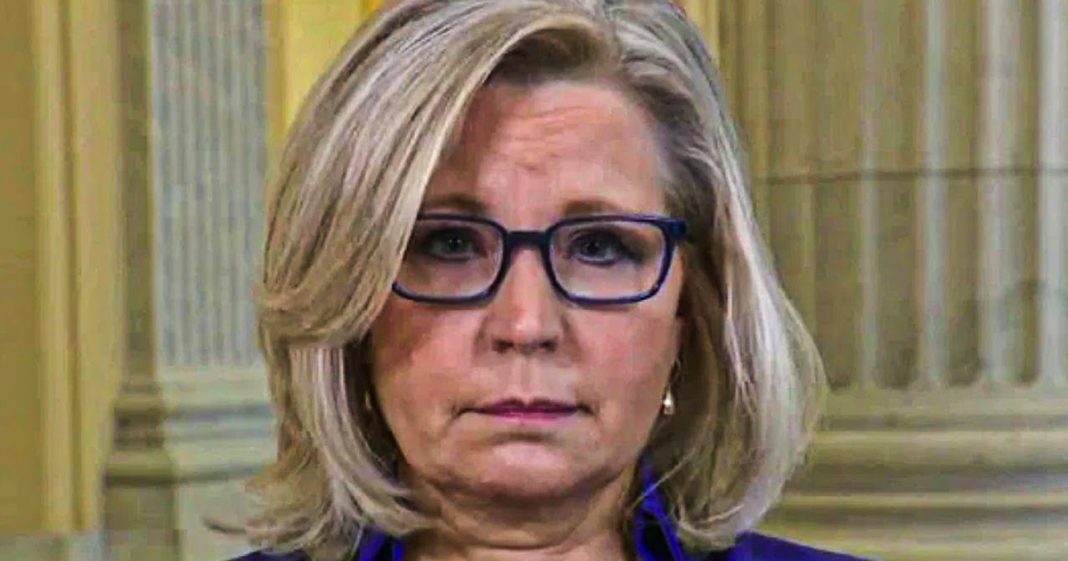 Liz Cheney is getting lots of love from Democrats these days for standing up to Trump, but she has a disgusting history that can’t be glossed over. The same goes for the neocons who founded the Lincoln Project. We have to stop acting like these people who spent decades stripping us of our rights are somehow now on our side, as Ring of Fire’s Farron Cousins explains.

A good friend of Ring of Fire for many, many years, John Nichols at the Nation has a wonderful article out, linked in the description of this video here that I encourage everyone to read, but he basically talks about the fact that right now you’ve got liberals, you get Democrats praising Liz Cheney for literally doing one right thing for her entire career. And they’re suddenly acting like she’s some kind of ally to us that she is our long lost best friend and we got to snap out of that crap real quick. Just as I’ve been saying about the Lincoln Project for over a year now, they are not our friends. These are people, Liz Cheney included and Lincoln Project and all these other never Trump Republicans, who have spent their lives stripping us of our rights of propagating and spreading these horrendous lies about Democrats. Nichols points out the fact that it was just 2019, where Liz Cheney went on Meet the Press and said that Democrats are the parties, party of infanticide. That socialism has taken over.

I mean, just to go through and read some of the things here, um, Liz Cheney said that socialists had a chokehold on the Democratic platform. She attacked John Kerry for working on the 2015 joint comprehensive plan of action, you know, she went on Fox news and said that Kerry traveled around the world to work for the mullahs of Iran. This woman is an extremist by every possible measure. She is a warmonger much like her father before her, as I mentioned in a video earlier today, she actually sold out her own sister who is a lesbian by supporting anti LGBTQ legislation, as did her father. They’re not our friends, just because we hate the same person, you know, that old adage, the enemy of my enemy is my friend. That’s BS snap out of it.

These people are not our friends. These people are not folks we can make alliances with because they stand for everything that we’re supposed to stand against. And if we start embracing these individuals, if we welcome them into our party, we have lost our party and we become some kind of grotesque Frankenstein’s monster of a political party that doesn’t know what it is or why it exists or what it’s purpose is. So stop it. That’s the message I want to share today. Stop it. Liz Cheney has literally been right about one thing. She shouldn’t be applauded for standing up against an insurrection. That should be a given. Everything else she’s done has been absolutely horrible.