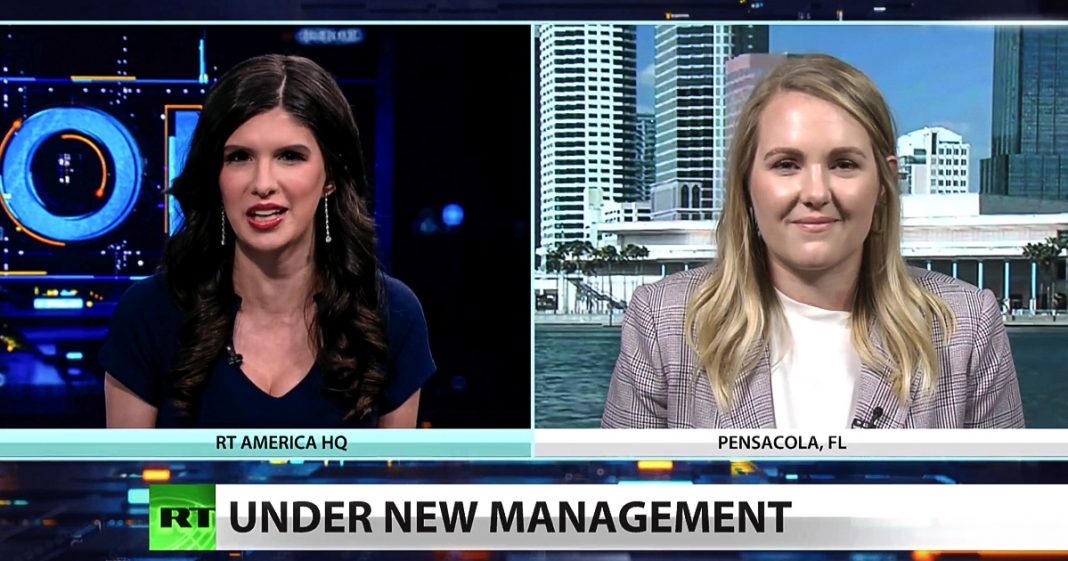 Via In Question: The genetic testing company 23andMe has decided to go public following a merger with a company owned by billionaire Richard Branson. But what will happen to millions of consumers and their private data? Attorney Sara Papantonio provides insight.

Rachel Blevins:                   You may be one of the millions of Americans who have submitted their DNA sample to a genetic testing company to find out more about their background. We all rely on the company of our choice to respect our privacy at the time. But what happens when it decides to say go public? Well, that’s the dilemma 23andMe could be facing following a merger with a company owned by controversial billionaire Richard Branson. So joining me now to go further in depth on this story is Sara Papantonio, associate attorney at Levin Papantonio Rafferty. Sara, it’s great to have you on the show today. I want to start by looking at the details of this case. So 23andMe is merging with VG Acquisition Corp, which is owned by Richard Branson’s Virgin Group. How much control does he now have over a company that many of us have used and trusted with sensitive information?

Sara Papantonio:              Well, control is the major issue here because Richard Branson’s company now has control over people’s private information as a majority shareholder here. You know, see when most of us got the 23andMe test, we, it was fun. You know, we were looking to see who our ancestors were, what the genes in our family were like. It all seemed harmless, but what we didn’t expect was for that information to then go public. See, this is essentially a massive attempt at data mining involving all of our health data, with that data being sold to the highest bidder and Richard Branson is sitting at the head of the table with that control.

Rachel Blevins:                   Yeah, that’s a great way to put it. I know we talk a lot about Facebook and social media and how much data they gather from us. But we’re talking about a company that literally has our DNA samples along with information about who we may be related to, our conversations with those people. There’s definitely a lot going on there. Now, of course, when we’re talking about money, this merger will allow 23andMe to go public with a valuation of $3.5 billion. Many are seeing the dollar signs here, of course, but are there legitimate concerns that a quest to continue to grow could change the privacy standards that customers have relied on?

Sara Papantonio:              Yes, absolutely. Now understand that health virtually controls every aspect of our life. That if you have access to our health information, that data can effectively be used to control the market for anything. If you have that information, then you can market based on our nutrition, our medical care, you can market all the way to our grave. So this data can now be broadly given to anyone willing to pay for it. And the problem with that is that once the public understands this and reacts to it, that there’s going to be a potential for backlash, both in the public and popular realm of backlash, as well as legislative backlash. And what that’s going to do is it’s ultimately going to affect the value of this company in the long run.

Rachel Blevins:                   Yeah, certainly. And that could be, you know, backlash of the company, as it’s hoping that it’s going to make even more money by going public. Now, when we’re talking about companies like 23andMe, they have become increasingly in recent years with many, not necessarily considering the privacy aspects of, you know, handing over their DNA at the time. What legal standings do customers have over the protection of their information in the long run?

Sara Papantonio:              At this point, customers don’t really have much legal standing or really any protection at all. And I anticipate that this is going to be huge. It’s going to be a huge field of law that’s going to be litigated in the years to come and that’s basically mostly because our Congress and the department of justice just seems so unwilling to aggressively protect those privacy rights for individuals and protect consumers in this route.

Rachel Blevins:                   Yeah. I know there have been a lot of concerns about exactly what our privacy is and where it stands when it comes to social media. Now, when it comes to these genetic testing companies moving forward. So we’ll see exactly where that goes. But Sara Papantonio, thank you so much for your time and insight on this one.