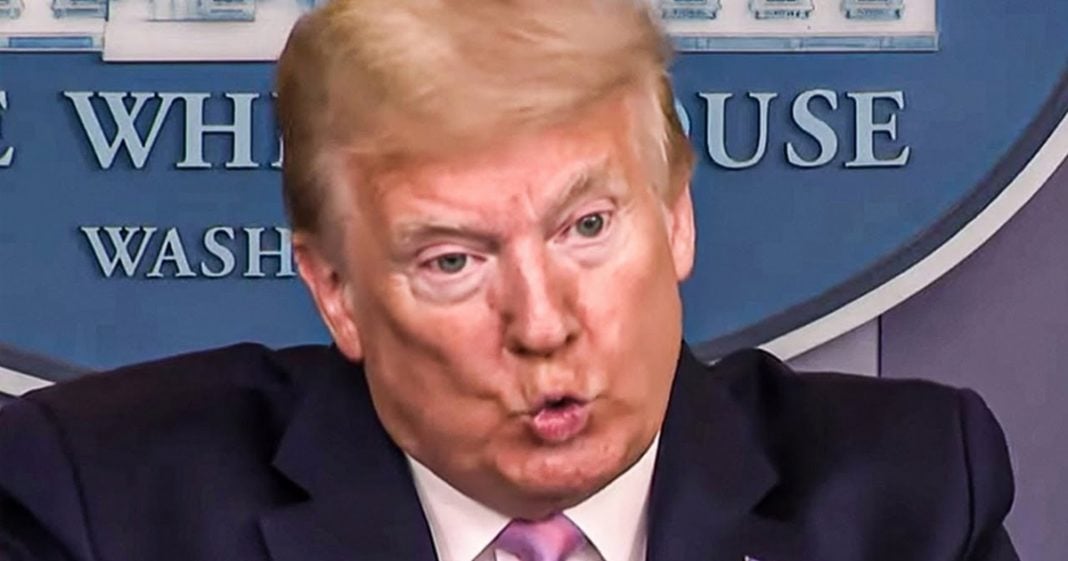 One lawsuit has already been filed against Republican groups that raised money for “Trump’s legal challenges”, but new investigations show that the money trail was far more muddied than donors were led to believe, and it is likely that they are going to be facing more lawsuits in the future. Donors were swindled by multiple different parties, including Trump himself, into thinking they were funding election challenges, but we now know the money was never used for that. Ring of Fire’s Farron Cousins explains what’s happening.

As we have discussed in recent days, in the months since the November election, since November 3rd, Republicans and Donald Trump collectively had managed to raise $250 million. Now most of that money was raised by these entities under the guise of helping to pay for Donald Trump’s legal challenges to the 2020 election. We also know now that out of that grand total of $250 million that was raised, according to the New York Times, only $10 million of it was actually used on election challenges. The rest of it went to help pay off some of the Trump campaign debt, help pay off RNC debts and a lot of it is actually just sitting in a bank account for the Republican National Committee right now for them to use on candidates during the next election cycle. So the whole thing was just a big money-making operation. Couple weeks ago, before any of this news even came out, you had one big time donor to Donald Trump’s legal defense or legal challenge fund from Texas.

He donated hundreds and hundreds of thousands of dollars to this only to find out that it didn’t go to actually challenge the election results. So he filed a lawsuit against the Trump campaign. He wants his money back. He says, listen, I was swindled. You told me you were going to use my money for this. So I said, okay, take it. Then it turns out you didn’t use it for that. So he is suing and that lawsuit, by the way, even though I’m not optimistic that it’s going to be successful, if it is successful that opens the doors, it would actually open the flood gates for people to sue Trump and the Republican party to get their money back if they donated it under the guise of helping to fight the election challenges. So that could cost them a couple hundred million dollars. But here’s the thing, according to a new report from the Intercept, it’s so much murkier than any of us actually realized.

Because it wasn’t just Trump and it wasn’t just the Republican party, but Sidney Powell, herself, you know, the woman who says the ghost of Hugo Chavez helped to steal the election. She was actually in on this too with her own little group and her group, by the way, let me find it here, was called Defending the Republic. So that was the group that she had incorporated and she had money in that. And then she raised money, claiming the need to challenge the election that also went into Defending the Republic. But according to the Intercept, that money was co-mingling with other money she had in there. And then she was spending it on not election things. Um, if I didn’t know any better, I would describe this whole operation from Powell and Trump and the Republican party, I think the best way to describe it would be money laundering. I mean, because that’s kind of what it seems like it is. Now, I am of course not accusing any of these individuals of actually laundering money.

But man, it’s really starting to look a lot like that. But really what this is, most likely, and again, this would be up for a court to decide this is just my opinion on it, but it’s most likely some kind of fraud. I mean, let’s be honest. If you walk up to somebody and say, hey, my organization here is raising money for X. If you give me your money, I’m going to spend it on that thing. And then they say, okay, well I like X, here’s my money. He he he, I’m going to spend it on Y instead, congratulations, you’ve committed a fraud and you can be held accountable for it. Now water gets a little murkier when you’re dealing with campaign finance, when you’re dealing with political fundraising and things like that. So this is a tricky one. The courts are going to decide this and what’s funny is that this is going to be right-wing courts, making the decision on whether or not right-wing politicians can swindle right-wing donors. So, no matter what happens, one faction of the Republican party, probably going to be pretty.