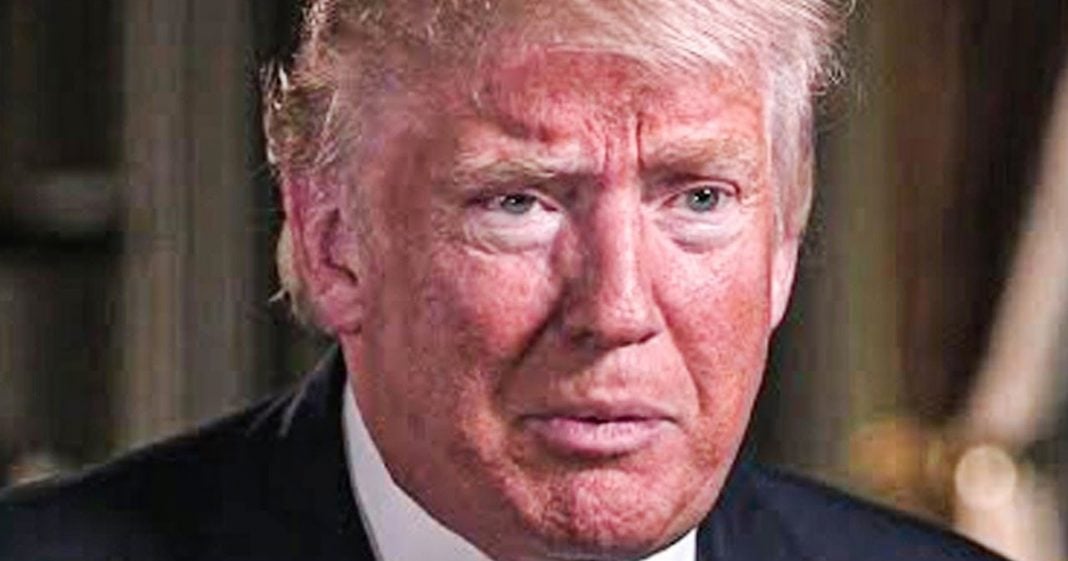 As the Senate begins its impeachment trial of former President Trump, the public is once again reminding them that most Americans want Donald Trump both convicted and barred from ever holding a political office ever again. Republicans in the Senate would do well to pay attention to these polls, as it can only hurt them if they ignore what the public is telling them to do. Ring of Fire’s Farron Cousins discusses this.

Well folks it’s finally here, the second impeachment trial of Donald J. Trump, former president of the United States. And according to the latest ABC poll conducted over the last few days, 56% of Americans want the man convicted and barred from ever holding political office anywhere in this country ever again. That’s it. Now this mirrors a poll conducted two weeks ago that also told us at the time that 57% of Americans wanted him barred from ever holding political office in the future, 54% wanted him convicted. Why the discrepancy? I don’t know, but we’re now at a solid 56% say convict this man and get him out of our lives forever. Now here’s the thing. This poll does not change the outcome. I mean, we’re not even really like into the trial yet and we all already know the outcome. If you don’t know how this trial ends, then you haven’t been paying attention to politics in ever.

Okay. We all know that Donald Trump is going to be acquitted by the Republicans. They’re, Democrats are not going to hit the 67 vote threshold to convict and well, you can’t remove, convict and bar, I guess it would be at this point. So we know how it’s going to end and the Republicans need to understand, like, that doesn’t end well for you. 56% of people in this country say convict them and get them out of our lives and Republicans before they even heard one shred of evidence, one piece of testimony, considered this for one second. They were all saying, no, we’re going to acquit him. This is stupid. We shouldn’t be doing this. This is political. And the public is saying, you right it’s political and that’s what we want. Do something about this madman and Republicans are still sitting there shaking their heads, saying, no, nothing. What are you going to do about it? Well, I think we know what they’re going to do about it, right guys?

We, we saw that. We literally just saw that in November and then again in early January, the public’s going to be off and the public is going to make Republicans pay, assuming the public stays upset about this, assuming Donald Trump’s failures and his criminality remain at the forefront of American’s brains. If they are allowed to forget, if they decide to move on or if Biden proves to be just as incompetent and corrupt then sure, sure. At that point, yeah. What you do to protect Donald Trump isn’t going to matter in the minds of these voters in the 2022 elections. But if Biden comes out the gate kicking and so far to be honest, he’s done a pretty good job. He hasn’t been nearly as progressive as I would like him to be. He’s done some things I’ve disagreed with, but he’s done a lot of things that I like. So he’s on the right track and it hasn’t even been a month. So let’s not, you know, think that I’m all in on the Biden bandwagon. Hell no. But he’s making some good progress considering what he inherited and of course considering how low the bar really is for him, but he is doing a good job.

So if Biden continues to do well, and if Republicans turn this impeachment trial into a complete sham, then yes, I do believe that the voters are going to hold these Republicans accountable in the next election. So yes, it would end badly for them. What’s the convert, what’s the converse of that, right? Suppose Joe Biden fails, but Republicans do decide that they want to get rid of Trump and show the public, hey, look, we did something. We hated him too. Yay. We’re all on the same side. Republicans win massively. Even if Joe Biden doesn’t fail, even if he’s not incompetent or corrupt, if Republicans just stand up and do something about Trump, I think they would pull off major victories in 2022. All they have to do is hold one guy responsible, one guy who most of the country hates, but they’re too cowardly to do it. It would be a massive political victory for them, but they’re either too stubborn, too cowardly or too stupid to actually do it. And if you ask me, I think it’s a combination of the three.