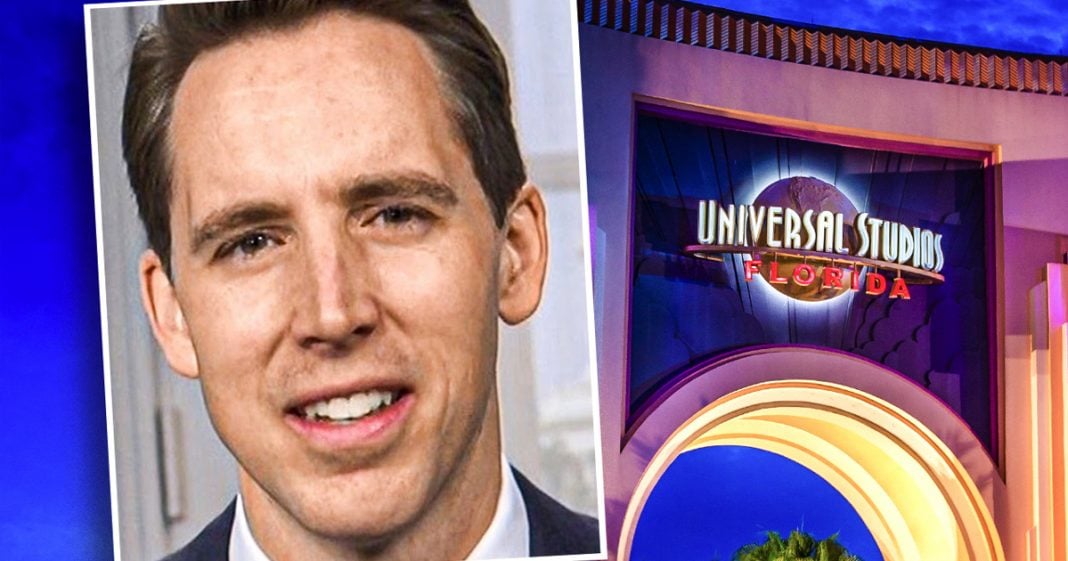 Embattled Republican Senator Josh Hawley has found himself involved in yet another scandal, albeit a smaller one. This time, Hawley’s campaign records betrayed him as it showed that the Senator billed his campaign for snacks that he bought for his family during a vacation to Universal Studios. The amount may be small, but that doesn’t change the fact that this move is illegal. Ring of Fire’s Farron Cousins discusses this.

Embattled Republican Senator Josh Hawley is once again under fire, this time for misusing campaign funds. Now let’s make something clear. It doesn’t matter if the amount is $1 or $1,000, it is illegal for any politician or candidate to use campaign money for personal expenses. We have seen politicians prosecuted for that, of course, before Donald Trump decided to pardon them. But yes, it is a prosecutable offense and it is something that people do in fact get prosecuted for. And now Josh Hawley has been accused, based on his own FEC filings, of using his campaign money to pay for food and candy for his family during a vacation to Universal Studios, Florida. Josh Hawley, being the Republican Senator from Missouri, not Florida. So none of this was campaign related. They have also matched up the dates, by the way, with Hawley’s own Instagram and I believe this was last March and yes, you see pictures there.

He’s chilling, hanging out with his family, with his kids. They’re having a lot of fun as you would expect to happen in Universal Studios. It was a great time to go too, it was before the pandemic really hit here in the United States. So hey, good for you getting a vacation in on Spring Break. And then, got the list right here of where he went and spent his campaign money and it, again, it was only $197, so it’s not like we’re talking about thousands and thousands of dollars that he spent, but even $1 spent on personal items from your campaign is illegal. He spent $16 and 87 cents at Voodoo Donuts. He spent $8 and 83 cents at Seuss Popcorn. Spent $80 at Margaritaville. He spent $15 at Lard Lad, $13 at Lagoon Popcorn, $31 at the Hopping Pot and $30 at Bumblebee Taco. So no, these were all by the way, paid for, from the Josh Hawley for Senate campaign fund, not from Josh Hawley’s bank account, as it should have been and these would be illegal expenditures. Every one of them.

And folks, the point of this is not to say, lock him up and throw him in jail for $197. Absolutely not. But what it does show us is that this guy is obviously no stranger to breaking the law. And isn’t it typically things like this, how the, how it starts out, right? I mean, any kind of, you know, criminal psychologist is going to tell you, it always starts off with the small stuff, seeing what you can get away with and then pushing the envelope from there. And I would think, you know, spending, you know, $15 at popcorn here, $80 at Margaritaville here, those are small, it’s a small amount. And you think nobody’s going to notice and then when nobody notices that you start to go a little bit bigger, just ask them Duncan Hunter. Right? Isn’t that how it started over there? Some golf shorts, and then suddenly you’re escalating to all of these crazy expenditures. That’s what we’re talking about here and that’s what we, we, we could eventually be looking at if there is no accountability. So I don’t care if it was $1. I don’t care if it was a million dollars. This man knew the law. He shows to ignore it. He chose to break it. Now it’s time to deal with the consequences.