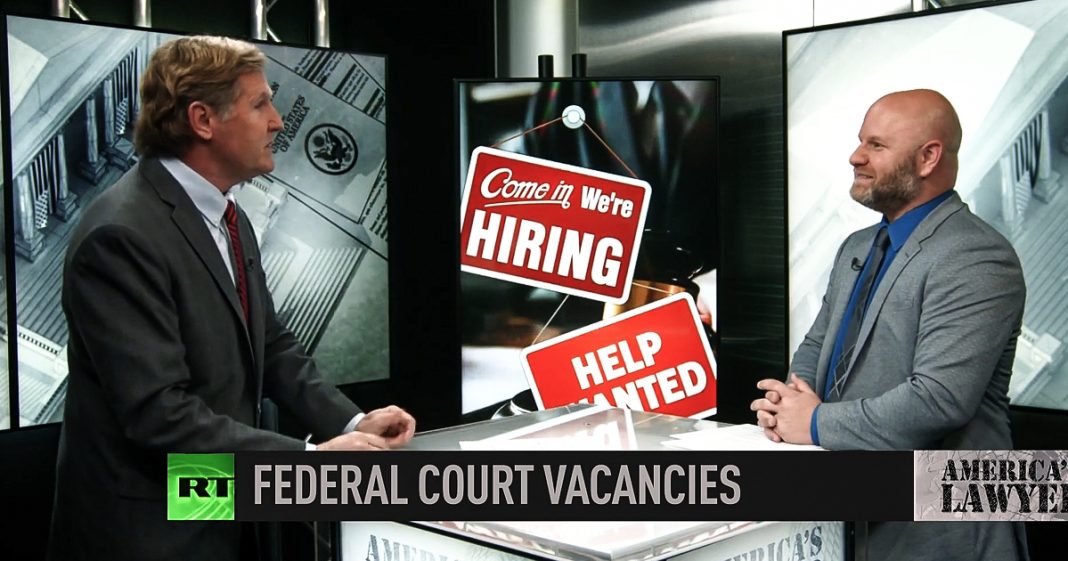 Via America’s Lawyer: Over a dozen federal judges signal they’re ready for retirement, taking solace in the fact they won’t be replaced by a Trump appointee. Mike Papantonio & Farron Cousins discuss more.

Mike Papantonio:             A flurry of resignations have hit the judiciary now that federal judges don’t have to worry about Donald Trump picking the next federal judge. So the way, the way I see it, I’ve counted, I don’t know, I’ve counted maybe 18 judges that I can put my hand on and say they got out because Trump is gone now.

Farron Cousins:                  Yeah, this, this is a really interesting story. You do have federal judges now in their resignation saying, listen, I, I’ve been holding off. I saw that Donald Trump had already appointed what, close to 200.

Farron Cousins:                  230 judges, a quarter of the US district judges in this country are Trump appointees. So these judges, both Republicans and Democrats, by the way, said, I’m not going to contribute further to this. I’m going to let Biden. So I, I hung in there. But to me, the thing that really sticks out is this is supposed to be a feel good story for, for Democrats. What this is, is really an indictment of our entire judicial system.

Mike Papantonio:             And I gotta tell you something. This fantasy, it is absolute fantasy that, that Democratic appointments are better than Republican appointments. Now on social issues, that might be the case.

Mike Papantonio:             But when it comes down to money issues, Democrat judges usually come from Wall Street, Democrat judges have, just like Republican judges have worked for corporations. They haven’t represented mom and pop. They don’t have any kinship with the injuries, the claims that come from mom and pop, they have all of their alliance with Wall Street. That, I got to tell you something, I’ve done been news 39 years and I gotta tell you that’s where I’ve come. I don’t get too excited about any of the appointments anymore because, you know, Obama made appointments look where they came from. They came from silk stocking, white shoe law firms and that’s how these people think, whether it’s Democrat or Republican. Social issues, we might see a little bit of a change, but on money issues that affect most Americans, I don’t think so.