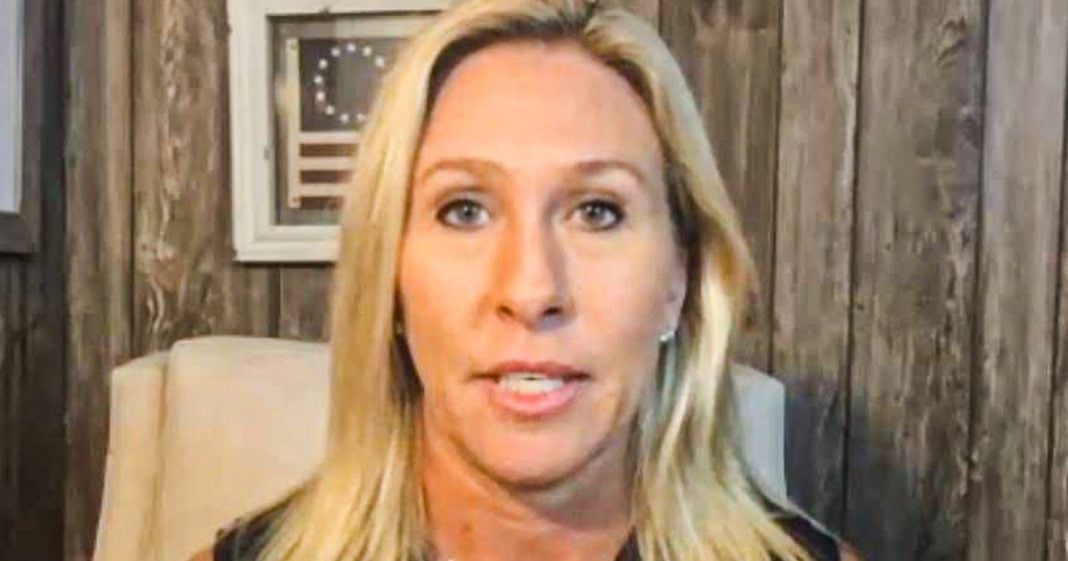 Republicans, by failing to hold any of their own members accountable for anything, have now rendered themselves politically impotent. They are no longer being listened to or bargained with by their Democratic counterparts, and the public is increasingly unhappy with their decisions. They are digging their own grave at this point, and the worst part is that they don’t seem to care. Ring of Fire’s Farron Cousins explains what’s happening.

The Republicans this week alone were given multiple different opportunities to show the country that they were going to move past the crazy in their party, that they were going to do something about the horrendous public image problem that they have. But instead they did nothing. Next week, the Republicans in the Senate are going to be given the opportunity to do something about the fact that their guy, their Republican president, essentially incited a riot at the Capitol inside the Capitol and why his crazed supporters went in there, stole things, broke things, you know, vandalized the place and they’re going to do nothing. Just like all but 10 house Republicans a couple of weeks ago, had the opportunity to hold Trump accountable and refused to do it.

There’s a pattern developing here, just like at, we saw at the beginning of last year when they could’ve impeached him or convicted him in the Senate and, uh, didn’t. The pattern is that Republicans don’t care and if they think that the public hasn’t noticed this they’re very wrong because the public has, and the public’s tired of it, and the Republicans are going to pay a political price for this. They think that just because it’s happening now, you know, when we are essentially the furthest possible removed from an election cycle that they’re going to be okay and typically I would agree with them. However, the problem they’re going to have is that Marjorie Taylor Greene is not going to stop being crazy. So every time she’s in the news, every time an old Facebook post from here, her resurfaces, the big talking point is going to be Republicans had the opportunity in the first week of February to remove her and they failed to do so.

So every time she’s back, that’s going to be the narrative. Every time she says something crazy, that’s going to be the narrative. It will stay with people. It will be something that they have to answer for in the 2022 midterms, but more importantly, more important than the public, you know, paying attention or not paying attention to all of this is the fact that Democrats in the House and Senate have now based on Republican’s behavior, based on their refusal to hold their own accountable have said, listen, F y’all, we don’t need you. We can just do what we need to do without you and apparently that’s just what we’re going to do. Look at the COVID talks this week and the COVID vote in the Senate. You know, Joe Biden had been signaling, I want to work with Republicans. Joe Manchin said, I want to work with Republicans. A couple of other Democrats said, we want to work with them. They had that meeting in the White House, you know, with the moderate Republicans who said, well, what if we add this or this, or change this?

And then Joe Biden said, yeah, I’m not actually doing any of that. And then Joe Manchin came out and said, yeah, I’m actually cool with just going without the Republican help and it’s because you’ve shown your true colors, Republicans. You’ve rendered yourselves politically impotent by showing that you’re not willing to stand up to a crazy member of your party, who is okay with promoting death and executions of Democratic leaders. Yeah. Who’d have known that’d be a hot button issue for Democrats? But because of this, because of your behavior, the Democrats are now saying even those who screamed bipartisanship all the time, they’re now saying, you know what to hell with y’all, I’m going to go it alone. I’m going to go with my party on this and we don’t actually need you. So, pssh, that’s what you get. And that’s the smartest move the Democrats can make, move forward without Republican help, because the way they’re acting, the way they are, the things they believe and except now into their party, those aren’t the kind of people you want to be making deals with anyway.