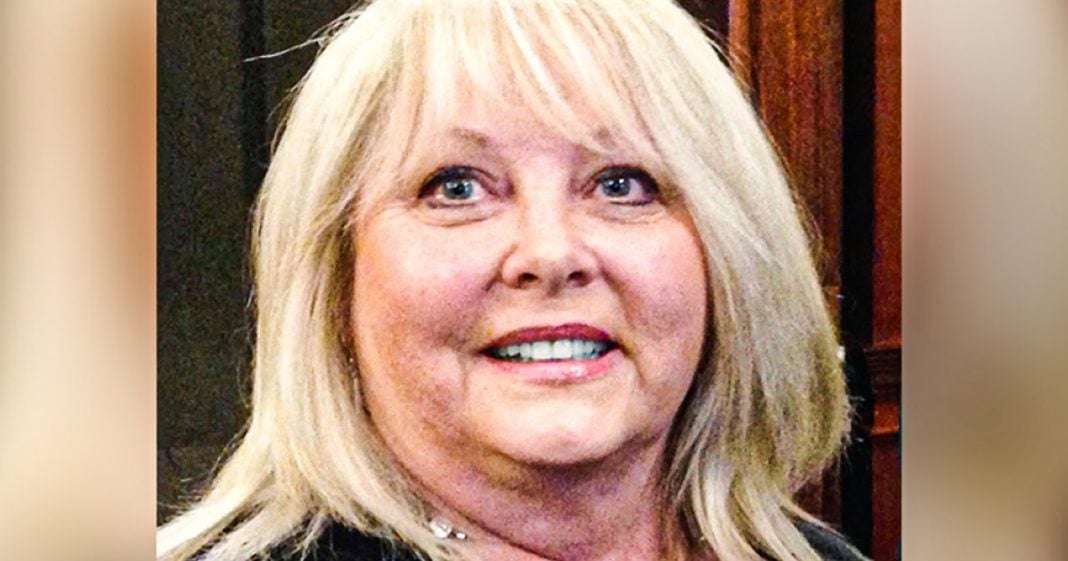 A Republican lawmaker in the Missouri Statehouse has been hit with 20 different charges related to her selling of a fake concoction that she falsely claimed could “cure” COVID-19. There is no cure for COVID, only treatments that vary in efficacy from person to person, but this Republican decided to take advantage of vulnerable and desperate people. Ring of Fire’s Farron Cousins explains what’s happening.

A Republican lawmaker has been hit with 20 different charges for selling what she had described as a cure for COVID-19, even though there is no cure for COVID-19. Now this is a Missouri state lawmaker, a woman by the name of Patricia Derges, she is 63 years old. She now faces 20 criminal charges, including wire fraud, distribution by means of the internet without a valid prescription, and of course the general defrauding of these individuals who came and said, yes, you’re a lawmaker. So I trust you. You own these clinics where you’re promoting this STEM cell treatment. So I trust you. I trust that this is going to cure me and then it turns out they didn’t get cured. She’s accused obviously of using her position as a lawmaker in the state of Missouri to enrich herself, again, the credibility issue there like, hey, you could trust me.

I’m a politician, which is like the weirdest thing you could ever say to somebody like, no, dude, totally trust me. I’m a politician. Yikes. But anyway, this story, like I, I hope she goes to jail. Hope she gets locked away. She’s 63 years old. So, you know, she’s in the twilight years and she’s going to spend most of it in jail for what she did here and she deserves it. You’re preying on people who are vulnerable and scared. You abused your position of power as a Republican lawmaker in the state of Missouri and you did it because you wanted money. Like, yeah, you, you deserve to be locked away. I’m not going to shed a tear if they give you 10 years for this crap. But here’s the thing, the reason I wanted to discuss this story today is because when was the last time we had any kind of story of any kind of Democrat doing anything remotely similar to this crap, right?