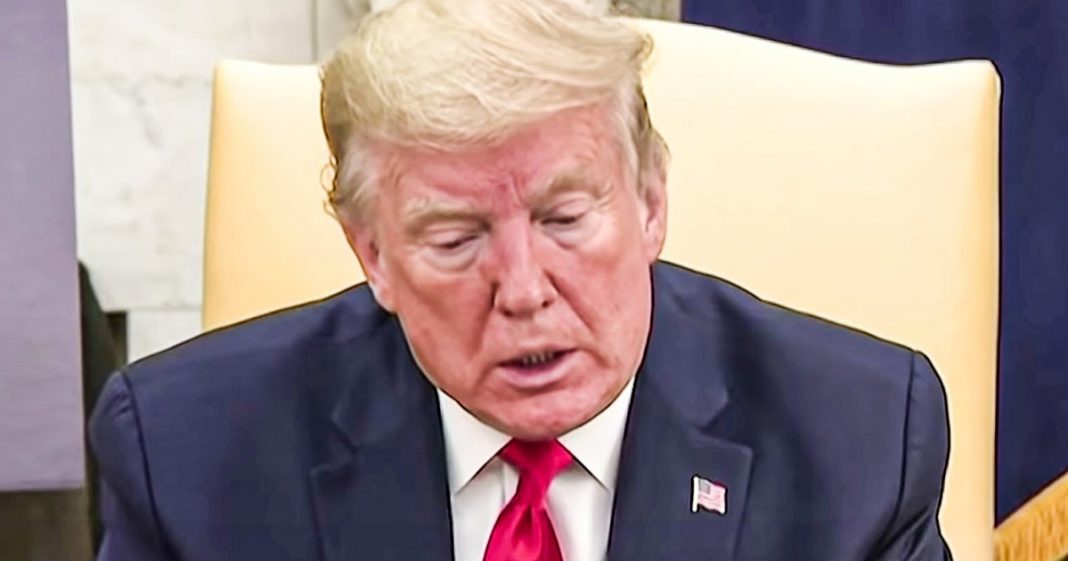 Nearly 400 Congressional aides have signed onto an effort to beg the Senate to do what is right and to bar Trump from ever being allowed to hold an elected office ever again. These individuals were also forced into hiding during the raid on the Capitol, and they feared for their lives just like members of Congress. They should, at the very least, be allowed to tell their stories during the trial. Ring of Fire’s Farron Cousins discusses this.

370 current congressional staffers have sent a letter to the Senate, begging them to please convict Donald Trump and bar him for the rest of his life from ever holding another political office. 370 current staffers have signed onto this letter. So we’re talking about nearly 400 individuals. They’re not elected officials. They’re not famous people. They’re not anyone who people outside of their own families probably even know who they are. So why would the Senate listen to these people? Because these people were also in the Capitol on January 6th. You know, we always think when we think about January 6th and the insurrection, we always think about the lawmakers. Lawmakers obviously they’re the ones who have talked about this. They’re the ones like AOC, who talked about the, the terrifying experience that it was, but they’re not the only ones. The staffers were also there as they are every single day.

The staffers have also received death threats from crazed Trump’s supporters. They have had to go in certain circumstances, special training. They’ve had to go to special training courses to learn how to defend themselves from some of the crazy people that they have to deal with. They know what they’re talking about because they’ve been just as involved and they are just as scared and their lives are just as precious as the lawmakers. And so they’re begging the Senate, listen to us, we were here too. We should have a say in this. And I agree. I think these staffers, obviously, I don’t think you can have all 370 of them, but I think you should pick a group of them and have them testify in that Senate trial, if for no other reason than to tell the story of what happened, each of them in their own words.

Talk about the horror. Talk about the uncertainty. Talk about the phone calls that some of them likely made to family members saying, I don’t know if I’m going to see you again. Let them tell those stories, let the emotions run, let them cry if they need to cry because the public is going to be watching and that’s what this is all about. We already know what the outcome will be. We know he’s not getting convicted. So the next best thing is to sell it to the public, remind the public of how horrifying it was. We only saw it on TV and we were mortified. So let’s hear from the people inside that building, let’s hear what they went through and let’s see how that moves the needle against the Republican party. So yes, I am advocating doing this for partisan reasons. That doesn’t make it any less true what these people went through and they deserve to have their story told and the public needs to hear it.