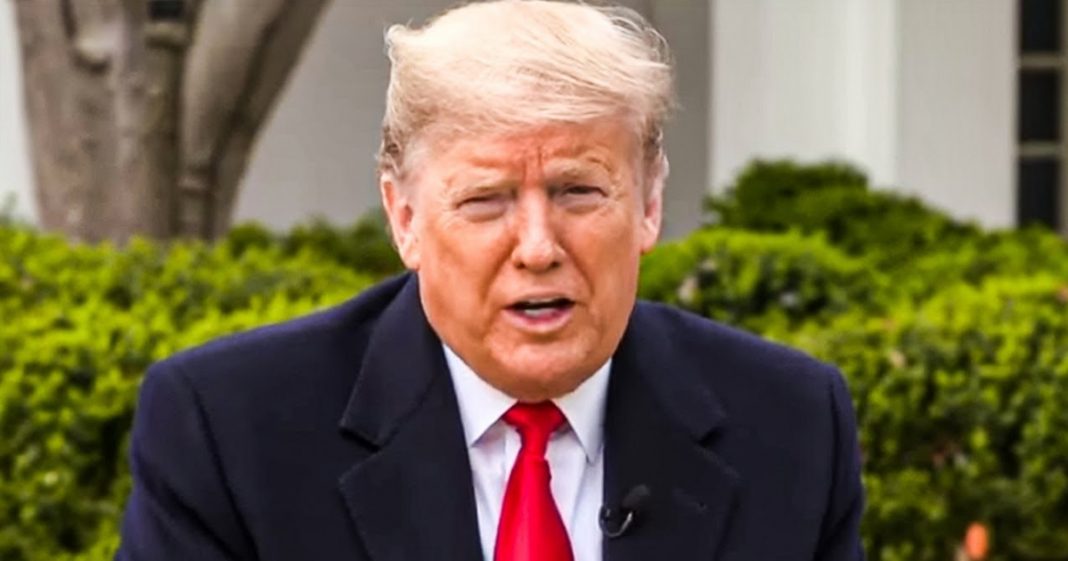 Buried in a new report from The Daily Beast is an interesting point about Donald Trump’s post-Twitter ban life. According to the report, Donald Trump desperately wants to be insulting towards people like Liz Cheney, but he doesn’t have the means to do it because of his ban. So instead of tweeting it himself, he is asking people closest to him to tweet out his attacks for him. Ring of Fire’s Farron Cousins explains what’s happening.

Buried deep in a recent Daily Beast report, is the fact that Donald Trump is so annoyed about not being able to get on Twitter and insult his political enemies, that he has resorted to asking others to tweet out his insults for him. This Daily Beast report, by the way, was specifically talking about Donald Trump and his anger towards Liz Cheney because Liz Cheney wanted him to be impeached. She is the number three Republican in the House and yada yada yada, he doesn’t like her. He’s been talking to Republicans in leadership positions about getting her booted out of leadership, primarying her in 2022 and all of that. But most importantly, he just wants to attack her on Twitter and he can’t do it. Here’s from the report, due to Twitter’s banning of the Donald Trump account following the Capitol riot that Trump instigated, he has not been able to personally trash Cheney via his once widely read tweets. He has written out insults and observations, several of them about Cheney, but with no ability to tweet them himself, he has resorted to suggesting put downs for others to use or post to their own Twitter, according to a person with direct knowledge of this new habit.

I love it. This is great. This is wonderful. Look, I don’t care if he insults Liz Cheney, Liz Cheney sucks, but this shows you how powerful that Twitter ban truly is. This guy is sitting down there in Mar-a-Lago like, here’s the thing, this is what gets me about this, dude’s in his seventies. Okay. You got allegedly billions of dollars. You’re living at a fricking resort. Just relax. Just take it easy for the remainder of your life. Like who the hell cares about anything. You know you’re not going to go out there and be a philanthropist. So why not just be a selfish little prick, stay down there and shut your mouth. And he is incapable of doing that. This man is incapable of being happy. He can’t be content. That is the only solace we get to take, by the way, in the horrors that he inflicted upon this country, is to know that he as a human being will never ever know happiness. A little bit of solace in that.

Here’s the thing though, one of the insults, according to the people with direct knowledge, is that he wants to go out there and stress the fact that Liz Cheney has no friends. That’s literally one of the insults they talk about, like, she has no friends and I can’t tell people she doesn’t have friends, and argh. This was the best move Twitter could have done. This is great. This is exactly what we needed to happen because he understands that his power is diminished. If he can’t get out there and yell, he can’t do anything. He can’t have influence. He can’t have power. He can’t remind people every day that I’m still here and he’s losing it. So even though he’s not gonna, you know, end up being convicted in the impeachment trial, which I think we’re all in agreement on at this point, we can at least take a little bit of solace in knowing that this man is sitting down there in Mar-a-Lago every single day being off because he can’t get on Twitter and insult people.