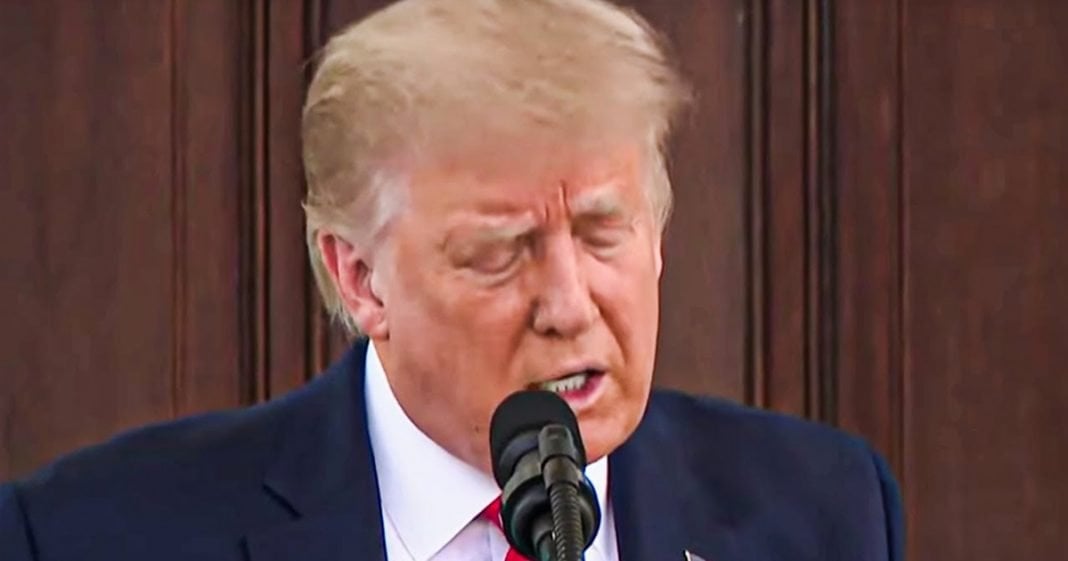 Former Trump White House staffer Hogan Gidley was given the opportunity to paint the Trump administration staffers who can’t find work as the victims this past weekend in an interview with Eric Bolling on the Sinclair Broadcasting Networks. Gidley begged companies to start hiring these former staffers because they now have intimate knowledge of how the government works, but Ring of Fire’s Farron Cousins explains why that simply isn’t possible given the circumstances.

Former Trump staffer Hogan Gidley was allowed to appear on television over the weekend with former Fox news host, turned Sinclair broadcasting company host, Eric Bolling, where Bolling allowed Gidley to go out there and issue a sales pitch to what Gidley referred to as woke leftist companies, telling them that they should hire former Trump staffers because these folks know how the government works. Here is the exact quote from Mr. Gidley, and this, by the way, I guess a little backstory first, which we’ve talked about at length, but I’ll just remind everybody. Former Trump staffers are having a hard time getting hired anywhere, just as we have been predicting they would have a hard time, for literally four years, by the way. Been warning you for four years and now of course, they’re unable to find gainful employment.

So here’s his quote. I’m not surprised at all. They hated us for years and remember, it’s not the president so much. I mean, they hated him for sure. They hate all of us. They hate the people out there who don’t agree with them. And the whole lie about unity is completely the biggest farce I’ve ever seen. Of course, they’re going to attack those who worked in the administration, but people who work in a White House, whether it be Republican or Democrat, have a depth of knowledge of how the government works. That’s an asset to any entity at all. They also understand the players in Washington, DC. Really, really Hogan? That’s the lie you’re going to go with Hogan?

They have an intimate knowledge of the inner workings of the government and they know the major players in DC, really Hogan? Do we, do we need to go through the list? You’re talking about people who worked for a guy who got his feelings hurt because he lied about the path of a hurricane. So he took a Sharpie and he drew an extra, extra little ring on the cone of uncertainty. Is that, is that typical? Is that usually how the government works? So those people have an intimate knowledge of, of how that goes? Do, do, do the major players in DC politics, does that include the MyPillow guy? Because he’s been to the White House numerous times, you know, to talk about martial law and how to circumvent a US election, is that intimate government knowledge of how things work with the major players like Michael Flint, hmm? Rudy Giuliani, who’s likely going to end up in jail.

You see where I’m going, Hogan? Typically, yes, you would be correct. If you work in a White House, you do meet lots of major players out there. You, you learn how the government works, the ins and outs and how things go, but we just went through four years of frigging chaos. Nothing worked the way it was supposed to and all of the major players from the Trump administration have either been fired or they’re under investigation. Like, those major players aren’t going to come in handy to any corporation that hires a Trump staffer because they’re all gone. They have no power anymore, anywhere because they’re just as toxic. Oh, you know Betsy DeVos, cool. Nobody cares. Ben Carson. Wow. He’s a little nutty now. See ya.

Oh, you’re good buddies with Andrew Wheeler, get the hell out. Those are the things you’re going to hear if you try to name drop members of the Trump administration in a job interview. Now what Mr. Gidley here was doing wasn’t so much about begging corporations to give us a job. It was about trying to create sympathy for this entire administration, Trump included and Sinclair broadcasting, which is a massive right wing organization. Eric Bolling is a massive right-winger. You click on the link in the description to look at his picture, it looks like the dudes had some real bad plastic surgery. Um.

But they’re allowing these people to whitewash what’s happening, to paint themselves as the victims. Ignore all the horrible things we did. Ignore all the kids in the cages. Ignore our ignoring of Puerto Rico following hurricane Maria. Ignore what this man said about the massive California wildfires. Ignore the fact that he let hundreds of thousands of people die in a pandemic because he didn’t want us to blame him. Yeah, that’s what this was. This was a propaganda segment by Sinclair broadcasting, that is what just happened. Hogan Gidley doesn’t give a crap if any of the former staffers in that White House get a job, except himself.