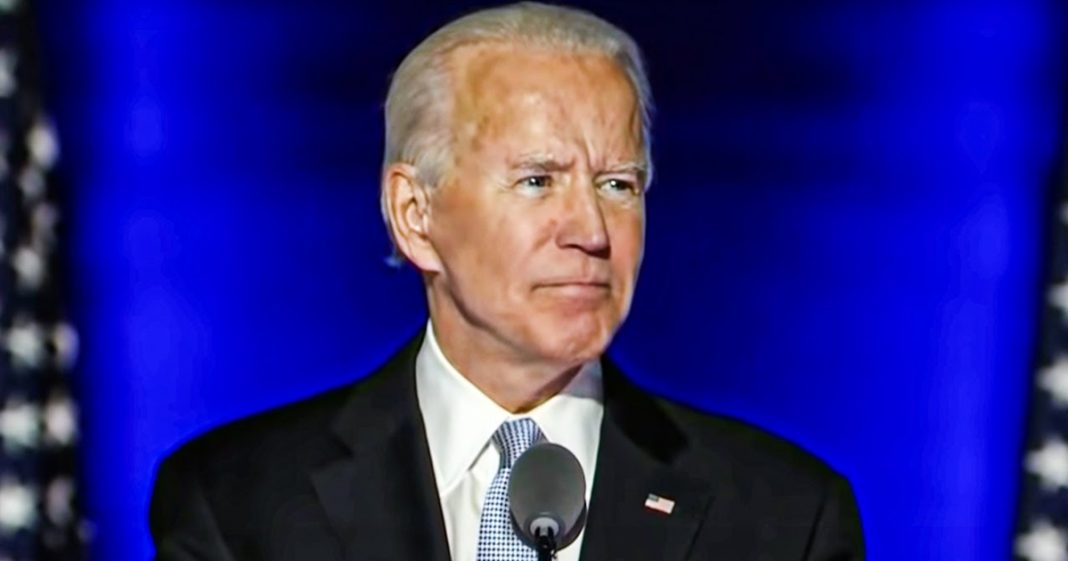 We keep hearing from Democrats, and even some Republicans, that we need unity in order to move America forward. This is a farce. We need bold action to help struggling Americans, and anyone who stands in the way of that should be cast aside. We don’t need to make friends with people who want us dead or seek to do us harm, and we don’t need to make peace with a Party that is ok with their members threatening the lives of Democrats. At this point, unity is actually a dangerous concept, as Ring of Fire’s Farron Cousins explains.

This past weekend, former conservative columnist turned moderate columnist for Washington Post Jennifer Rubin, put out a column that shockingly enough, I actually mostly agree with. And that’s really not something I’ve ever been able to say about a Jennifer Rubin column, but she made some really great points here and give credit where credit is due. She’s got some good ideas and the first major theme of this entire article is the fact that unity, that we’re hearing so much from, from Biden and other, you know, establishment Democrats and hell, even some people on the right are saying, but unity is, is a stupid idea. You cannot have unity with a party that refuses to do anything about the fact that they have members who just 15 months ago were okay and liking the thought of executing Nancy Pelosi, the Democratic speaker of the House of Representatives and Republicans do nothing about it.

The same woman, representative Marjorie Taylor Greene on video harassing a mass shooting survivor. And those are just a, a selection of some of the absolutely disgusting things that that one individual has done. You also have people like Lauren Boebert who attacked the same Parkland survivor on Twitter. You have Cruz and Hawley and Tuberville who encouraged the, you know, overturning of the 2020 election. Along with people like Matt Gaetz and Jim Jordan and Jordan’s sorted history, that still he has not been held accountable for. How in the hell are you going to tell us to uni, unite with these people? These are not our friends, you know, I’m sorry, but I am not going to align with anyone on the right who holds any kind of belief that these people believe. You even have some in the leftist media who say we should unite with certain members of the right. Oh hell no. Like the proud boys. You, you gotta be freaking kidding me. Absolutely not. No, never.

And Joe Biden needs to drop this whole unity thing because he thinks that’s the only way the country can move forward, but he is wrong. The only way this country can move forward is with bold action. He thinks that uniting with these Republicans who obstructed his and Obama’s agenda for eight years is the only thing that’s going to prevent the Democrats from getting walloped in the 2022 midterms. He’s wrong about that too and Jennifer Rubin actually lays out three great points as to how we prevent that from happening. Here they are, first, Democrats need to make the Trump hugging McCarthy and the loony Greene, the faces of the Republican party. Absolutely right. We need to stop referring to it as the Republican party, as if there’s any kind of, you know, old school Republicanism left. It’s the party. It’s the party, excuse me, of Marjorie Taylor Greene.

It’s the party of Donald Trump. It’s the party of Lauren Boebert and Matt Gaetz. These deranged individuals should be the face of the party, but it’s up to us to do that. I mean, these Democratic organizations start running ads now. Get them on TV now so that people remember that or do what you always do and just wait until it’s a little too late and Republicans have already captured a new narrative. Second point, a nationwide voter registration effort may help or, organic movements we’ve seen in Arizona, where some 10,000 Republicans changed parties. And I think you have about 5,000 in Colorado so far too, um, agree a hundred percent. You’re already seeing people wanting to leave the Republican party. Go give them that helping hand, don’t be pushy, but welcome them in, that’s smart. And the third point she makes is, Democrats should keep in mind how Stacey Abrams flipped the red state, painstaking organizing work. And then she says, Democrats need to go do this in States where we have a shot of flipping like North Carolina and Ohio.

Interestingly enough, she did not mention Florida, which as I have said, Florida is not actually a swing state anymore. Florida’s, Florida’s gone. Florida’s gone. It sucks, but it’s true. North Carolina and Ohio, maybe not. I think we need a stronger showing in Pennsylvania too though. I know Pennsylvania went blue this past time, but it’s too iffy and it’s too much of an important prize. Focus on Pennsylvania as well. Let’s solidify that one while we’re at it, Colorado too. So those are great ideas and it’s what the Democrats need to do. So drop the unity crap and instead focus on making your party bigger and better. Make sure you stand for something and most importantly, make sure you deliver things for the public that they have been asking for every single day. Maybe pay a little bit more attention to what’s happening, pay a little bit more attention to public polls. The people want you to deliver, so do it and you won’t have a problem with the 2022 midterms. Fail on that front and your last two years in office are going to be very brutal.