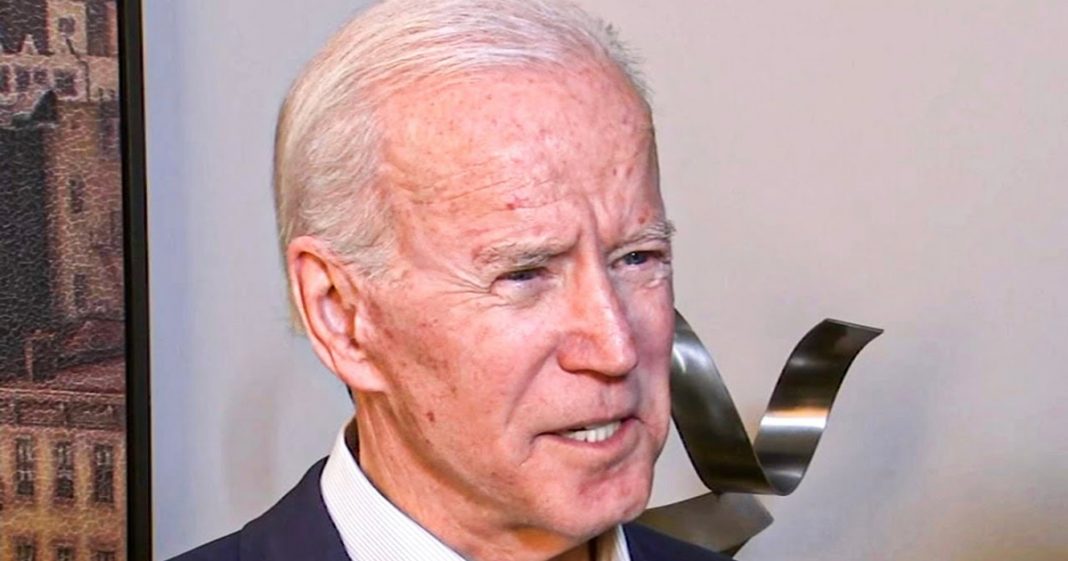 The Biden administration has reportedly rejected an offer by Iranian officials to rejoin the Iran Nuclear Agreement that Donald Trump had terminated. This is not a smart move by Biden, as they have been warning this week that Iran is getting closer to nuclear capabilities, a claim that was also made by the Trump administration. Ring of Fire’s Farron Cousins explains what’s happening.

Earlier this week, the Biden administration, unfortunately came out and said, hey, Iran is getting closer and closer to being, you know, a nuclear power on the global stage and we can’t have that. In response to that, Iranian officials came out and said, hey, listen, since you’re talking about us and our nuclear capabilities, y’all want to get back into this agreement that we had? Like, we welcome you back. We’re willing to come back. Let’s sit down, let’s talk about this. Let’s get an agreement working again so that both sides can benefit and the Biden administration said no.

In the weeks before the transition actually took place, when Donald Trump seemed very likely to be attacking Iran, you know, they were sending our planes to fly right along the border, just goading them into attacking us. They had their war ships stationed out there ready to get troops into Iran, but Iran didn’t take the bait. Thank God and I kept saying, then when Biden comes into office, one of the first things he has to do is iron out this situation and most importantly, get us back into the arraign, Iran agreement. And here the opportunity arises but instead of doing the right thing, they’re doing the Trump thing.

They’re doing the warmonger thing. They’re out there telling us that, oh, Iran is this big threat or they’re a huge threat. Oh my God, they could have nukes and then the Iran says, well, hey, do you want us to get rid of them? Because like, we’re willing to do that and we’ll even talk to you about it. You can be a part of it. Um, so what do you want to do? And then they say, no. Go away, go away. You’re, you’re ruining our talking points, basically. That’s what’s happening right now. They’re ruining our talking points. The Iranian officials are kind of dumbfounded at the moment. Like they can’t believe the guy who was a part of the original administration who came up with this deal is now saying no.

I can’t believe that this is happening, to a degree. I mean, especially, yeah, considering that this was an Obama thing. So why wouldn’t Biden want to jump back in? And he loves Obama. He loves continuing Obama stuff. This was one of the good things that came out of the Obama administration. But the war powers are, are louder. The war powers mean more to those in charge. And we know that some of Biden’s picks in foreign policy are hawks. This is the wrong path. This is the wrong decision and hopefully they revisit this and they overturn it.