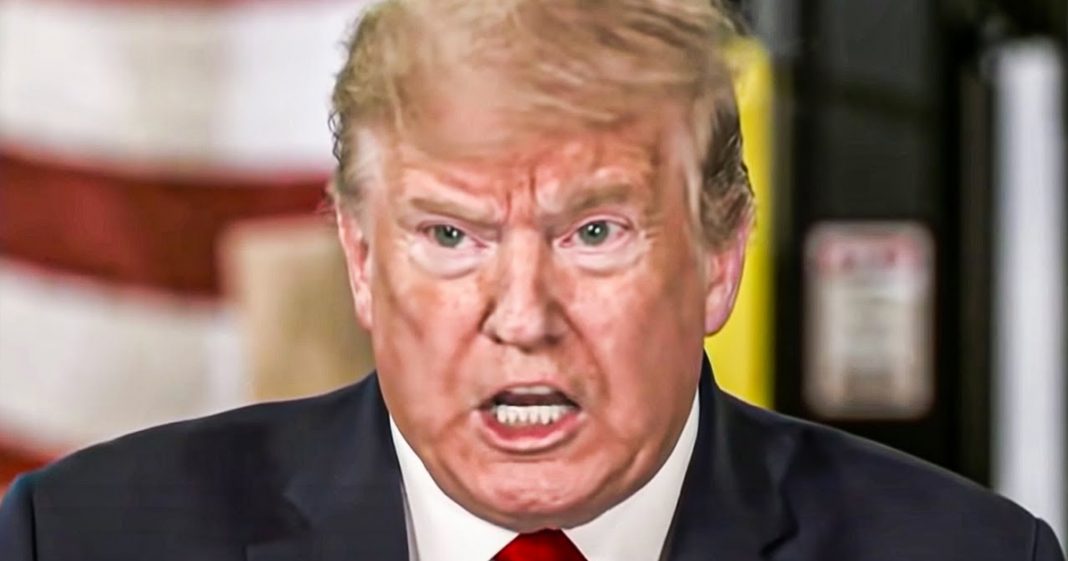 Donald Trump’s lawyers announced on Thursday that Donald will NOT be testifying at next week’s impeachment trial, mostly because, as they put it, the whole thing is just a publicity stunt for Democrats. Nobody does publicity stunts better than Trump, so that’s an odd argument for his lawyers to go with. But the decision to not testify really is probably for the best for his defense, as Ring of Fire’s Farron Cousins explains.

This week, the Democrats offered, well, as some are calling it, they actually dared Donald Trump to testify in next week’s impeachment trial in the Senate. And his lawyers quickly announced that no, Donald Trump is not going to show up in the Senate and testify at this trial. And to be honest, like just from a pure defense standpoint, that is the right call. If you do not have to have your defendant, the guy you’re representing testify, you never do it. You know, unless it’s absolutely pertinent to the case, you keep them sitting there, you keep their mouth shut. You do not let them on that stand, unless that is the only way to prove their innocence. And so his lawyers, you know, again, legally speaking probably made the right call by saying no, Donald Trump is not allowed to go testify. Now, in terms of entertainment value, that kind of sucks.

Like, that would have been so great. It would have been so great if Donald Trump actually would have followed Steve Bannon’s advice and shown up there to represent himself in the trial, that’d had been great. But I do think the public needs to hear from Donald Trump. I think we need to hear from his own mouth, why what happened on January 6th happened. I want to know what his excuse is. I want to know and I know we’ve seen, obviously we’ve seen tweets. We’ve seen little clips here and there, but no, no, no, I want a just non-stop shot of the former president looking at a camera or looking at a Senator during a trial, having to explain in his own words why he thinks January 6th happened. Not because it matters, not because he’s going to be honest about it. In fact, the main reason I want him to do that is to see how dishonest he would be. That’s the point because I don’t need to see it, I understand.

The public needs to see it. That’s what needs to happen. Donald Trump should have to answer these questions, you know, that one and so many more so that the public can see it. We already know this is not going to have any effect whatsoever on the outcome of this Senate trial. Donald Trump is not going to be convicted. It’s very unfortunate, but we all know that that’s how this thing ends. But the public needs to hear it, the public needs to see it and the public needs to remember it because as the Republican party continues to lurch even, you know, further to the right, into this Trumpy MAGA cult, they need to remember the guy that brought them there. They need to remember why this happened and who made it happen because they need to be able to transfer those feelings of anger and disgust from Trump to the entire Republican party. That’s how the Democrats win and I believe based on what we’ve seen, that’s why the Democrats wanted Trump to testify and to be honest, I think that’s the biggest reason why his lawyers are saying that he is not allowed to.