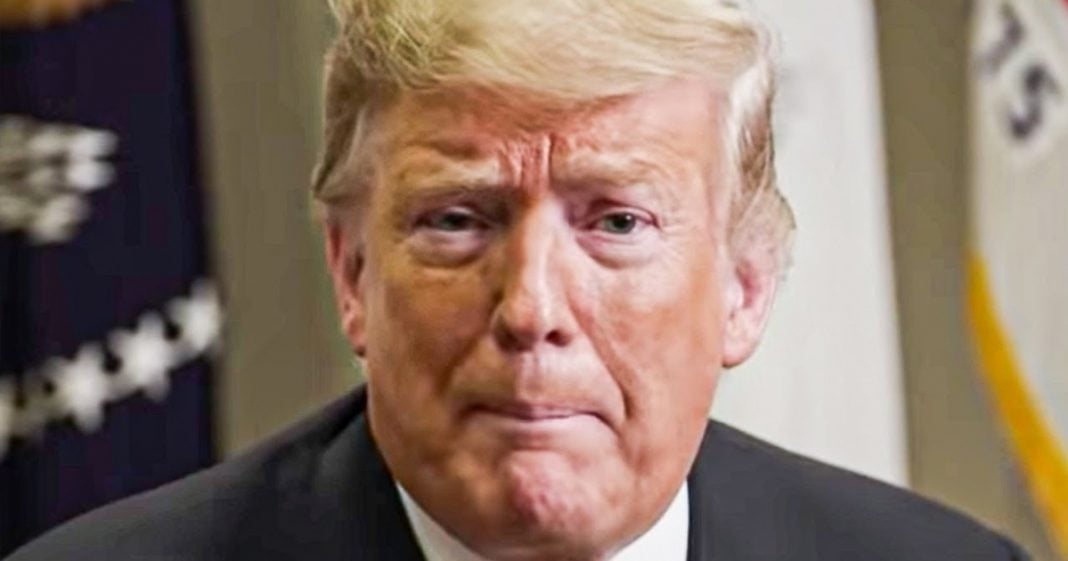 Donald Trump issued a ridiculous letter to the SAG-AFTRA union on Thursday, announcing that he was leaving the union. The union was actually in the process of reviewing his membership and was likely to kick him out, so this was his “you can’t dump me because I’m dumping you” moment. But the letter reads like a parody written by a child, as Ring of Fire’s Farron Cousins explains.

Yesterday, Donald Trump sent a letter to the SAG-AFTRA actors union, announcing he was effectively resigning his membership from SAG, but that’s only because they were actually about to kick him out. So it was your classic, you can’t break up with me because I’m breaking up with you scenario, but here’s the fun part of this story. Donald Trump sends this letter and it immediately goes around social media. First time I read it, I thought ha, that’s hilarious. You know, that sounds exactly like something he would write. Because I didn’t think for a second that this was actually real. I was wrong. This is real. This letter that sounds like it was written by somebody pretending to be an exaggerated version of Donald Trump was actually written by Donald Trump himself and of course, as usual, signed in his big Sharpie lettering there.

I’m going to read this. I’m going to read the whole thing because this letter is just too insane to leave any part of it out. So here we go. Ms. Carteris: I write to you today regarding the so-called disciplinary committee hearing aimed at revoking my union membership. Who cares? Well, I’m not familiar with your work. I’m very proud of my work on movies, such as Home Alone 2, Zoolander and Wall Street: Money Never Sleeps and television shows including the Fresh Prince of Bel Air, Saturday Night Live and of course, one of the most successful shows in television history, the Apprentice, to name just a few. I’ve also greatly helped the cable news television business, said to be a dying platform with not much time left until I got involved in politics, and created thousands of jobs at networks, such as MSDNC and fake news CNN among many others.

Which brings me to your blatant attempt at free media attention to distract from your dismal record as a union. Your organization has done little for its members and nothing for me, because that’s always what it’s about. Besides collecting dues and promoting dangerous un-American policies and ideas as evident by your massive unemployment rates and lawsuits from celebrated actors who even recorded a video asking, why isn’t the union fighting for me? These however are policy failures. Your disciplinary failures are even more egregious. I no longer wish to be associated with your union. As such, this letter is to inform you of my immediate resignation from SAG-AFTRA. You have done nothing for me. You’ve done nothing for me. Isn’t that, that kind of the mantra of Donald Trump’s life? Isn’t that how he is with every human being that he comes in contact with?

Have you something for me or have you not done something for me? Have you done anything for me lately? Have you done anything for me today? Was the thing you tried to do for me successful? Because if not, then that also doesn’t even count. Just ask Rudy Giuliani still, still didn’t get a pardon after everything he did for Trump. It’s all about what can you do for me? It’s all about trying to save his ego as well, that’s the other part of this.Trying to make it seem like, oh, silly, silly, silly fools at the union. I decided to leave you, ha, I win as I always do. No, you look like a big frigging baby. That’s what you look like. Again, I legitimately thought that was a parody letter. I did not think it was real. While it does, of course read like something Trump would say, it also reads like somebody pretending to be Trump, that’s what they would say. But nope, that’s the former president of the United States, ladies and gentlemen, Donald J. Trump no longer a member of the actor’s union, such a sad day for Hollywood.