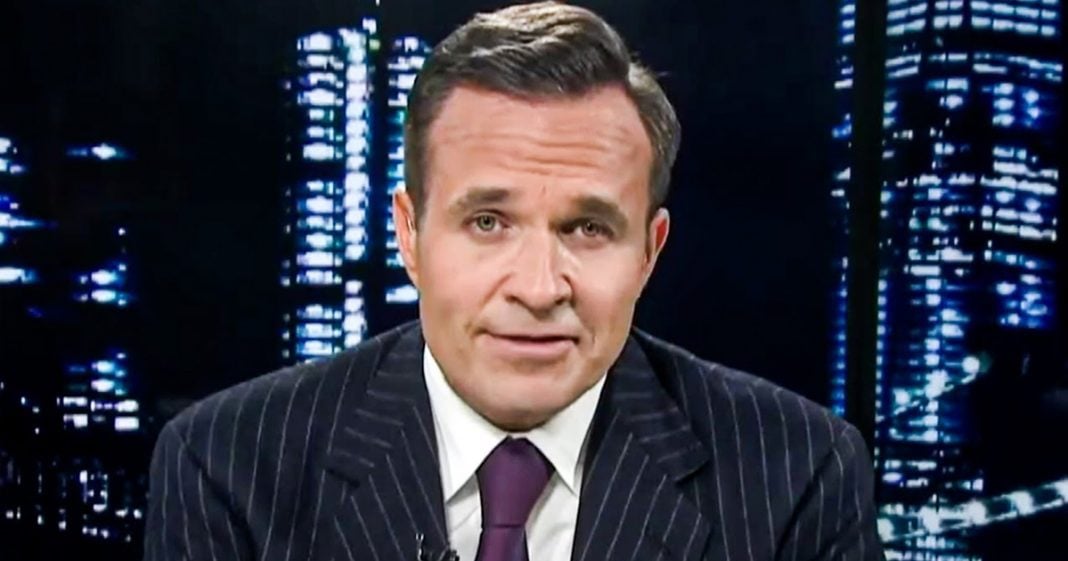 Newsmax host Greg Kelly posted a story on Twitter this week about how he freaked out inside of a McDonald’s because they didn’t have any fish sandwiches. If the story is true, it shows just how petulant and whiny Kelly really is, and it shows that he’s not used to being told the word “no.” Ring of Fire’s Farron Cousins discusses this bizarre situation and why Kelly felt the need to post it online.

Newsmax host, Greg Kelly yesterday made the entire world laugh and it would be great if that was actually his intention, you know, get everybody to laugh and make everybody feel good. But no, no, no. Mr. Greg Kelly made everybody laugh and smile by showing what a complete moron he is. You see Greg Kelly, again, a host at Newsmax, went on Twitter to rant about not being able to get a fish sandwich from McDonald’s. I love this story so much. Here’s his tweet and by the way, before I even read the tweet, in case you haven’t seen this little rant that he had, please understand that this grown man doesn’t know how to spell McDonald’s. He spelled it MacDonald’s, like Mac.

I mean, I think anybody who’s over the age of like seven, you understand, I mean, it’s, it’s McD’s. That, that used to be the slang for it. Like everybody knows there’s no a between the M and the C, but no, this idiot spelled it MacDonald’s and MACDONALD’S is in all caps too. Like, almost to emphasize how stupid he is, like, MACDONALD’S. Anyway, sorry. That’s a pet peeve of mine. People calling it MacDonald’s instead of McDonald’s. So anyway, here’s the tweet. I just went to a MacDonald’s and there was no McFish on the menu. Okay. Before I even finished the tweet, look as somebody who spent two years of my youth working at a McDonald’s, there is no such thing as a McFish. And again, he put MCFISH in all caps. There’s a filet o fish. That’s a thing, but there’s no McFish.

And also if you’re going to call it MacDonald’s, wouldn’t it be a MacFish? Because you wouldn’t have a McFish at MacDonald’s. You would have a MacFish at MacDonald’s or a McFish at McDonald’s. Continuing, when the hell did this happen? Is it permanently banned or is it just my local MacDonald’s? I demanded to see the manager, but they accused me of being a quote, male Karen. So I walked out. Is that really the hill that you’re willing to die on for the, uh, McFish at MacDonald’s? First and foremost, look, I’ve seen some pretty, pretty rude people working in every, you know, industry in this country. Not always, but you do see rude people. I refuse to believe for a second that anybody working at any McDonald’s anywhere in this country would to a customer’s face, call them a male, a male Karen, I don’t believe that for a second.

The other thing about this too, though, is the fact that this dudes tweeting this out. This was like 9:00 AM, McDonald’s is still serving breakfast at 9:00 AM. No, you can’t get a McFish, I’m sorry, God bless it. Now I’m saying McFish. You can’t get a filet o fish at nine in the morning, plus who wants to eat fish at night in the morning, fried fish at nine in the morning? Yikes dude. Which leads me to believe, of course, that this entity thing is fake. The dude is trying to obviously make some kind of point, make himself out to be some kind of victim, but he just sucks at coming up with make-believe scenarios. That’s what I believed happened and until we get an official statement from MacDonald’s saying otherwise, I’m just going to assume the guy made the whole thing up because he wanted a little bit of attention and of course, a McFish sandwich.