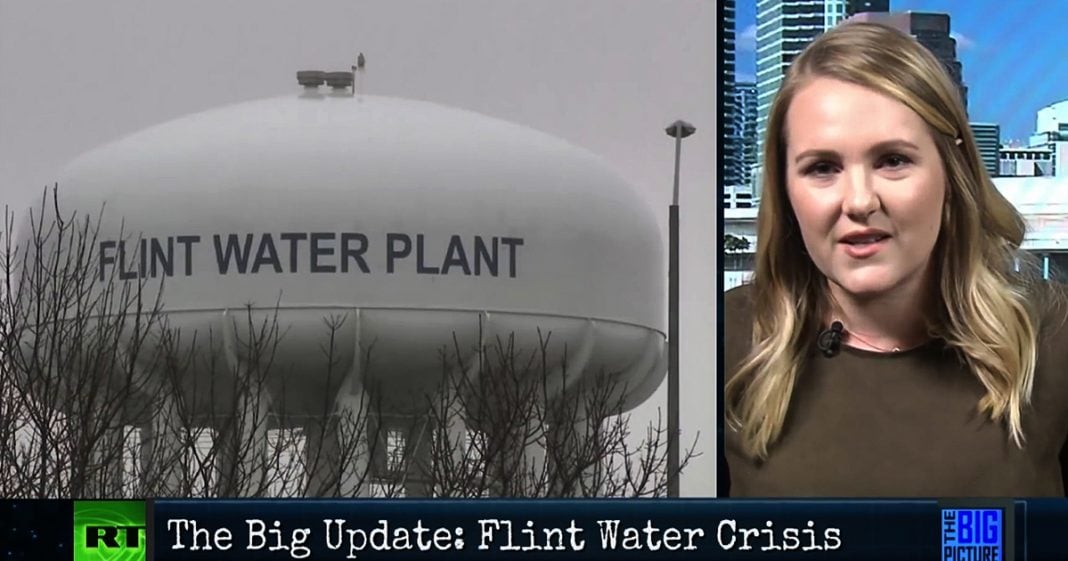 Via The Big Picture: Attorney Sara Papantonio gives an update on the charges brought against former Michigan governor Rick Snyder and other Flint city officials for their involvement in the water crisis which sickened tens of thousands and led to a dozen death’s from Legionnaire’s disease.

Holland Cooke:                   And we want to update you on a story I have been following ever since I came to RT America and before me, Ed Schultz was on this case from the get go. Here, accompanied by his attorney, former Michigan governor Rick Snyder is seen in a booth in the Genesee County jail pleading guilty via zoom as he, one of nine charged is arraigned in the latest chapter of the sad Flint water story. It’s the first time in Michigan history, a current or former governor is facing criminal charges for alleged misconduct while in office, two counts of willful neglect of duty, a misdemeanor, each count punishable by up to a year in prison and a fine up to $1,000. Yeah, as we tape this weeks show, governor Snyder’s attorneys have filed a motion to dismiss. Get this. They claim that the court in Genesee County where Flint is, lacks jurisdiction because Michigan state Capitol is in Lansing, which is an Ingham County. Sara, thousands were exposed to contaminated water, a dozen or more died from Legionnaires’ disease. Can justice be served and where do you see this case heading?

Sara Papantonio:              You know, we certainly hope justice will be served, but, but right now it hasn’t because what they’ve done is charged the governor with two misdemeanors. Two misdemeanors is never going to justify what this man’s done to the people of Flint. That’s only two years in jail. That’ll never be enough to provide justice for the 12 people that we’ve seen dead and the over 80 people who have been diagnosed with this disease. So we certainly hope for justice, but right now it’s not being served. But Holland, what we can say is that this is finally a step in the right direction. It’s certainly a start because our justice system is finally finding the courage to hold people in power, criminally responsible for their actions, because I wish that Flint was the only place that this, this was happening. Flint is not the only place where people’s waterways have been poisoned by corporations.