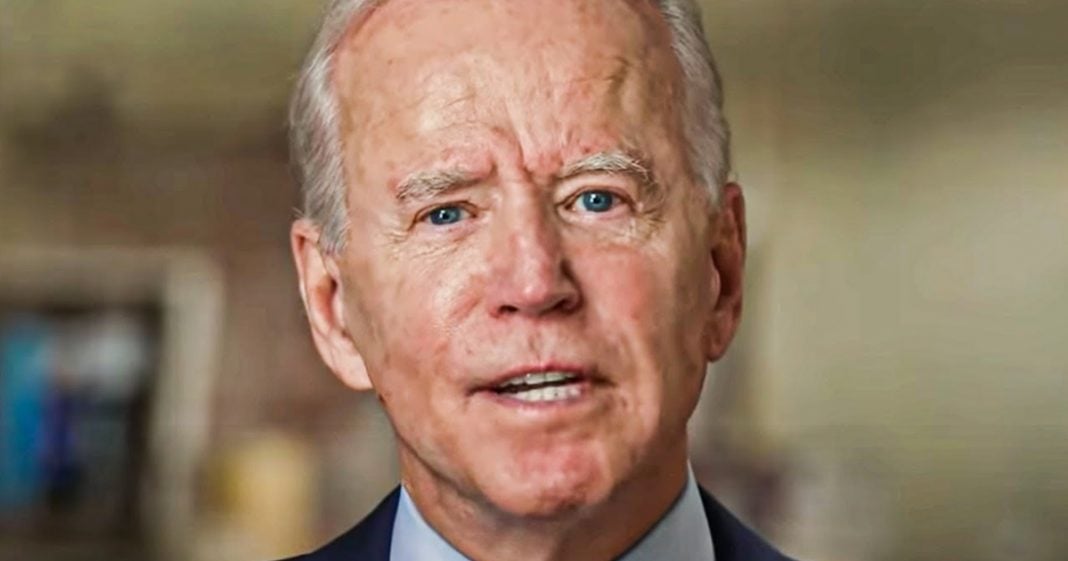 Now that the COVID relief package has basically settled on $1,400 checks for Americans, the question now is who will get them? The answer should easily be “everyone,” but Democrats are already letting Republicans craft a narrative about people getting checks who might not actually need them. The truth is that Democrats are being led into a trap laid by the Republicans, and they don’t even seem to realize it. Ring of Fire’s Farron Cousins discusses this.

Early early this morning, after 14 hours of debate and what is being called a quote vote-o-rama, basically getting rid of all of the Republican amendments they tried to tack onto it and after vice president Kamala Harris had to come in and be the tie-breaking vote, the Senate finally agreed on a COVID relief resolution. Now we wait for the House of Representatives to do their part. Two bills come together and most likely through the process of reconciliation, we’re going to get another COVID package that yes does include the $1400 checks. Now here’s the problem and this is where Democrats are walking into a minefield. There is still talk about limiting who would be eligible for these checks. Now the last round of $600 checks that went out early this year, like literally within the first couple of days of this year, Democrats had managed to expand eligibility over the ones we got last April.

So that was fantastic. I think it was up to $198,000 for a household, you got the check. But this time there is talk of limiting it to maybe households that make $75,000 a year or less, individuals who make $50,000 a year or less. You’re going to cut out millions of people who desperately need this relief for no reason. Republicans are the ones who have been pushing this, let’s limit it because God forbid we give wealthy people, you know, money they don’t need. Save that for the tax cut legislation, folks. No, they love giving money to people who don’t need it. Just, you know, not poor people who actually do need it. So anyway, the Democrats have now said, they’re not, they’re not entirely against limiting the scope of who gets this money. Listen, if we have to go through the process of budget reconciliation, as I have explained in the past, you only get three opportunities per year to use reconciliation.

So it is kind of, you know, like a genie in a lamp, you know, you get three wishes no more. You know, you can’t even use reconciliation to give yourself more reconciliation, no wishing for more wishes. So if we’re going to use one of our wishes, make it big, make it as big as possible. There is no reason to scale down who gets this. I would much rather see every single person in this country get a check or a direct deposit than to see one person who needs it not qualify for it because they make $51,000 a year. $50,000 a year, $75,000 for a household, that’s not enough. In most parts of the country that is not enough. We’re in the middle of a pandemic. We’re in the middle of a recession. We’re in the middle of a jobless crisis. We have all different crises right now coming down upon us and we’re saying, oh, but what if a millionaire gets $1,400? Cool. They can light it on fire for all I care.

I honest to God at this point could not care less if every single human in this country, even if they’re illegal at this point, screw it, I don’t care, people need relief. If that means a billionaire or a couple hundred billionaires get a check, oh fricking well, like that’s not going to break the bank for the United States anyway, let it happen. If the Democrats go along with the Republican idea to scale any of this down, that’s political suicide, there is no need for that to happen. You already don’t have them with you. Okay. This vote in the Senate that took place early this morning was strictly party lines. That’s why Kamala had to come in and be the tie breaking vote because it was 50 50. So, you know, you’re not going to get them on their side so don’t even try to win them over to your side. You don’t need them and you’re going to waste a very valuable reconciliation vote on something that might end up screwing you over. So don’t listen to them, make it big, make it fast and get it done.