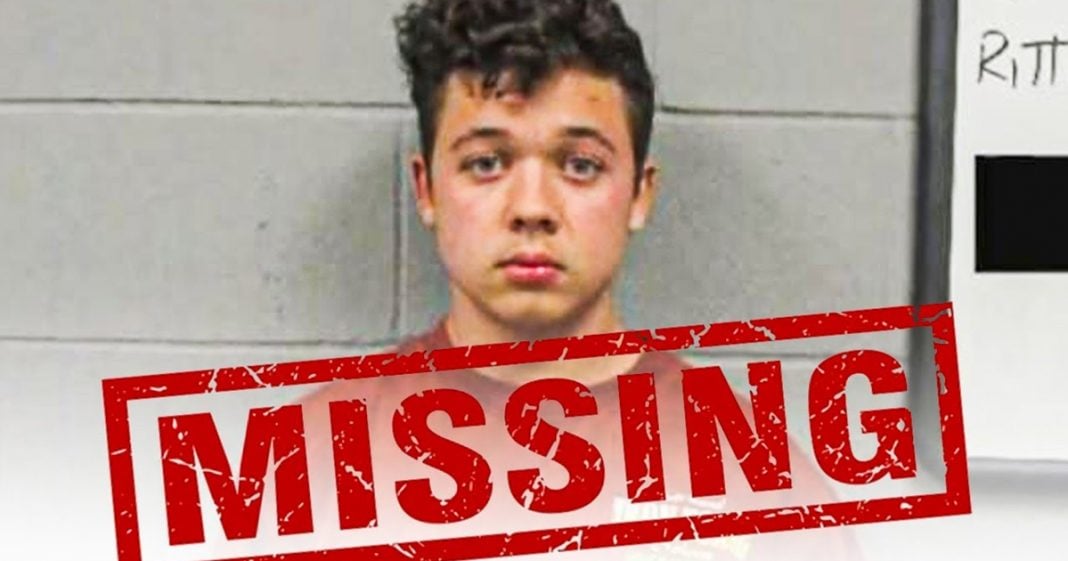 Kyle Rittenhouse, the gunman that shot two people in Kenosha, Wisconsin over the summer, has now gone missing after he gave prosecutors the wrong address. This is just the latest drama to unfold around the child, and it is further proof that prosecutors absolutely mishandled this case from the start and allowed the young white boy to act like he was above the law. Ring of Fire’s Farron Cousins discusses this.

On Tuesday, local news outlets in Illinois and Wisconsin reported the Kyle Rittenhouse, the then 17 year old who traveled from Illinois, crossed state lines over to Kenosha, Wisconsin and killed two protesters, they reported on Tuesday that he’s gone missing. Prosecutors can’t seem to find him because as it turns out, he gave them a fake address, told them he lived at one place and then when they had sent mail to him, because of course he’s out on bail, you know, God forbid we lock away this, this guy who killed two people. I mean, I don’t think there’s any question that he killed the two people. The only question is, you know, what was the intent here? That’s what the trials really going to be about. But he, he did it. We know he did. But anyway, they let the killer out. He said, cool, I’ll be right here at this address.

And then they go and check up on the address and find out, oh gawl darn it. We’ve been bamboozled. The kid’s not here. They don’t know where the F Kyle frigging Rittenhouse is. They don’t know. Maybe he’s out at another bar getting drunk with the proud boys that are now a terrorist organization in Canada. Throwing up white power signs. And you thought it was a smart idea to let this kid off. I can promise you if Kyle Rittenhouse was any other color than milky white he’d have been shot dead in Kenosha. He’d have been shot dead by authorities in Kenosha when this happened and if he hadn’t been, he’d still be we sitting in jail. And we actually know that because believe it or not folks, there were some black people who helped storm the Capitol. And they’re all still sitting in jail being denied bail. Meanwhile, the white people who did it, one of them was just actually granted the luxury of being able to take a vacation they had scheduled down to Mexico. They’re out on bail and the, the prosecutor said, ah, it’s all right, you’re white, go enjoy your Mexican vacation. Have some tacos for me, che che.

Kyle Rittenhouse is missing. This was predictable, but this, this is the justice system. This is the justice system. If you’re a little white kid, you can get away with a hell of lot more than you can if you were any other color person in this country and now he’s missing, he took advantage of it. He apparently seemingly based on what we know right now may have lied about his address because I don’t think it’s likely. I mean, I don’t know. I don’t know. Listen, I don’t know. Maybe he had lived there and then maybe they decided to move recently. Who knows? But the fact of the matter is you are still required to let the courts know that, especially when you’re out on bail. We live in the digital age, this kid cannot stay off the grid forever. By the time this airs, maybe he’s already been found.

But if you see him, if you see pictures of him, alert authorities immediately, and then everybody together collectively reach out to these prosecutors and demand that they request he be incarcerated until his trial. This kid is a flight risk. He has been caught drinking under-age while on bail, that right there alone actually would result in the revocation of his bail. This kid is flaunting it. He believes he is above the law and we have to demand that these prosecutors and that these courts remind him that that is not the case. Find him and send him back to jail.