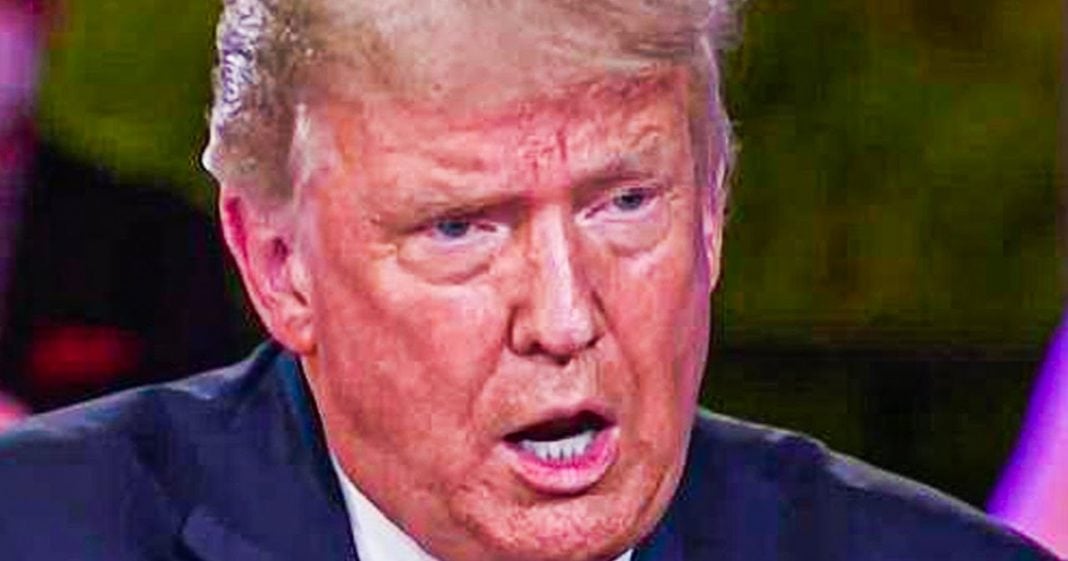 Donald Trump’s new legal team for his impeachment is already starting off disagreeing with the President. Trump wanted to make the trial all about election fraud, but his new lawyers have now come out and admitted that there is absolutely no evidence to support these claims. This likely isn’t going to sit well with Trump, especially because his entire defense depends on those claims. Ring of Fire’s Farron Cousins discusses this.

In a brief filed yesterday, Donald Trump’s new impeachment lawyers admitted that there is absolutely no evidence whatsoever to back up Donald Trump’s claims that the 2020 election was somehow stolen from him. Now that’s a very important statement that these lawyers made and I’m going to get to why it’s like super important in a minute, but let’s just rehash what we already know. According to reports and there’s multiple different reports out there as to why Donald Trump’s legal team quit. You know, one, they didn’t want to be associated with him. Two, Trump wanted to go with election fraud as his defense scheme. Other reports say, no, he wanted to pay them a lot less money and they weren’t willing to do it. So they left. So who knows what the real reason is, but we do know Donald Trump did in fact want to make election fraud central to his defense because after all, to be honest, it kind of makes sense from a legal standpoint. If Democrats are going to try to say that you spent two months getting these people riled up with fake claims of election fraud, but you come out and you say, well, hold up.

No, no, no. I have the election fraud here. If you’re able to do that, then that actually does negate what the Democrats are saying you did. So even though we all know the election fraud thing is totally bogus, I, I can see why he would think that that’s a good legal strategy. Problem is as his lawyers admitted in this briefing, it didn’t happen and you have no evidence and they have no evidence and nobody has any evidence, except apparently according to him, the MyPillow guy does, but everybody else in the country has no evidence at all. And by the way, if you haven’t seen that Newsmax clip floating around of Lindell swearing that he totally has it, uh, definitely worth it. But anyway, so that’s where we’re at right now. So let me tell you why this is super important that his lawyers said it doesn’t exist and it’s for all of those reasons, I just told you. The Democrats are going to make this not just about his actions on January 6th, at least I’m hoping.

If you make it only about January 6th, nope, you’ve already lost. But if you’re going to make it about his actions over the two months that led to January 6th, then that claim by those lawyers filed in that brief becomes your central argument. We knew there was no voter fraud. Trump knew it, his lawyers know it. His other lawyers know it. His campaign lawyers knew it. The DOJ knew it. All 50 secretaries of state knew it, but he continued to repeat these lies every single day to rile his base, to get them to do something like what happened on January 6th, that’s the case they’re going to make. So the lawyers going in and filing, filing this as a brief in the impeachment actually could end up hurting Donald Trump. So they must have some kind of better defense up their sleeve. Otherwise they may be like criminally incompetent as a legal team. We won’t know until Monday, but I can tell you filing this brief admitting that your client is still lying about this, probably not going to work out too well in his favor, or at least it wouldn’t work out in his favor if it was a fair trial, which we all know isn’t going to happen.