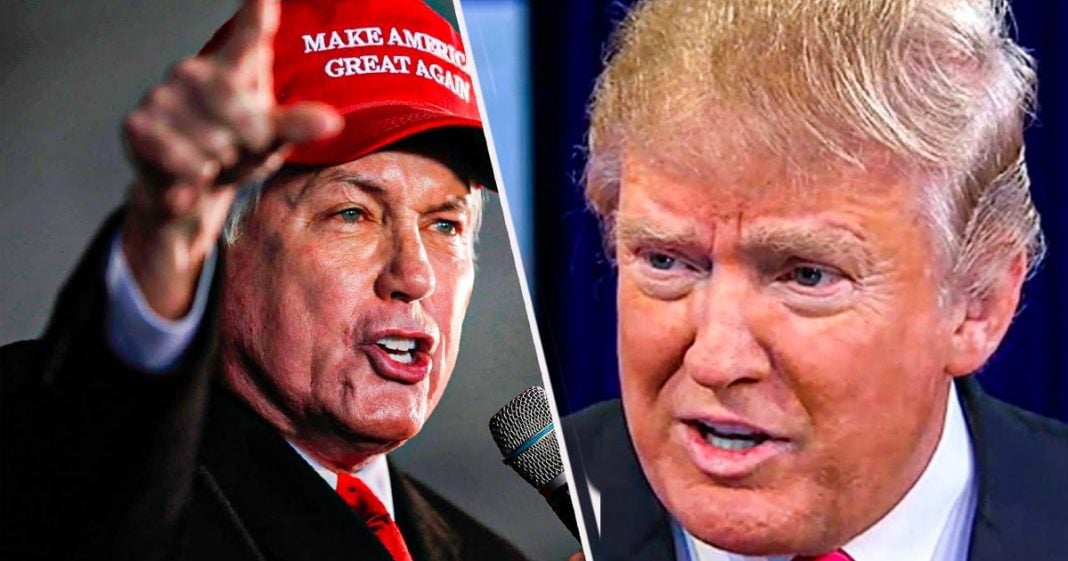 Lin Wood, one of Donald Trump’s most vocal lawyers from his election challenges, is now under investigation by the state of Georgia because they believe he may have voted in their state illegally. Wood announced last year that he had bought a house in South Carolina and had been living there since last April, meaning he wouldn’t have been an eligible voter in Georgia. Ring of Fire’s Farron Cousins discusses the irony of this situation.

Donald Trump and his attorneys spent months trying to convince us that massive voter fraud was real and one of the places where they said a lot of the fraud took place was in the state of Georgia. And unfortunately for them, they were never able to come up with any piece of evidence at all, to verify any of their claims. But we may now have that proof and it turns out the fraud was coming from inside the Republican’s the whole time. According to new reports, Trump attorney Lin Wood is now under investigation by the state of Florida for potential voter fraud. Here’s what happened, Lin Wood made it very clear last year that he bought a residence in South Carolina and he said that since April, he has made it to his permanent residence. That’s where he lives. He lives in South Carolina, but he voted in the general in Georgia.

Now you don’t have to be a lawyer, you don’t have to be a legal scholar in this country to know that if you live in one place, you don’t get to vote in the other place, right? This isn’t rocket science. In fact, the state of Georgia law is very clear. This, Georgia code says if a person removes to another state, with the intention of making it such persons residence, such person, person shall be considered to have lost such persons residence in this state. Good God, can we, can we get somebody to go and help Georgia rewrite their, their code? Uh, maybe not repeat the same words over and over and maybe say move instead of remove, I mean, come on. Wow, that’s awful. You let grade school kids write that? I’m sorry to insult Georgia. Anyway, if you move with the intention of making that your permanent residence, which Lin Wood, based on what we know made clear, yeah, this is my permanent residence. Then you voted illegally. Like you’ve become the fraud that you set out to find. That’s, that’s you now and you could be facing criminal penalties in the state of Georgia.

You could end up losing your law license over this, which I’m pretty sure based on all the, you know, bogus lawsuits you filed, I’m pretty sure you should lose it anyway, but it is what it is. And folks I want to remind everyone that so far, all of the instances of voter fraud that we have found from the 2020 election and for the record, the 2016 election, it’s all Republicans, every single one of them. There were four instances back in 2016. One of them was voting for the mayor of the city of Miami. The other three were Trump voters voting twice. That was all four cases wrapped up in a bow for you. So far this year, every case we have found are Trump voters, either voting illegally like Mr. Lin Wood, allegedly did and we have to say allegedly, until he’s convicted. And of course you had the dude in Pennsylvania who registered dead people to vote for Trump. So there is fraud out there, don’t get me wrong, there is fraud, it’s few and far between and so far, 100% of it that we know of was all for Trump’s benefit. So maybe that’s why Republicans keep talking about voter fraud, because they know it happened because they’re the ones who did it.