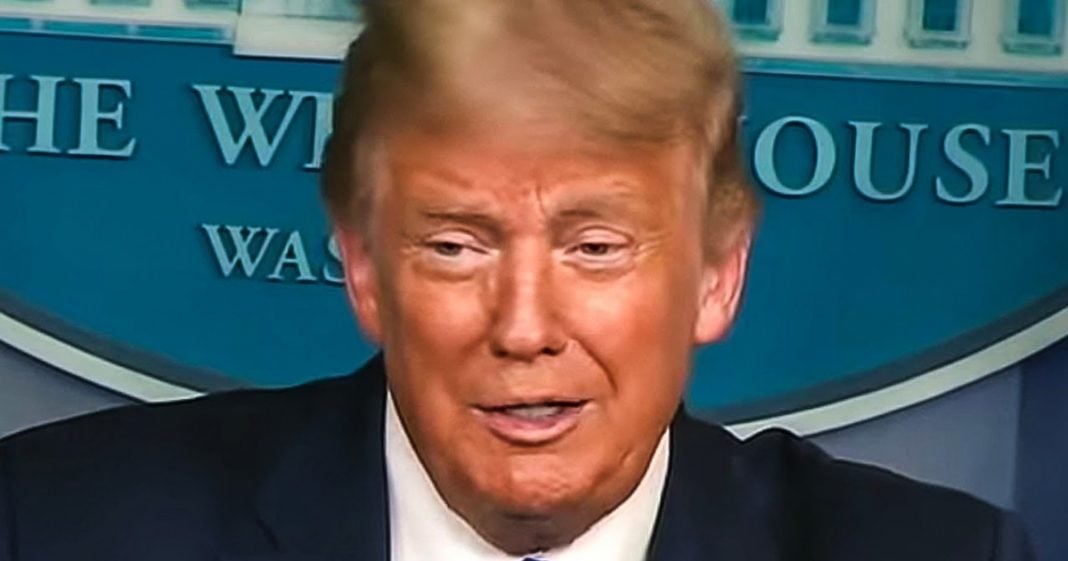 Republican lawmakers in Ohio have officially gone off the deep end, and they have written a proposal to create a statewide holiday honoring Donald Trump. This would be a yearly holiday, and the only holiday honoring a single President. Ring of Fire’s Farron Cousins discusses the levels of delusion that must be taking place inside the brains of these Republicans.

Um, okay. So these people are suffering from very severe psychosis. That’s, that’s good to know. It’s good that they out themselves like this, right? Because otherwise they do a pretty good job of hiding it. But, but coming out with this, um, this is delusional. This is absolute cult mentality and these people need to be removed and deprogrammed before they’re allowed to, allowed to come back to polite society. This is crazy to put it another way, you know, to drop the formality of all this. These people are just crazy and that’s what we’re, we’re having to deal with here. I mean, let’s get this straight. There isn’t a single other president who has their own day. Like, we have President’s Day, you know, back in the day we used to have Washington’s birthday and Lincoln’s birthday and, you know, then we kind of just combined those into President’s Day.

Now it is, it’s all President’s Day, I guess. You can get good deals on mattresses over that weekend if you’re into that kind of, or you’re in the market for mattress, I guess, but a Donald Trump day, that’s what these idiots want. A Donald Trump day and honest to God for the life of me, I can’t figure it out because when I came across this story, I actually came across it because somebody had posted it on Facebook. A news organization from my hometown here, you actually had plenty of people in the comments, again, this a very right-wing area that follow the news outlets, but they said, this is a great idea. They said, of course, why not? He’s the greatest president we’ve ever had. And, and I still can’t wrap my brain around the fact that there are legitimately people who think he’s the best president we’ve ever had.

Why? That’s the question that these people can never answer why? And if they do answer, they say it’s because, because you undid all the Obama things. Well, what the hell did Obama do that even needed to be undone? I mean, don’t get me wrong, there’s some on the left who think Obama was the greatest or Clinton was the greatest and they’re not. But to think that Donald, to think we just came off the best four years that this country ever have, had, excuse me, that’s delusional. That is full blown psychosis if you think we just left the greatest period in American history, there is something wrong with you. You’re not thinking rationally and you do need help. The last four years were hell. And I’ll tell you this much, they were actually worse for the people who voted for Trump, right? The people who idolize the guy, the people who would love to have a holiday for, you know, national Trump day.

Uh, yeah, statistics show that y’all got hit harder than the people who didn’t vote for Trump. So you’re out there screaming, this was the best four years ever, while your financial situation is worse. You know, your livelihoods have been destroyed. Your jobs have gone away. Oh, and of course, your areas suffered far greater from COVID than the areas that didn’t vote for Trump. So tell me again, why you want to give this guy a national holiday? Unless of course it was to remind yourselves how horrible he was. Like, you take all of Trump day to sit there and air your grievances, like some kind of Summer Festivus about how much you hate the guy. I might be able to get behind that. But honoring this man for literally spending four years playing golf and ignoring the country, if you’re in favor of that, you need to get your head checked.