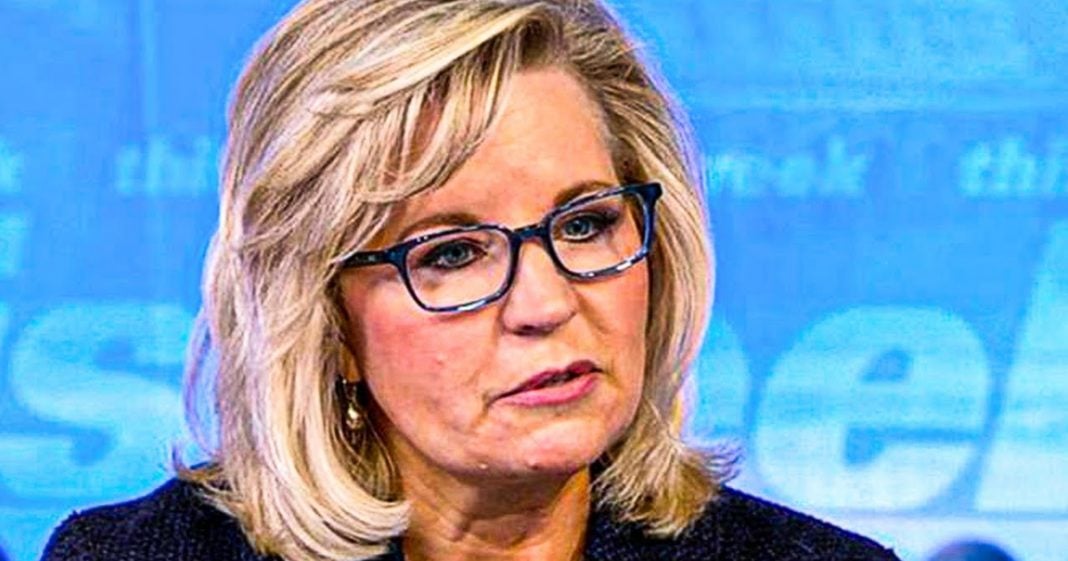 Republicans in the House of Representatives are holding a meeting today to determine the direction of their party, and who will be the leaders moving forward. The group will be discussing Liz Cheney, Marjorie Taylor Greene, and whether or not they will let the crazies win the day. The problem is that the crazies have a much louder voice, and the louder voice in the GOP typically prevails over the cooler heads. Ring of Fire’s Farron Cousins discusses this.

There is a big, big meeting taking place with Republicans in the House of Representatives today, where they’re essentially going to decide who the hell they’re going to be as a political party. Are we the party of Marjorie Taylor Greene, or are we the party of Liz Cheney? And those two names specifically are going to be discussed at this meeting because as Matt Gaetz himself put it, you’ve got a faction who want to kick her out. You got the faction who want to kick Marjorie Taylor Greene out, and then you have the faction, he says, that just wants peace. Now Matt Gaetz didn’t tell us which faction he falls into, but I’m pretty sure he’s on the Marjorie Taylor Greene side of things. Nevertheless, the party understands at least on the surface that they have a problem, problem is they don’t all agree on what the problem is.

You actually legitimately have people in this party in positions of power who think the problems that they’re having are because of the not crazy Republicans, you know, just your standard run of the mill evil Republicans. Like y’all are too nice. Y’all, aren’t crazy enough. You’re the problem. Then you have your evil, but not crazy Republicans who look at the other side and say, you’re making us look bad. We just want to lie to the public and sell them tax breaks based on lies and start wars based on lies. But now you’re over here talking about Jewish space lasers, what the Frick?

And again, I wish I was making that up. I hope everybody does realize that Marjorie Taylor Greene at one point in her life recently said that she believes that the Rothschilds, have a space laser that they used to start the California wildfires. Marjorie Taylor Greene needs to be committed. I’m, I’m not kidding. I firmly believe and again, I’m not a mental health professional, so I can’t say for certain, but based on everything I’ve seen, I would have the woman committed. Like if she ever came down here to Florida, I wouldn’t hesitate to Baker Act her. That’s our 72 hour involuntary holding, hundred percent would have her Baker Acted, put under a psychiatric hold until she can prove that she is not a danger to herself or society. Liz Cheney on the other hand, well, we know the history of the Cheney family. They’re all the same and they’re pure evil, but not crazy.

So that’s what we’re dealing with. We’re dealing with people who think that there are Jewish space lasers starting forest fires or people who think that there are no space lasers, but hey, if the military could make some space lasers, they’d be totally cool funding that while Americans suffer and die, that’s, that’s your two factions in the Republican party folks. That’s what we have and that’s why for the love of God, we need more than two parties in this country. Because right now we only have one functioning party and I can promise you that’s not good. So after today, maybe we’ll see where the Republican party wants to go, but unless it’s straight into the garbage, I can promise you it’s not going to be anywhere that the rest of us would want to see them go. There is no good outcome from today’s meeting folks because either the evil people are going to win or the crazy people are going to win and that means the rest of us are definitely going to lose.