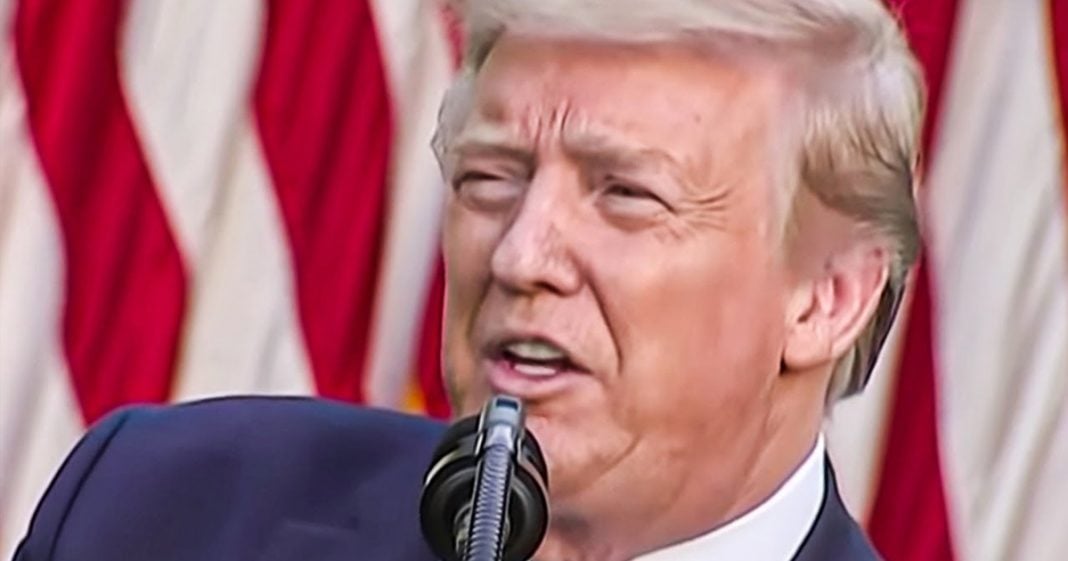 Donald Trump has managed to rebound rather quickly from the exodus of his impeachment legal team by hiring two new lawyers. And they are both pieces of work. One of them tried to offer Bill Cosby immunity and the other met with Jeffrey Epstein just days before Epstein was found lifeless in his cell. These lawyers don’t give the President very much to be optimistic about, as Ring of Fire’s Farron Cousins explains.

Apparently Donald Trump has decided he is not going to take Steve Bannon’s advice and he will not be representing himself in next week’s impeachment trial even after his five attorneys quit over the weekend, he somehow managed to very quickly find two people to replace the five who left him this weekend. And, I gotta be honest, these two individuals are, they’re real pieces of work and that’s, that’s putting it as nicely as I can. Two men by the name of, first one is David Schoen, the second one is Bruce Castor Jr. Now Castor, this is from Business Insider, served as the district attorney of Montgomery County, Pennsylvania from 2002 to 2008. In 2005, Castor declined to prosecute Bill Cosby for the sexual assault of Andrea Constand. He claimed insufficient credible and admissible evidence exists upon which any charge against Mr. Cosby could be sustained beyond a reasonable doubt. Years later after Cosby had been accused by more than four dozen women of similar sexual crimes, Castor asserted that he’d verbally offered Cosby an immunity deal in which he declined to prosecute the former sitcom star in criminal court to ensure that, that Constand would be able to sue him in civil court.

That’s, that’s not exactly how it works, but cool. You’re now Trump’s lead attorney for his impeachment trial, along with David Schoen who defended Roger Stone in his trial for witness tampering, obstruction, obstructing an official proceeding and making false statements in relation to Robert Mueller’s Russia investigation. Hmm. And Stone would, would be in jail for that if he hadn’t gotten that pardon from Trump. So we, we, we’ve seen what Mr. Schoen here can do in court and, eek. Schoen also for some reason met with Jeffrey Epstein days before Epstein was found dead in his cell. And Mr. Schoen says, hey, there’s no way this dude committed suicide. But why, why, why were you even meeting with him? That’s kind of what I want to know. Like, I don’t care if you think he did or he didn’t. I want to know why you were meeting with him.

That, that to me seems like the thing reporters need to be asking, like, what were you doing there? Why? So there you have it folks, that is Donald Trump’s dream team. That is his, uh, that’s the team that’s going to defend him in the impeachment. I honestly think at this point he might be better off representing himself, but here’s the thing, we also know now a little bit more has come out about why the other five lawyers left and that’s because Trump wants to make the impeachment about election theft. Yeah. That’s, that’s his defense for everything he did. I was gypped. I was robbed. No, no, you weren’t. Your own DOJ said that you weren’t. Everybody knows that you weren’t, except for your hardcore brainwashed cult members. We all know the truth and besides that’s not even the issue at hand. Like, if you went into an actual court for impeachment and tried to make that argument, the, the judge would stop you, right?

I mean, the prosecution would object to that citing relevance and the judge would sustain that and then you wouldn’t even be allowed to say that anymore. So there goes your entire legal argument, of course, impeachment trials in the Senator are a little different. So this will be an interesting one. We all know what the outcome is going to be. The only question is how big of an ass Trump going to make of himself or are his lawyer is going to make of him in the proceedings. That’ll be fun to watch, even if we all know that this thing isn’t gonna have the outcome that we’d like it to.