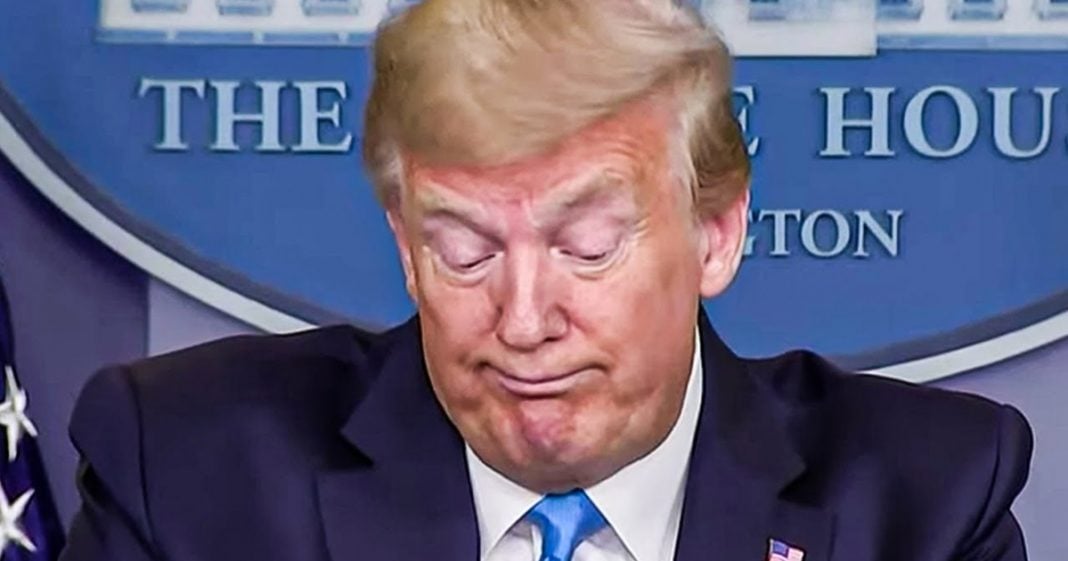 Donald Trump and the Republican Party managed to raise more than $255 million in the months following the election, most of this under the guise of “paying for legal challenges” to the election. But an analysis of the spending shows that only about $10 million was spent on challenging the election, while the rest either went towards paying off debt or just went straight into the Republican Party’s war chest. Ring of Fire’s Farron Cousins explains what happened.

Recently, it was reported that Donald Trump and the Republican party had raised $255 million since November’s election. Most of that money was raised under the guise of helping poor Donald Trump and poor Republican party fund all these legal challenges to the election. Hey, filing lawsuits ain’t cheap. Hiring lawyers is even less cheap. So yeah, we needed lots of money. We needed millions of dollars and of course, all these gullible Republicans and Trump supporters went out there and they said, here, take my hard earned money, take it, fight for what’s right. Remain our president. We love you so much and you’re going to do this thing and we love you. And now it’s been reported that out of that $255 million, only 10, $10 million was actually spent on the legal challenges. $245 million went, where? It went to advertising from Trump. He bought ads. He was buying ads after the election, he spent like over $10 million in December running ads.

A lot of it went just straight into the coffers of the Republican party. So now they have that in their little war chest. Thank you for the money idiots. We’ve got it in here now, we’re going to use it in the future. And of course, as Trump’s campaign actually stated clearly in the emails, a lot of it was going to go to just pay off their debts. So $255 million raised, most of it now sitting in Republican campaign coffers, $10 million went towards what they actually said it was going to be going towards and Republican voters, Republican party supporters, probably not going to read this report, probably not going to watch this video. You’re none the wiser, ignorance is bliss, right? So that way you don’t have to think about the fact that you just forked over your hard earned money for a thing and that thing never even happened.

Hell, at this point, we don’t even know if Rudy Giuliani has been paid for his legal work over the last couple of months. I mean, look, he really didn’t earn any money. He embarrassed himself. But hey, look, he devoted his time. You got to give the guy a little something. But again, last we heard is Trump has not paid his legal bills to Giuliani. So that’s, that’s fun for him. You got swindled, you got conned and to be honest, is that not the perfect bookend of the entire Trump administration, his supporters getting swindled by him one last time, because that’s what he did best. That’s what he did from the very beginning. From the moment he descended upon that escalator down into the crowd and said, I am running for president. It was a grift. It was a big con and he won. Not just the 2016 election, but in the end, he won.

He beat you, you fell for it and when you fall for it, he wins. When you fork over your hard earned money, he wins. You got nothing out of it, nothing. Even if he had spent the entirety of that $255 million on those election challenges, you still would have lost. But the fact that he used that to settle his debts and the Republican party used you as well so they could just keep that money for the next election cycle. You gave that money to them on false pretenses. Now there’s already one lawsuit from one wealthy donor about this saying, you told me it was for this, but you didn’t spend it on that. I want my money back. So Republicans pay attention to that lawsuit because if it’s successful, may have a new class action on our hands. Y’all need your money back. I’m sure you’d like to have it back. So watch that lawsuit and let’s see how it turns out and we’ll go from there.