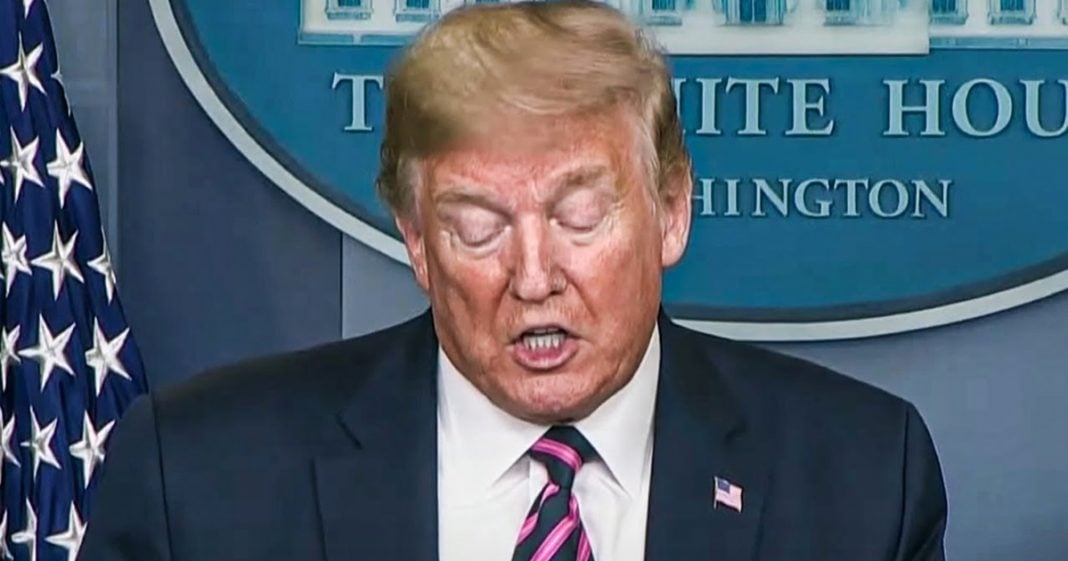 Top officials from the former Trump administration spent last October actively lobbying AGAINST giving states more money to deliver and administer COVID vaccines. This news was apparently well-known by members of Congress, but for some reason it is just now being reported. This gives us deeper insight into just how badly the administration screwed up the pandemic response, and how little regard they have for Americans. Ring of Fire’s Farron Cousins discusses this.

According to shocking new reports, members of the Trump administration actively lobbied this past Fall to not send States more money for the vaccine rollout and the administration of the vaccine itself. Leading the charge was a man from health and human, health and human services, excuse me, by the name of Paul Mango and he was the former deputy chief of staff for policy at HHS. And he is the main one and he has admitted to this in an interview with STAT news that, yeah, I fought for them to not send States more money to administer the vaccines because as Mango says in his own words, we had already given them, you know, like $200 million and they weren’t using it. So why would we send them more? And here’s the thing, Mr. Mango, they were saving the money for the vaccine rollout and distribution, and it wasn’t enough. $200 million is not enough for most States in this country to roll out anything.

You couldn’t deliver donuts to every eligible resident in most States for $200 million. And you think that’s enough for them to be able to distribute vaccines? I don’t know, maybe in some of your less populous States out there in the, you know, kind of Western United States, I guess, Midwest, whatever, you know, perhaps in Wyoming, maybe Montana, South Dakota, maybe, maybe that’s enough, but I seriously doubt that. So yeah, that’s why they weren’t spending the money because they knew they had to hold onto it because they knew they were going to need it and more when the vaccines became ready two months later, and that is of course why we have seen such horrendous rollout of the vaccine since then, because they didn’t have the money because members of the Trump administration said, no, y’all you don’t need it. Now, the story gets even sicker and this is the part that it, it annoys me that everybody’s kind of glossed over here in the reporting of it, and that is that again, Mango admits, yes, we did this. But the second thing, STAT news who’s reporting on this says that congressional aides from both sides, Democrats and Republicans confirmed that this is what happened, starting in October.

So they knew. It’s February 2nd now, the story was reported February 1st, the lobbying started in early October and both sides of Congress knew this was happening. Why didn’t they say anything? Why didn’t they come out with this information? Why weren’t there massive reports at the time? Why didn’t any of these congressional staffers go to the press and say, whoa, y’all aren’t gonna believe this right before the election. Guess what they’re doing? Why, why? That to me is the part that’s mind blowing, right? The Trump administration not wanting to pay for States to have vaccines, totally predictable, not surprising at all. The fact that nobody on the left or right, who knew this was happening, went to the press about it. What else are they hiding is all I can say about that because if you’re not willing to tell us this, than I’m willing to bet there’s a heck of a lot more you’re keeping from us.